Rotting Mansion in Barton Heights to Get New Life 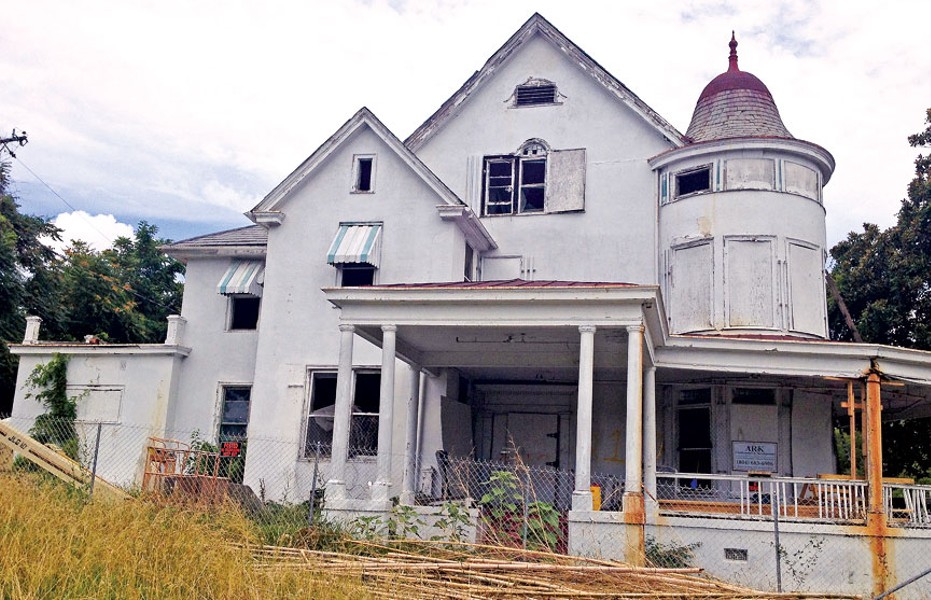 A new owner is working to overhaul a historic mansion that's stood rotting in Barton Heights for more than a decade.

Corner Minor, as the house is known, started life as the home of James H. Barton, the unscrupulous developer who built out the neighborhood that carries his name.

Barton constructed the house in the early 1890s, though he got to live in it only a few years. He fled town under the cover of darkness in 1896 after the Ponzi scheme he used to develop the neighborhood collapsed on him, according to an entry in the National Register for Historic Places. In short, he was using profits from new sales to build houses that he'd sold — and the practice caught up to him.

Richmonders found various uses for his mansion through the years — as a home for unwed mothers, a polio treatment center, a sanitarium and a nursing home. But for the past decade it's been vacant, taking in water through its gabled roof.

Clark Glave, the owner of Ark Construction, purchased the property in May with a group of investors for $425,000, according to city records.

Glave says he's only just begun the process of applying for permits and federal historic tax credits that will allow him to complete the multimillion-dollar project. The house sits on a large lot at the eastern terminus of Roberts Street.

Plans remain loose, but Glave says he hopes to put 18 apartments in the building.

He says he found the property while riding his bicycle. "It was just like, 'Oh, this would be really cool to dig out,'" he says. "I love old abandoned homes and, here's this scary old asylum on top of the hill."

Glave's company specializes in historic rehabs. He says he's worked on structures throughout the city, in some cases with the Historic Richmond Foundation. Among those properties is the Victorian house that sits just inside the gates of Hollywood Cemetery.

Corner Minor is in particularly bad shape, he says. In the decade it's been empty, scrappers took windows, molding, wiring and whatever else they could steal.

The home also is clearly haunted, he says.

"The first time I went through it I had to sing 'Amazing Grace' at the top of my lungs just to get through it all," he says. He relates a story about a door that refused to stay open. After getting fed up and wedging it open in a permanent way, he came back to find the door ripped off its hinges.