The head of the Episcopal Diocese of Virginia discusses the church’s controversial new stance on homosexuality and how the church can stay together. 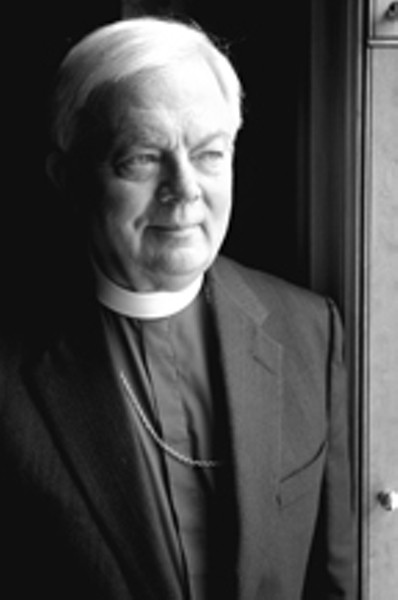 Style: How do you urge parishioners to remain united and devoted to the church despite their feelings about recent policies the church has adopted regarding homosexuality?

Lee: I try to stress that our union is in the mission of Christ to all people and that in the Episcopal Church we have room for differences. For example, we have pacifists in the Episcopal Church and people who believe that a just war is a possibility. Those are incompatible positions in terms of war and peace. I believe we also have people who believe gay and lesbian people should have complete and full access to leadership positions in the church, and there are clearly many who don’t believe that. What I advise people to do is to stay in touch — especially with those whom they disagree — so each can learn from the other.

What do you believe to be the most important consideration over the next few weeks, as Gene Robinson is ordained as a bishop of the diocese of New Hampshire?

That people who disagree stay in touch of each other and to listen respectfully and carefully to each other. And for people not to act on their emotions. There will clearly be another media spike just about the time that [Robinson] is ordained — assuming that his ordination continues, which I think it will. But the archbishops of the Anglican community met in London last week and certainly indicated a sympathy to people who are unhappy with this consecration and a desire to find ways to keep people together in the broader Anglican community.

You identified your consent to Gene Robinson as a choice of hope for God’s grace over the fear of change. While many faith communities consider tradition to be the cornerstone of one’s faith, do you feel that changing times require a change in doctrine?

The fundamental doctrines of the Christian faith, in terms of our belief in Jesus Christ, his death on the cross for our salvation, of understanding God as a triune God, a Father/Son/Holy Spirit, those don’t change at all. But it seems to me that in every generation, the church has and does understand God’s movement in new ways. Witness how the church changed after thousands of years its position of slavery. In the Episcopal Church, we changed our position of women in ordained ministry. Our doctrine doesn’t change, but our understanding of the implications of doctrine does change.

There’s a threatened financial boycott from conservative Episcopalians and there is talk of a schism. What would you say to those individuals who have spoken of action against the church in response to this issue?

I think people who are very frustrated with this decision often feel that designating their contributions so they won’t go to a diocese whose bishop consented, or on to the national church is, for some of those people, the only way they can register their protest, and I understand that even if I disagree with it, because that kind of financial pressure is a very blunt weapon, and it damages ministries that everybody agrees with. But I do understand that in a system that is supported by voluntary contributions, that’s the way people can make their statement. In terms of the threat of schism, my hope and prayer is that people can, on quiet reflection, understand that splitting from people with whom you disagree does not make your point. Staying together, so that other people have to take you into account, is a much more effective way of making your point.

Gene Robinson’s consecration became an issue for the general convention only because it occurred within 120 days of the convention. How would his appointment been received had it not been dealt with on a national scale?

Do you think it would have received as much media attention?

I don’t think so. Having the debate in public in Minneapolis was very open. There certainly would have been some media attention, but not as much.

Do you have any predictions for the future of the Episcopal Church?

This is a church that has been able to hold together from our very beginning, very strongly held difference. Even from the 16th century, we’ve held together basically Protestant and Catholic views, and I am optimistic that as a church in the long term, we’ll be able to hold together because of that history. The Episcopal Church during the time of American Civil War, for practical purposes, we divided during the war so that ministry could continue. But in the summer of 1865, right after Appomattox, we reunited. So, I’m optimistic about the church staying together. S