Richmond Ballet gears up for a weekend of Prokofiev’s “Romeo and Juliet.” 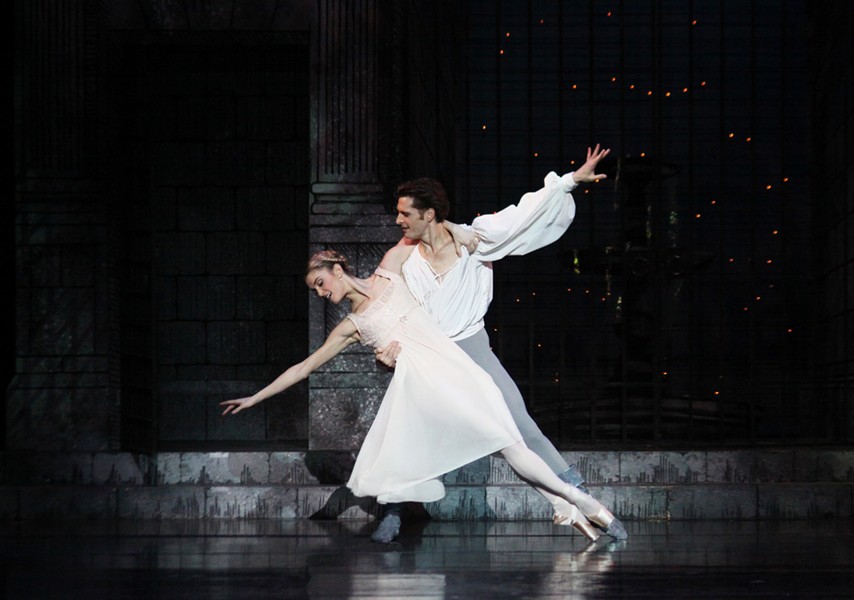 Sarah Ferguson A publicity still of Valerie Tellmann and Kirk Henning from the 2016 version of Richmond Ballet's "Romeo and Juliet" by Malcolm Burn. This weekend, for three shows only, the Richmond Ballet will perform Prokofiev’s ballet accompanied by the Richmond Symphony.

The original ending of Russian composer, pianist and conductor Sergei Prokofiev’s balletic adaptation of “Romeo and Juliet” would likely shock Shakespeare scholars: It was happy.

In that version, composed in 1935 and based on a synopsis by Adrian Piotrovsky, Romeo would be stopped from stabbing himself by Friar Laurence in the Capulet crypt. Juliet would then awaken from her potion-induced slumber, the stage would fill with dancers, and all would live happily ever after.

Whatever Shakespeare would have thought of the change, Soviet cultural officials weren’t having it, and the ballet was postponed. In 1940, a significantly revised version – with the ending changed to the traditional one – debuted in what is now Saint Petersburg. Despite Prokofiev’s objections to changes in his score, the ballet received international acclaim and the State Stalin Prize.

Now one of the most beloved scores in the ballet repertory, Prokofiev’s “Romeo and Juliet” might be best known to laypeople for “Dance of the Knights,” the second movement of the piece “Montagues and Capulets.”

This weekend, for three shows only, the Richmond Ballet will perform Prokofiev’s ballet accompanied by the Richmond Symphony. Malcolm Burn, the show’s choreographer and Richmond Ballet artistic associate, says his interpretation focuses more on the characters of the story than on trying to create a spectacle.

“It’s based in the characterizations of all the characters of the play. Originally [I wasn’t] going for spectacle at all, just going to tell the story in the plainest way,” explains Burns of the dance he’s staged numerous times. “You can’t fight Shakespeare and you can’t fight Prokofiev. You’ve just got to let them say what they’re going to say.” 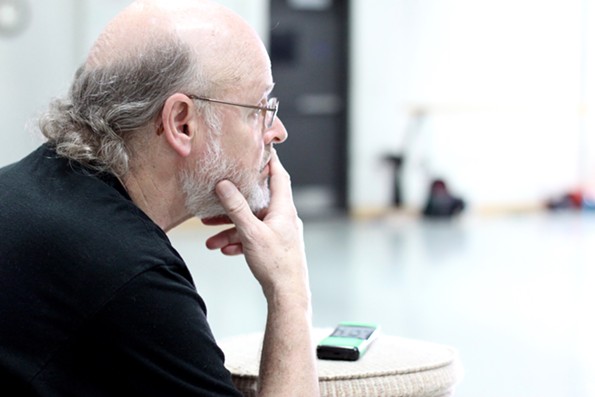 Burn’s first production of the show took place in 1977 in New Zealand with just 23 dancers. Over time, Burn’s staging has grown to include roughly 60 performers. While essentially still the same show, Burn says his production has morphed over time, including the characters it focuses on.

“When I was young, it was all about Romeo and Juliet and Mercutio. It was all about the young guys,” says the New Zealand native who’s been a part of the Richmond Ballet for 35 years. “As I got older, the priest became incredibly important, and [Lord and Lady] Capulet.”

Burn says that part of putting the focus on the characters involves Charles Caldwell’s set design for the show. As the set is gray and white, the color on the stage comes from the dancers’ costumes and props.

“It almost invites the audience up onto the stage with the dancers, as opposed to [a] spectacle where you sit back and you watch,” says Burn of the work that the Richmond Ballet first staged in 1995. “It [brings] the audience into the marketplace, into the crypt, into the ball. Really, right up there with them.”

Even for audience members unfamiliar with the story of Romeo and Juliet, Burn says the plot of tragic young love should be clear from the dancing and the score.

“You don’t need a program, and if you’ve never read the play, by the end of the ballet I think you’ll know it,” he says. “Come and let the story and music sweep you away. Seriously. Sit back and join in.”