Two stations battle for the hearts and minds of Nirvana fans. 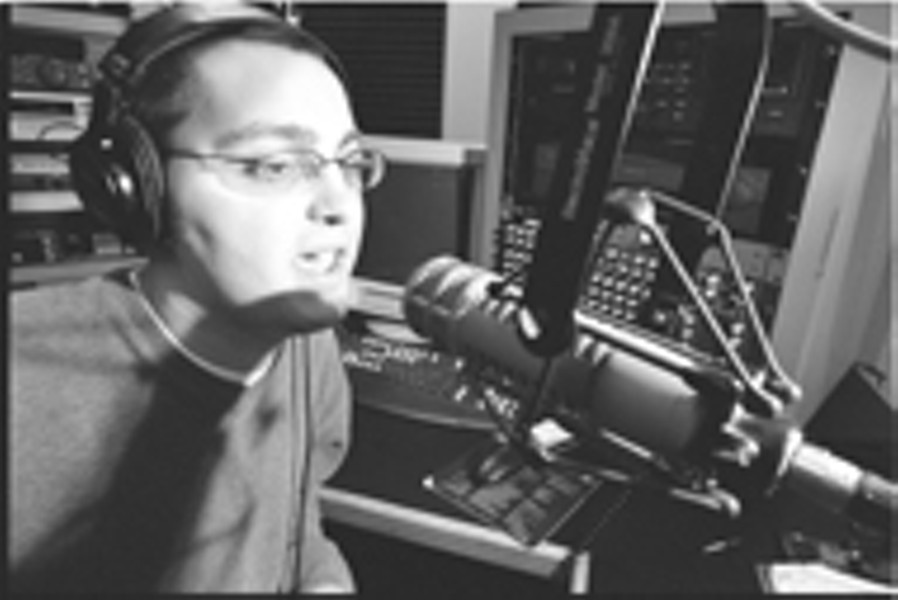 "I was really dumbfounded," says Bill Weston, operations manager for WDYL-FM. "I was flabbergasted."

The X was going after Weston's listeners.

Since 1999, WDYL 101.1-FM, better known as Y101, has positioned itself as the Richmond region's home for what is loosely termed "new-rock" or "alternative" music — a mix of aggressive, metal-tinged rock and art-pop from artists such as Beck, Nirvana and the Red Hot Chili Peppers.

Now, just down the dial, WRXL 102.1-FM had turned into a virtual clone of Y101- the same bands, the same sort of sharp, smart-ass commentary from DJs.

To rock-radio listeners, the change in WRXL has been a shock. XL102 has been the area's plain-old-rock station since 1976 — a history long enough for it to be known in the trade as a "heritage station." For much of the 1990s, XL102 was throwback to the FM-rock heyday of the 1970s and '80s. It used to call itself the "big rock station," and that was the feel long after the slogan was dropped — Iron Butterfly rubbed shoulders comfortably with Lynyrd Skynyrd; the Cars played next to Rod Stewart.

But in the 1990s, like many FM rock stations, XL102 started adding some less-mainstream-sounding music to its playlists, like Smashing Pumpkins and Beck.

"Basically, the station was kind of in the middle of two formats," says Bill Cahill, vice president of programming for Clear Channel Virginia, which owns WRXL. In the last 10 years the station had developed a split personality."

This was a problem. WRXL's parent, Texas-based Clear Channel Communications, arguably is the most aggressive and successful radio-station company in the world. At last count, Clear Channel owned or operated 1,240 radio stations across the United States. Last year the company recorded $3.5 billion in revenue from its radio-broadcasting arm alone. Clear Channel, which also owns a billboard business and a concert-promotions division, has been on an aggressive growth spurt. Clear Channel's overall revenues grew from $2.7 billion in 1999 to $8 billion in 2001. (All that growth has come at a cost — the company lost $1.1 billion last year.)

XL102's ratings had become stagnant. The station had some powerful assets — most notably, a 50,000-watt signal that on good days can be heard in Chesapeake. But it didn't have a clear identity that would appeal to a demographic group that advertisers would like.

So the station picked an identity, Cahill says: "We think there's a better future in the new rock."

And what is this new rock? It's a format that appeals to people ages 18 to 34, the same demographic being so avidly chased by MTV and the Thursday-night sitcoms. ("Don't say 'the "Friends" demographic,'" begs Cahill. "That sounds all wrong." OK.)

Of course, this terrain already has a stakeholder in Y101, a 6,000-watt station owned by Cox Communications. Cox, with 71 radio stations nationwide, is a speck compared to Clear Channel, making this situation kind of like David and Goliath. Or something.

"We're kind of like the Mini Cooper vs. the big, fast Cadillac," says Y101's Weston. "But sometimes being a Mac is better than being Microsoft," he adds, before acknowledging, "It's an interesting Coke vs. Pepsi battle."

Clear Channel has pursued a high-profile campaign to reposition The X as the station for edgy 20ish people. Just three weeks before WRXL switched formats it dropped its morning show hosted by Dee Snider of the cross-dressing '80s band Twisted Sister. Now, The X runs "Elliott in the Morning," a self-consciously crass mix of talk, banter and guests. The show is based out of WWDC-FM ("DC101"), a Clear Channel station in Washington, D.C., that is all but identical to The X.

The station's image: "We're the station by and for people who love this music," Krukowski says.

To get the word out, WRXL has splashed its big, scrawled X logo on billboards and stickers. And it has put on an endless series of on-site broadcasts from DJs. "In the past few months," says DJ Eric "The Eric Show" Olson, "I did an AllTel. I did an nTelos. I did an Advance Auto Club. I did a Platinum Club wet T-shirt contest. That was tough." Behind the scenes, the station has wooed advertisers with reduced rates.

In Krukowski, a twenty-something, glasses-wearing, close-cut DJ, The X has someone who knows the terrain. He came to Clear Channel from Y101, which he joined in 1999 for his first real DJ job. He left Y101 in 2001, when its then-owners were preparing to sell.

But in Richmond the market for new-rock listeners is only so big. So why has WRXL moved into it?

When it comes to explaining Clear Channel's move into Y101's territory, "I'm clueless. I have no insight whatsoever," says Bob Corbin, who runs VARTV.com, a Web site devoted to the radio and television industry in Eastern Virginia. "It's not like 101 is the No. 1 station in the market," Corbin says. "Y101 is just in the middle of the market, just like 102 was. I just don't know what this thing is about."

Perhaps it's simply a sign of Clear Channel's famous aggressiveness, Corbin suggests. He points out that earlier in Richmond, Clear Channel turned the former Oldies 106.5 into an urban station to compete with No. 1 station Power 92 ("a good move on their part," Corbin adds — ratings went up sharply).

In the case of The X vs. Y101, the jury is still out. Recent monthly Arbitron reports show Y101 jumping to fourth place among listeners 18-34 years old while The X is in seventh. But the ratings that really count won't be out until this spring.

Meanwhile, the battle of grunge rolls on.

"I'm sure someone somewhere thought it was wise to go after our little 6,000-watt station," Y101's Weston says. "We do not aspire to be number one — because of the station and the signal that we have, we are just trying to find and keep our niche. … They say competition makes everybody better. I guess we'll see."

Says The X's Krukowski: "Competition is what it's all about. It keeps the blood flowing."