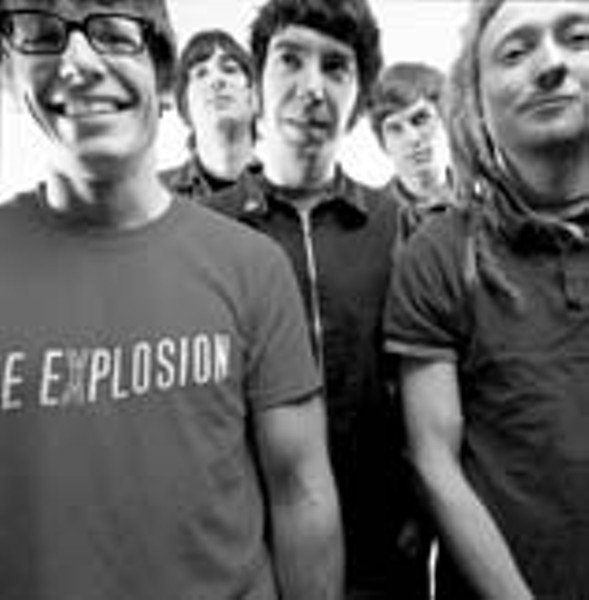 Now if we could just get rid of that annoying food law.

Most venues haven't booked more than a month or two ahead, so these highlights just take us through the beginning of March. So far, the big name looming on the horizon is that of sassy queen Elton John, who brings his Peachtree Road tour to the Richmond Coliseum March 8. Let's hope he doesn't refer to the Richmond media as "rude, vile pigs."

Innsbrook After Hours celebrates its 20th anniversary with more Southern rock, beer trucks and wristbands. We're told the Allman Brothers and B.B. King are possibilities. The Friday Cheers schedule at Brown's Island was still unreleased at press time, but the annual Cinqo de Mayo festival is scheduled there for May 1.

For local music hit The Canal Club for local rock Thursdays sponsored by 102.1 the "X." At Nanci Raygun, synth-pop band The Gaskets play Feb. 1 and the likely-to-be-signed-soon Delegate plays Feb. 4. Punk group Strike Anywhere plays Alley Katz Feb. 3. Roots rockers The Taters have several dates planned throughout the spring — go to www.thetaters.com for details. Former Richmonders One Ring Zero bring their literary circus to town Feb. 4 for a double-header: Chop Suey Books at 6 p.m. and Mojo's at 9:30 p.m. Plus, these are some other local rockers gathering momentum that could feature prominently in 2005: RPG, Heath Haynes and The Crying Shames, VCR, Suzikiton, Man Again, Atomizer and Throttlerod — stay tuned for Style's annual Music Issue May 11 for more. — Brent Baldwin

Former arts editor of a weekly newspaper in Northern California, Brent Baldwin returned to his native Richmond last year. He once caught the original Van Halen at the Richmond Coliseum and still fondly remembers magic burritos at The Hole in the Wall. He also contributes to The Village Voice's annual music critics' poll.