Three Richmond bands square off for a spot at Lockn’ Music Festival.

A Richmond band could open for one of the Allman Brothers' final shows. And if that weren't enough, it will share a bill with Wilco, Willie Nelson, Widespread Panic, Soja and Grace Potter and the Nocturnals.

That's what's at stake in a series of competitions, Rockn' to Lockn', that pits local bands against each other for the sought-after Sunday opening spot at the Lockn' Music Festival in Nelson County this September. For up-and-coming bands, it's a chance to play with the greats in front of 25,000 or more jam-band fans.

Three of the four audience winners in contention are Richmond bands that, with Charlottesville's Erin and the Wildfire, will face off for all the marbles Aug. 9 at the Jefferson Theater in Charlottesville. Here are the contenders:

We asked Johnny and Andrew Trongone:

Best thing about the local music scene: All of the musicians, fans, club owners are all extremely supportive of each other. The Richmond music scene is one big family.

Appeal of Lockn': A majority, if not all, of the artists are huge influences. The lineup is incredible.

Final thoughts: The Allman Brothers are one of our all time favorite bands and one of our biggest musical influences, ever. We've been working hard on and off the stage and we believe our sound would be a perfect fit for the festival!

Favorite thing about the local music scene: The quality and community, really it's outstanding. Walk into any bar in Richmond and 99 percent of the time you'll be blown away by the quality of musicians performing seven nights a week. I walked into the RVA music scene at 19 and all I can say is I was welcomed and treated like family. Many musicians in the scene have been there for me as friends, as family, and passed on knowledge that I hope to pass on to future musicians in the scene.

Appeal of Lockn': Well, for one thing it's in our backyard. But also it's a real rock 'n' roll festival. There are names on this lineup that all of us have grown up listening to and are major inspirations in our music. It's going to be a great time and that's why we all started playing music: to have fun.

Final thoughts: I think we have all already won. It would be an honor if we do win, but all of the bands involved are friends and all work very hard. Let's all go have a good time at the Jefferson. … We're gonna melt faces during our set either way. 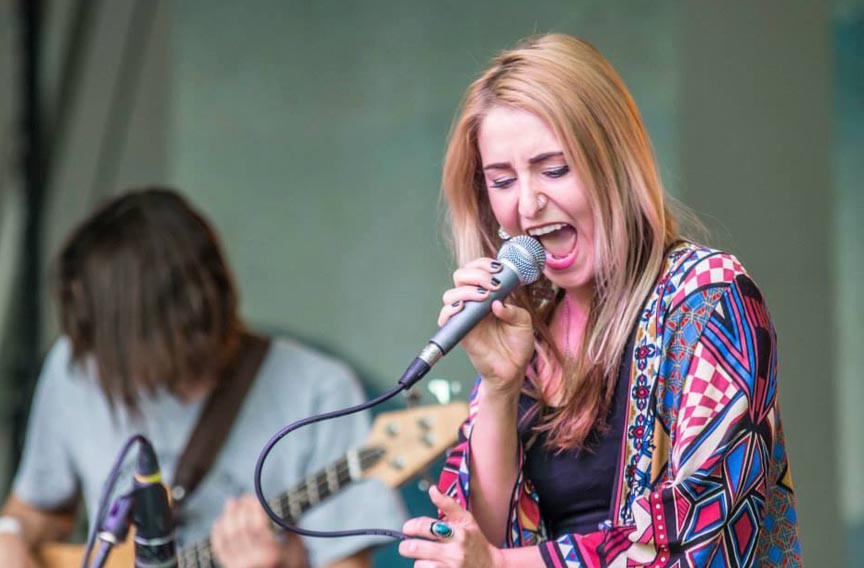 Favorite thing about the local music scene: That it's growing, that a lot of people in Richmond are willing to reach out and help it advance. I haven't noticed much of a competitive quality among bands but instead a feeling that we are all in this together, helping the scene grow.

Appeal of Lockn': The opportunity to get in front of a large audience with similar musical tastes that blend well with what we are doing. That is huge for us.

Final thoughts: Music is not competitive, so we aren't thinking of it as winning or losing. We're just going to do what we want to do and if there are enough people out there who enjoy what we do, then we'll be able to continue to do it.