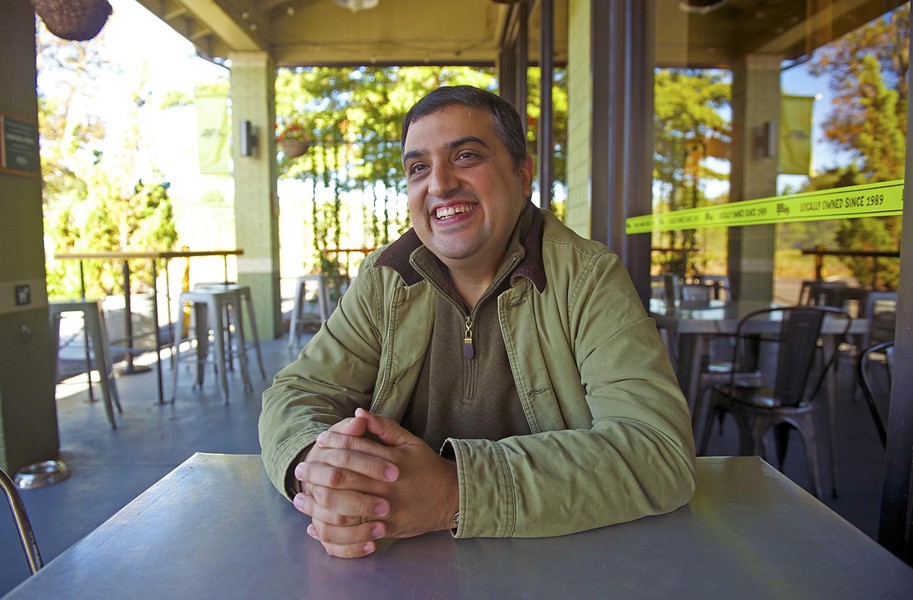 Roben Farzad is an idea man. But he knows how to get those ideas out, too. His radio show and podcast, “Full Disclosure,” can be heard on NPR One, WRIR-FM 97.3, Soundcloud and downloaded via iTunes and Stitcher.

The show airs thought-provoking interviews from an economic perspective with local guests you might recognize, plus big-name journalists, high-powered business executives and pundits.

One example of Farzad’s unorthodox approach to business coverage: He interviewed Trevor Rabin, guitarist with classic-rock band Yes about bassist and Yes co-founder Chris Squire. The title of the episode was “Remembering the CEO of Yes.”

He took a leap of faith in 2013 when he moved to Richmond.

New York and Goldman Sachs had been the first stop for the Princeton and Harvard graduate, but the Iranian-American Farzad was lured away from Wall Street by journalism. He spent nine years at Bloomberg Businessweek as a senior writer and contributing editor, covering international finance and emerging markets. He’s appeared on just about every major news show, whether it’s offering commentary on CNN or co-hosting WNYC’s “The Brian Lehrer Show.”

When his son faced health challenges from being born five weeks early, Farzad realized that he needed to make a change. He asked himself whether he should double-down on New York or Washington, he says.

“But I really had to do something for my son,” he says. “It threw me into a bit of a crisis.” His wife had family in the Richmond area, and three years ago, they moved from New York to the West End.

He entered the wild world of freelance journalism and decided to develop a public radio show. Along the way he managed to meet almost everyone in Richmond. Hyperbole aside, Farzad has a way of charming others with his infectious enthusiasm for all things Richmond, reminding them what makes the place special.

People told Farzad that Richmond wasn’t a public radio town, but he was able to convince Virginia Commonwealth University and the Martin Agency to provide seed money. Ellwood Thompson’s Local Market sponsors the show. “If you love your city enough, if you love your children enough,” he says, “if you love your doughnuts enough, you’ll make it happen.”