Roaring at the Landmark

The pageantry of “The Lion King” overcomes narrative missteps. 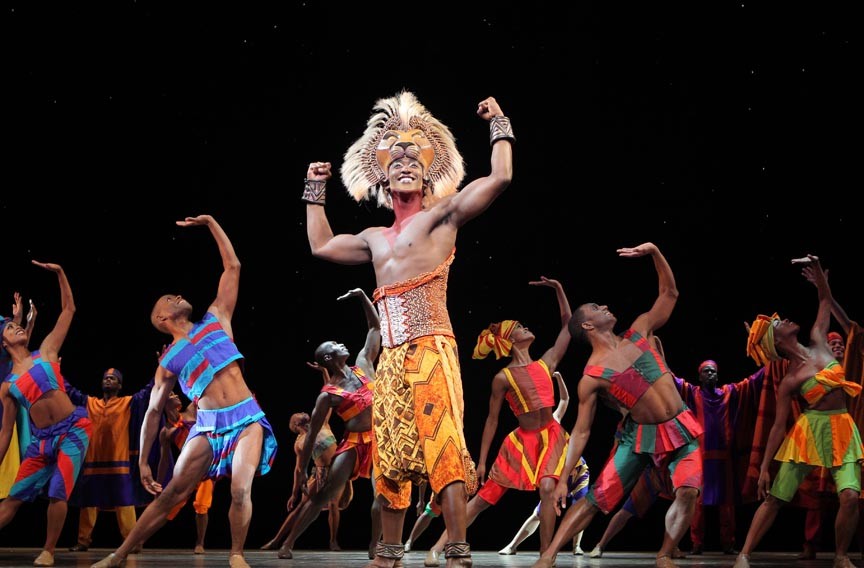 With its revolutionary puppetry, overflowing pageantry and stunning stagecraft, the national tour of “The Lion King” is the very definition of a live theater spectacular. Even so, I went to a recent performance at the Landmark Theater with my critical blades sharpened: A version of the show I had seen some eight years ago in Norfolk had been disappointing, with indistinct technical elements and the fumbling of key dramatic moments.

By the end of evening, any quibbles I might have had about the current production were swept away in the grandeur of the proceedings. The opening “Circle of Life” animal parade prompted audible gasps from youngsters in the crowd: swooping birds, lumbering elephants, remarkable giraffes that you have to study carefully to figure out just where the human ends and the puppet begins. The technical wizardry extended from this beginning to the very end: Director Julie Taymor orchestrates a truly harrowing stampede, puppeteers animate not just animals but also the surrounding landscape and Donald Holder’s lighting design dazzles throughout.

All the while, the show’s plot plodded along, dutifully following the trajectory of the Disney movie. After the reigning king of the pride lands, Mufasa (Dionne Randolph), is killed by his brother Scar (J. Anthony Crane), Mufasa’s young son Simba runs away, convinced he’s at fault. Growing to an adult under the tutelage of comic sidekicks Timon (Nick Cordileone) and Pumba (Adam Kozlowski), he is cajoled into returning home to fight for his legacy by love interest Nala (Syndee Winters).

While some fairly funny stage-specific antics have been added to bolster the movie’s scenes, some are a little confusing upon reflection. When the puppet version of Zazu, the king’s assistant, gets swept away from a scene is the actor who voices him (Mark David Kaplan) still supposed to represent the character? There is also an odd tendency for Taymor to undercut dramatic tension whenever it builds. Both Mufasa’s death and Scar’s admission of his responsibility for it are followed but momentum-killing dance interludes intrude. Lines of dialogue occasionally got lost in the Landmark’s muddy acoustics.

But these missteps drown under a cavalcade of extraordinary moments. As the grown-up Simba, Jelani Remy has a fine voice and an impressive physicality. Winters shines in Nala’s big solo number, “Shadowland.” The baboon prophet Rafiki is played by Buyi Zama with a voice as big as Africa and comic chops that keep the kids laughing. I don’t think I ever need to hear “Hakuna Matata” again, but even my cold critic’s heart warmed as the strains of “Can You Feel the Love Tonight” started and a gorgeous ballet of courtship played out on stage.

I thought I was immune to the appeal of “The Lion King,” but this production has too much splendor. Resistance is futile.

“The Lion King” plays at the Landmark Theater through March 11. Some performances have sold out, but tickets are available for Tuesday through Thursday performances. Call 800-514-2849 or go to BroadwayInRichmond.com for details.