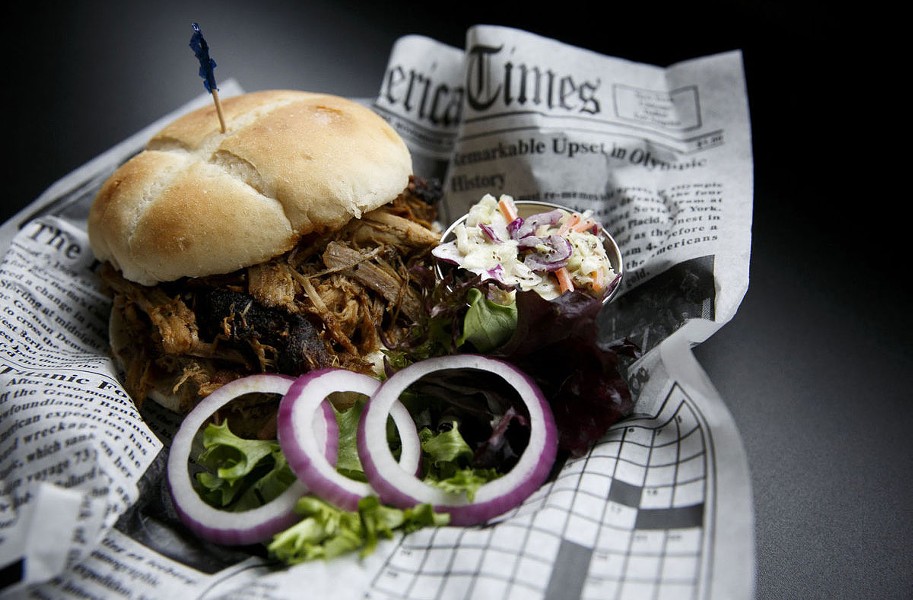 Kristen Zeis The pulled pork sandwich features a surprisingly peppery kick and comes with a side of homemade coleslaw at Twisted Pig Ale and Smokehouse in Portsmouth, Va.

A good roadhouse is a great thing to have on your list of places to go when you’re in the mood for barbecue, music, sports and a come-as-you-are atmosphere. Twisted Pig Ale and Smokehouse, located in the Port Norfolk section of Portsmouth, is one of those places, and it’s worth the trip.

It’s located on Mount Vernon Avenue, in a plain white building with a small sign out front. You’ll need to navigate the parking situation, because the building sits in the middle of the original curb cut. You’ll need to shimmy through along one side or the other. Also, be careful of the parking lot – the winter has not been kind and it needs grading.

We headed there for a visit early on a Friday night and sidled up to the small bar while trying to figure out where to sit. People were lined up at the end of the counter picking up orders to go, while R&B tunes and the crack of a pool game filled the air. Unfortunately, two big groups were coming in, and all the bar stools were occupied for the duration. We decided to revisit the next day when we’d be back in town again anyway.

Things were calmer the following day, and we grabbed a table where we could watch some basketball and enjoy ourselves at a relaxed pace. This is one of those comfortable places where you come for the food and not the decor. Strings of purple lights line the ceiling over the area containing three pool tables. A few high-top tables, plus some low ones, fill the rest of the space, along with plenty of large-screen TVs and a dartboard. One side nook had a stack of lumber that someone was using to renovate the inside.

Twisted Pig specializes in smoked meats and the traditional sides that go with them in this part of the country. The place also concentrates on Virginia brews, and the taps were filled with local and commonwealth favorites. We started with a couple of local brews and dove into the menu after ordering a starter of fried green tomatoes ($8) on the recommendation of our waitress.

The tomatoes were cut to a little under half an inch, breaded and deep-fried, then served with a sauce of spicy ranch. The ranch did not have much of a kick to it, but the tomatoes were absolutely great. They were at the perfect point of cooked, but not wilting. The breading was nice and crunchy. 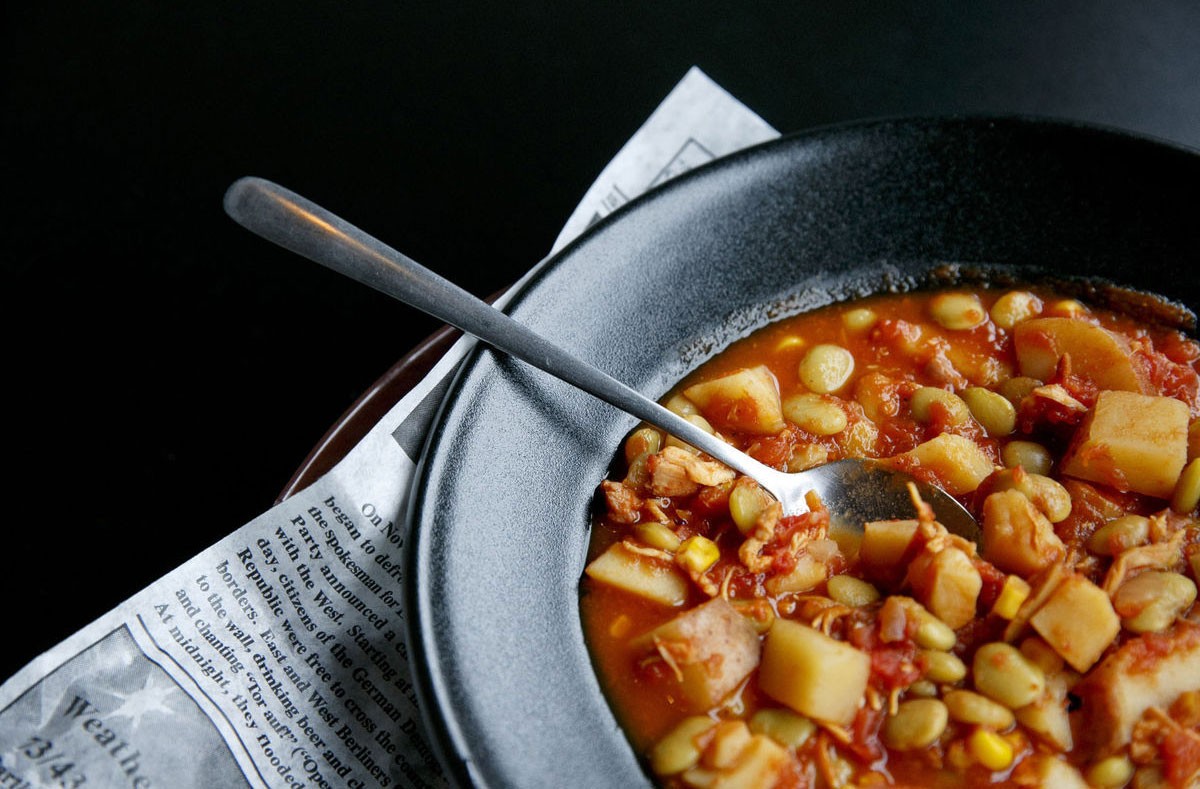 Moving on to the mains, we skipped the burger and sandwich offerings and went right to the platters. You get two sides with every platter, so we were also able to get the ham biscuits we had been craving since seeing them on the board the day before, along with the classics – coleslaw, mac and cheese, and green beans. A few of the sides have a small upcharge.

The sampler ($15) provided an excellent assortment of things from the smoker. The chicken wings were OK, but nothing to send you over the moon. The pulled pork, brisket and pulled chicken, however, all had lovely smoked flavor. The pulled pork had an extra pepper kick to it that was a pleasant surprise.

I went with a full rack of ribs ($19), since we had brought a cooler in anticipation of leftovers. They were fall-off-the-bone tender. The hickory smoking was pleasant, permeating through the meat and providing a nice tangy bite. The Carolina, bourbon and spicy sauces were all made in-house and served in a carrier of squeeze bottles. They were all good.

The sides were definitely worth call-outs, starting with the ham biscuits. Oh, my gosh, they were good. A griddled slice of country ham was served between a biscuit that was crunchy on the outside but soft in the middle. I could do a bag of them.

The macaroni in the mac and cheese were al dente, snuggled in a blend of cheeses, then topped off with sharp cheddar. Perfect, according to my companion, who considers herself a hard-core fan. The beans and coleslaw also did the trick.

We did not do dessert, though a couple choices, made off-premises, are offered. I did consider having some more ham biscuits instead.

Twisted Pig Ale and Smokehouse is a fun and friendly place to go. It hits all cylinders on quirky roadhouse atmosphere and food. Put it on your list.