The solution to Virginia's transportation problems might be right here on the Powhite Parkway. 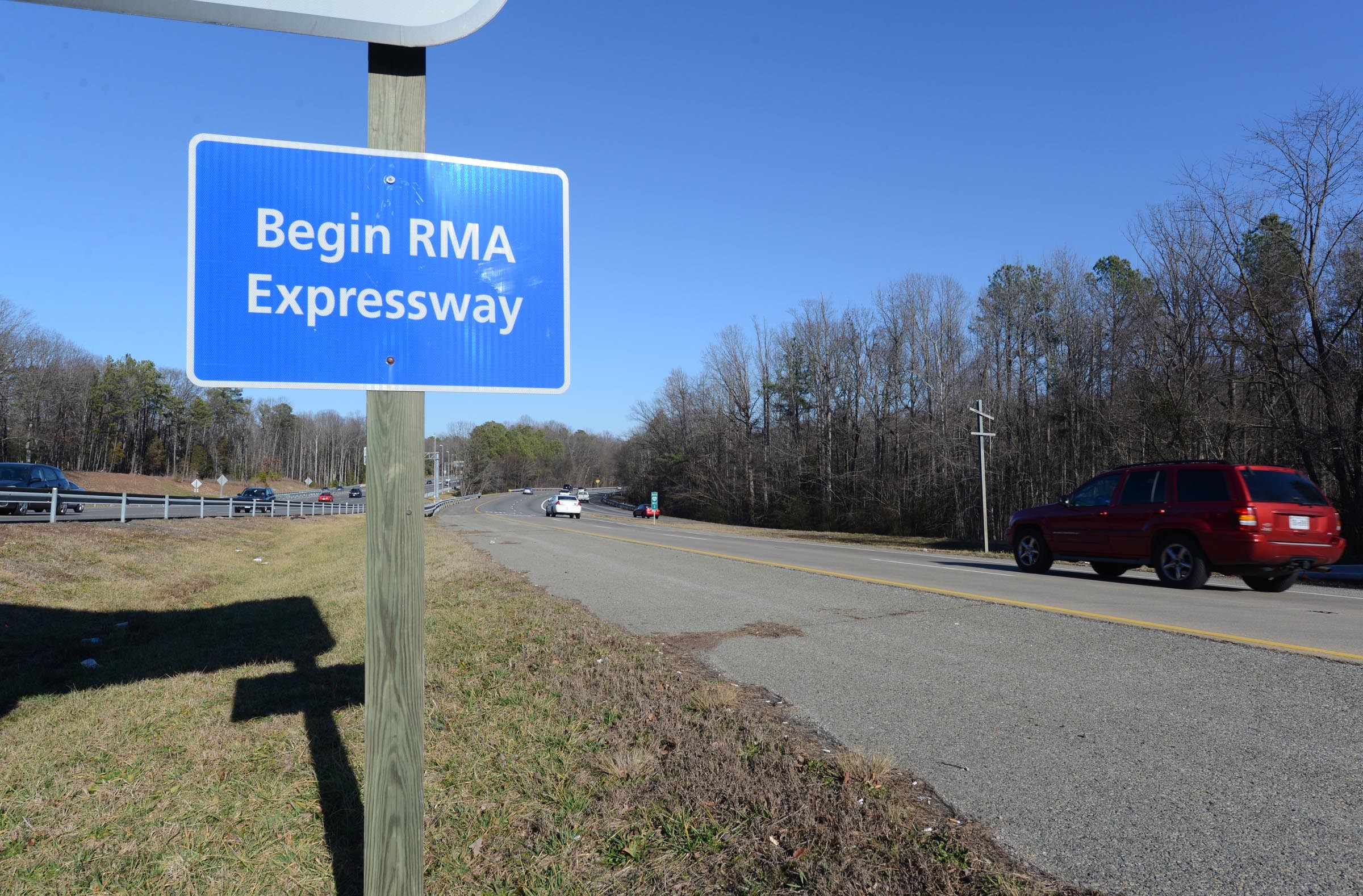 On a typical weekday morning, you get in your car for the commute from western Chesterfield County to your downtown Richmond office. As always, your car shakes and your coffee sloshes from the potholes and uneven pavement on the Powhite Parkway. You mutter while you pay the tolls. Yet after 10.4 miles, you notice that the drive suddenly gets a lot smoother. Why is that?

A little blue sign at the Chippenham Parkway cloverleaf says it all.

The sign marks the switchover from the highway's ownership by the cash-strapped Virginia Department of Transportation to the richer Richmond Metropolitan Authority. An independent political subdivision, the RMA managed to repave its 3.4-mile portion of the road in 2008 and has more funds available for general upkeep.

As for the portion maintained by the state, the road hasn't been repaved since it was constructed about 20 years ago. "It's lived its design life and we're getting into major repairs," says Ron Bowman, district maintenance engineer for the state transportation department. There are no plans to repave the state-owned portion of Powhite "in the foreseeable future," he says.

The conundrum illustrates a basic problem with highways in Virginia — the heart of heated debates during this session of the General Assembly, whose anti-tax policies have starved the Virginia Department of Transportation of money for decades.

Virginians are stuck with a road ownership and maintenance arrangement set up about 90 years ago by political boss Harry F. Byrd. To boost economic development during the Model T days, Byrd wanted control of roads tightly centralized in Richmond. Only Henrico and Arlington counties declined to go along with the plan and handle their own secondary roads. "In virtually every other state, local roads are controlled by localities," says George Hoffer, an economics professor at the University of Richmond who specializes in transportation policy.

A few public authorities such as the RMA were set up to build and maintain roads. Generally, they do a better job because they raise their own maintenance funds with tolls and don't have to choose among thousands of different roads when it's time for repairs. The highway department, which spends about $1.8 billion annually on maintenance, is continually short of money because the General Assembly hasn't raised the 17.5-cent per gallon gasoline tax since 1986.

Nor have legislators warmly embraced allowing more local road authorities. Gov. Robert F. McDonnell's new transportation proposal would end the gasoline tax and make up for it by raising the state sales tax from 5 percent to 5.8 percent to generate $500 million for roads within five years. It does nothing to create more local road authorities. The plan also would charge a $100 fee to electric car owners, sparking protests among environmentalists last week at Capitol Square.

Arguing that raising the sales tax is inequitable — with the gas tax, at least, the more you drive the more you pay — some Democratic legislators have a counter-proposal to raise the gas tax and also allow car-clogged Northern Virginia and Hampton Roads to set up political authorities such as Richmond's to build and maintain their roads.

Getting that power frees localities from the ration lines in Richmond. "VDOT uses publicly appropriated funds across the whole system," says Jonathan Gifford, a professor and highway expert at George Mason University. "They have to allocate maintenance spending to interstates and secondary roads."

Such is the case with the Powhite Extension, which opened to traffic in 1988. Unlike the original Powhite Parkway, which crossed the river and ended at Chippenham Parkway, the tolls were insufficient to pay back the $123 million mortgage on the extension. The state had to kick in the rest, and is still paying.

Bowman says that while his department fills potholes and contracts other work such as debris removal on the entire length of the Powhite Extension, the state is hard-pressed to consider repaving, even though repair needs have gone from minor to major. "It's still safe," he says. That's perhaps the only consolation. Bowman's central Virginia district must give priority to interstates 95 and 295 when it comes to maintenance. "We're slowly moving to Route 288 and eventually we'll get to the Powhite," he says.

While tolling authorities have their own revenue streams for repairs — usually tolls and bonds — they're expensive to establish. Generally, they're better in urban areas because rural districts would be hard-pressed to handle start-up costs, such as buying road-repair equipment, Hoffer says. After the establishment of the RMA, the city of Richmond had to front millions of dollars for the construction of the Downtown Expressway and Powhite Parkway in the 1970s. That debt, $62 million in today's dollars, finally was paid off last year.

Stewart Schwartz, director the Washington-based Coalition for Smarter Growth, says he opposes simply switching road control to localities or authorities for the same reason. "Pennsylvania went to local control and found they just didn't have the resources," he says.

"VDOT's been spending billions on rural road projects while allowing the devolution of funding for maintenance," Schwartz explains. Examples are a new highway in the remote and sparsely populated mountains of Southwest Virginia and a new toll road to replace U.S. 460 between Suffolk and Petersburg, even though studies show it will have relatively few users. In the Richmond area, the Pocahontas Parkway proved such a white elephant that it was sold off to an Australian company that's now trying to unload it.

Schwartz says that McDonnell's transportation officials are marginalizing local officials when it comes to roads.

In the meantime, the strange bipolarity of highways such as the Powhite and the problems it creates will remain. The Byrd organization's system will remain intact. McDonnell's transportation plan, one of the hottest topics during this General Assembly session, "does nothing to change things," Hoffer says. The ride on most of Powhite — that's the portion managed by McDonnell's administration — will remain bumpy. S