Broadway in Richmond’s “Pretty Woman: The Musical” comes to Altria. 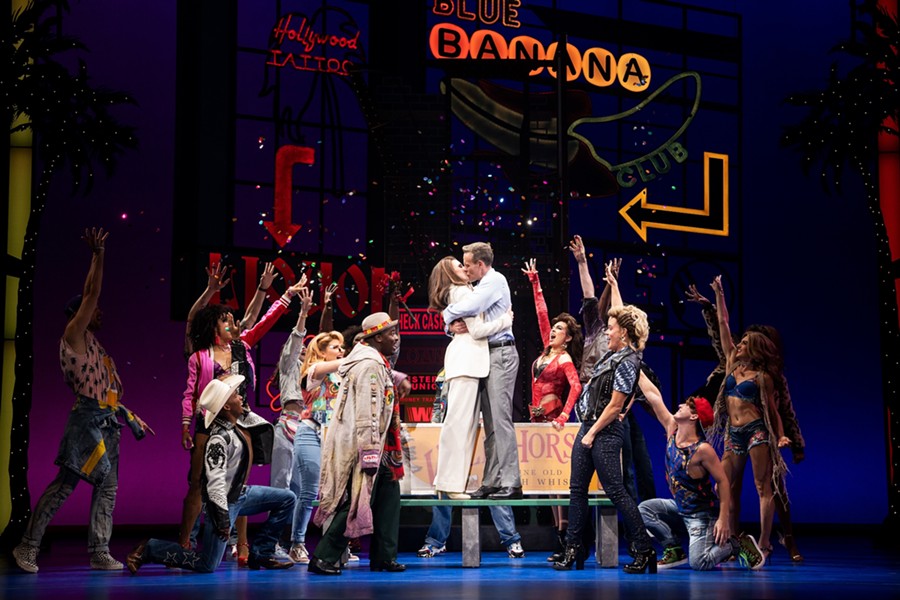 Matthew Murphy for MurphyMade The company of "Pretty Woman: The Musical," which runs this Tuesday, Nov. 22 through Sunday, Nov. 27 at the Altria Theater.

For those who might miss the touring Broadway production of “Pretty Woman: The Musical” when it comes to town this week, actor Matthew Stocke has a message: big mistake. Big. Huge!

“You’re going to have two and a half hours of full-value musical theater with a happy ending, bright colors and a great story that most people know and love,” says Stocke, who plays the spineless lawyer Phillip Stuckey in the traveling show. “You get a big, splashy, Broadway musical right here in your hometown that’s timeless.”

If you’ve somehow never seen the movie, “Pretty Woman” is the story of a chance encounter between a high-powered corporate raider and a sex worker in Hollywood that blossoms into a romance. In addition to the Richard Gere character’s aloofness and Julia Roberts character’s lack of polish, Stuckey, played by Jason Alexander in the film, presents another obstacle for them to overcome.

The 1990 film made Roberts a star and still has the highest box office sales of any romantic comedy.

“It’s the most successful romantic comedy in history,” says Stocke of the film. “The movie had just a killer soundtrack. It was just great, 1990 montages a plenty, just great tunes. The musical version adds to that, only the characters start singing.”

Stocke refers to his character as “the capo to Edward Lewis, the Richard Gere character. He’s seen as the bad guy. He’s kind of a scumbag, but I say he’s just a consigliere. He is Tom Hagen to Ed Lewis’ Michael Corleone, and, as we learned from the movie ‘Wall Street,’ greed is good. I make money for him, and he makes money for me. It goes south when my treatment of the seminal character is less than gentlemanly, but I get my just deserts at the end.”

Stocke says playing a “moustache twister” is “delicious” and that he hasn’t gotten to play too many "baddies" in his career, adding that it’s so much fun. “I try to make him as nice as possible and add a little bit of humor to the show so that it’s not just this repugnant character from the beginning,” says Stocke, who has been involved with the musical since its first table read in 2016. “I try to imbue Phil with the charm that got him the job. There’s a reason why Ed Lewis trusts him with all of his business, because he’s good at it.”

He says the show’s appeal should be evident.

“Who doesn’t like a story about helping out a hooker?” he says. “In these rather contentious times in our country, a good old-fashioned fairy tale is something that’s pretty nice to sink yourself into for a couple of hours.”