The Richmond Ballet and Symphony join forces to tame the "Wild, Wild West." 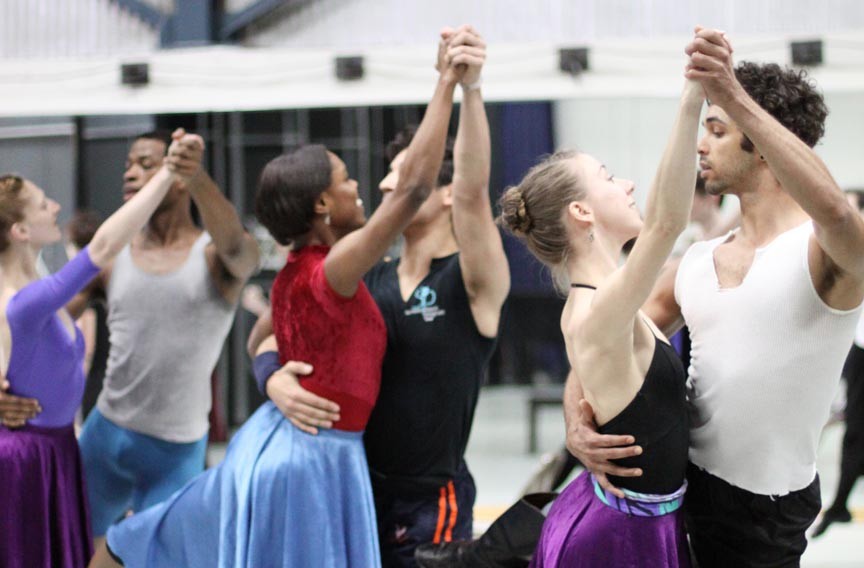 In 1942 the life of a cowboy was filled with days of boredom punctuated by moments of danger. He spent weeks in the company of dirty men, with intermittent occasions when the presence of women necessitated soap and manners. To put it bluntly, a cowboy wouldn't be most people's first choice for the main character of a dance in the ballet tradition.

Agnes de Mille wasn't most people. Seventy years ago, the ambitious choreographer envisioned a ballet that depicted this tension between wildness and domesticity, and she convinced the right composer to create the music. Aaron Copland's energy-charged score, with de Mille's unconventional choreography, turned "Rodeo" into an enduring work of ballet theater.

The Richmond Symphony and the Richmond Ballet are collaborating to produce the work as part of a Symphony Pops program titled "Wild, Wild West." De Mille's vision is being carried out in Richmond by Paul Sutherland, the only director authorized directly by de Mille to stage "Rodeo."

Sutherland, who danced leading roles in "Rodeo" and other de Mille works during his career, arrived in early April to train the dancers of the Richmond Ballet. He was assisted by Gemze de Lappe, who danced the lead female role in "Rodeo" numerous times and worked with de Mille longer than any other dancer.

"Rodeo" is a coming-of-age story driven by its characters, whose every movement must portray intent, Sutherland says. In other words, the dancers also must be actors who can "make the opening scene look like it is 110 degrees in the shade."

Sutherland and de Lappe helped the dancers learn how to translate into dance the American West duality of risk and beauty. "More than anything," Sutherland says, "de Mille wanted to capture that feeling in choreography."

The main characters are the Cowgirl, danced this weekend by Valerie Tellman, the Wrangler (Thomas Garrett) and the Roper (Trevor Davis).

"A lot of our conversation was about the conveyance of character," Smith says, just before heading to the Richmond Ballet studios to observe his first "Rodeo" dance rehearsal. "De Mille used music as a catalyst for the characters" as well as the setting. For example, Copland's heavily accented rhythms and instrumental choices express the brittle heat of the West or the blood-boiling activity of a night on the ranch.

"I'm really excited about the opportunity to do this ballet," Smith says. "Stoner [Winslett, the artistic director of Richmond Ballet] has an extraordinary commitment to live music for live dancers."

The first half of the concert features several shorter pieces, including two with the Richmond Ballet. "Pops Hoedown" by Richard Hayman will be danced by students from the School of Richmond Ballet and its Minds in Motion outreach program. "Runaway Horses," choreographed by Chris Burnside to music by Philip Glass, will be danced by the professional company. S

"Wild, Wild West" with the Richmond Symphony and the Richmond Ballet runs April 27 at 8 p.m. and April 28 and 2 and 8 p.m. at the Carpenter Theatre. Tickets are $12-$76. For information go to richmondsymphony.com.