Ripples on the Lake

The Richmond Ballet makes last-minute changes to its “Swan Lake.” 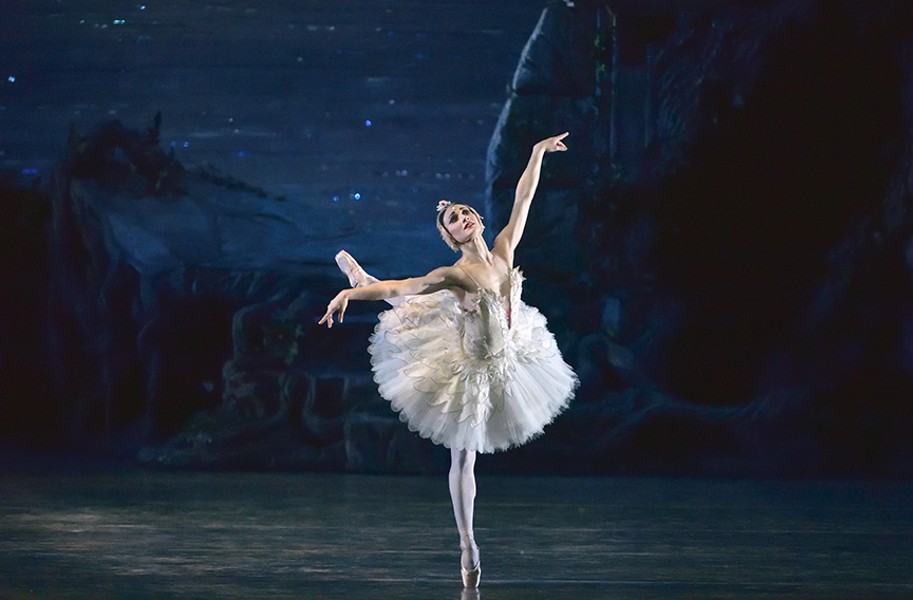 With the recent outbreak of the coronavirus that has caused a global health crisis, Richmond is experiencing some aftereffects.

Two members of the National Ballet of China were to be guest artists in Richmond Ballet’s upcoming production of “Swan Lake,” but after U.S. travel warnings with China due to the virus, both members had to cancel. Such a last-minute cancellation of lead performers could cause a production of this size simply to not happen. However, longtime artistic director Stoner Winslett was able to quickly secure replacements from the American Ballet Theatre of New York, allowing the curtain to still rise.

“The health and safety of our guest artists, dancers, staff and patrons is our greatest concern,” Winslett says in a news release. “We regret that the Richmond community will not have the pleasure of experiencing the artistry of Xu Yan and Li Wentao, but we look forward to strengthening the connections forged on our 2015 tour to China by revisiting this cultural exchange in the future.”

Relations between Richmond Ballet and the National Ballet of China have strengthened over the years, so both Xu Yan and Li Wentao were dismayed that they had to change plans at the last moment. Winslett’s connections with the national DanceUSA led to the fast placement of new artists to ensure “Swan Lake” went on — and one of the guests may have movie fans curious.

Sarah Lane and Cory Stearns are principal dancers from American Ballet Theatre based in New York, one of the most prominent companies in ballet today. Lane has an illustrious career, even starring as the dance double to Natalie Portman in the 2010 film “Black Swan” back when she was a soloist. Now, as a principal, she revives the role of Odette-Odile for Richmond Ballet’s production. This decision also makes fiscal sense considering the dancer is versed in the choreography, so no time is wasted for the show’s preparation.

Principal dancers performing the lead roles from Richmond Ballet’s company are Cody Beaton and Fernando Sabino. Both also performed in the company’s last production of “Swan Lake” in 2013. This ballet stands as one of the most recognizable and quintessential examples of classical ballet. Originally choreographed to a Peter Tchaikovsky score in the late 1800s, the ballet initially had four acts, but audiences’ attention spans barely sustained throughout a three-hour work. Now, “Swan Lake” has three acts with a runtime of two hours and 15 minutes, including two 20-minute intermissions.

“Performing this has been a childhood dream of mine,” Beaton says. “I’ve been performing this ballet since I was a child. And I play a different role each time, but it’s unbelievable that I’m able to perform this legendary role with a company I’ve been with for over a decade.”

“Swan Lake,” currently in most major companies’ repertoires, is a rite of passage for the art form. It can be an overtly demanding ballet for its performers and exceedingly expensive for producers. Large companies are aware of production costs, encouraging organizations like the San Francisco Ballet to rent out their delicate and elegant costumes and sets to smaller companies wishing to maintain a certain level of artistic quality. Although the ballet has hundreds of renditions across just as many companies, it is the job of the ballet master to let the personalities of the principals shine in the roles of the swans and the prince.

“If everything was exactly the same each time its showed,” ballet master Malcom Burn says, “you’d be better off watching a videotape. Every time this ballet comes around or is shown, you have to ask yourself, ‘Did you just do it? Or did you re-create it?’”

Richmond Ballet’s “Swan Lake” premieres Friday, Feb. 14, at the Carpenter Theatre. Sarah Lane and Cory Stearns perform on Friday and Saturday shows at 7 p.m. Cody Beaton and Fernando Sabino perform Saturday and Sunday matinees at 2 p.m. Tickets start at $25 and are available online, over the phone or at the box office before the show.