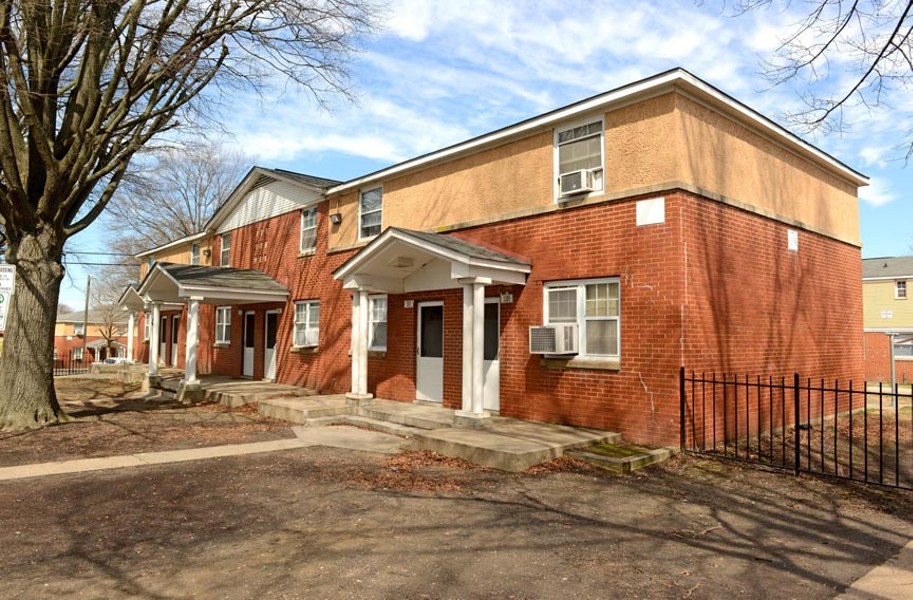 Scott Elmquist One of the key initiatives in the anti-poverty plan is to replace public housing projects with higher-quality homes, including 300 new units at Creighton Court.

In a story published Oct. 14, 2013, it explored Mayor Dwight C. Jones’ plans to elevate the city from its abysmal 26.3 percent poverty rate through slew of initiatives including better housing, education, public transit and more accessible jobs.

It was a full-throttle approach to dire challenges. As the newspaper reported, “Urban renewal experts across the country are watching closely.”

But two years later, where are the mayor’s initiatives, exactly?

It’s difficult to say. A poverty commission issued a detailed report in 2013 exploring the problems and offering five general solutions. A year and a half later, the city hired a Harvard-trained professor from the University of Richmond to oversee their implementation. But today, matters remain mostly in the planning and grant-application stages.

“We are moving the ball forward,” says Thad Williamson, who is on leave from UR and serves as director of the Mayor’s Office for Community Wealth Building, which was given $2.6 million in funding this fiscal year, including his annual salary of $97,920. “My focus and my office’s focus has been on systemic change over the long haul.”

There’s no question that the challenges are daunting. The city’s poverty level measured at a little more than 25 percent as of 2014. Williamson says it’s a tiny drop from the year before — perhaps reflecting the economic recovery — and is still about double the national urban average. For children, the poverty level is about 40 percent, he says — “and many, many more people are just above the poverty line.”

Williamson’s group has helped open a jobs center, spurring 176 hires. Other early efforts, in what Jones says is a plan that will take until at least 2030, concentrate on education. Williamson has briefed the School Board on the need to have a “real community plan” to improve schools. Early childhood is a special need, he says, because “many kids are showing up at kindergarten unprepared.”

One early childhood plan will try to educate parents, especially those living in public housing, on what preschool plans are available because only about half of the city’s 3- to 4-year-olds are enrolled in them. Plans have been supported by $372,500 in grants, much of it from the W.K. Kellogg Foundation.

Other initiatives, such as NextUp RVA, with $350,000 in city funding, will connect middle-schoolers with after-class activities such as sports and arts. RVA Future aims to provide guidance so students have a clear idea of what to do after graduation and eventually provide stipends or tuition for college. It has $425,000 in city money, Williamson says, and is getting another $160,000 from other sources.

Changing educational opportunities and cultures is essential to guarantee progress that’s sustainable, Williamson says. But it will take years. So will another prong of Jones’ strategy — replacing several of the city’s antiquated, 1940s-style public housing projects with higher-quality homes that attract mixed-income residents.

The key project is at Creighton Court, which will see 300 new housing units at the 22-acre, old Armstrong High School site at 1501 and 1611 N. 31st St. The Richmond Redevelopment and Housing Authority has been working with the Community Builders, based in Boston, to build 50 single-family and 250 multifamily units that will draw some residents from the crumbling Creighton public housing project.

If that effort shows success, similar ones may go up near other obsolete public housing projects such as Gilpin and Mosby courts.

As in other cases, it’s a long haul project. After months of waiting, demolition of Armstrong is expected to begin by the end of the year, with construction on the first units next year. Williamson says they may be ready to accept new residents by 2017. “We’re having an outreach program to explain to residents what is going on and what to expect,” he says. “It’s important for us to do it the right way. Rather than fast.”

Other parts of the anti-poverty plan are proceeding, albeit slowly.

Poor residents need public transportation to get to jobs, most of which are too far to walk to. Or, they’re in Chesterfield or Henrico counties, where few public transit lines go. Ending public transit at the city border was an unspoken policy during the white-flight years of the 1960s and ’70s.

The dearth of regional transit remains. But the GRTC Transit System got a boost last year when it won a $25 million federal grant to put a rapid bus line connecting Willow Lawn and Rocketts Landing. One problem is that the route still won’t connect public housing residents with many jobs, which tend to be on the fringes or out of the city.

Take Amazon. It’s opened a fulfillment center in Chesterfield County with several thousand jobs. There’s a new pulp mill nearby that will create 2,000 jobs within about four to five years. And there are plans to renovate the Port of Richmond along Interstate 95 with several hundred new jobs. But none of the sites is served by public transit. There are jobs along the West Broad Street to Short Pump corridor, but transit from the city remains a problem. 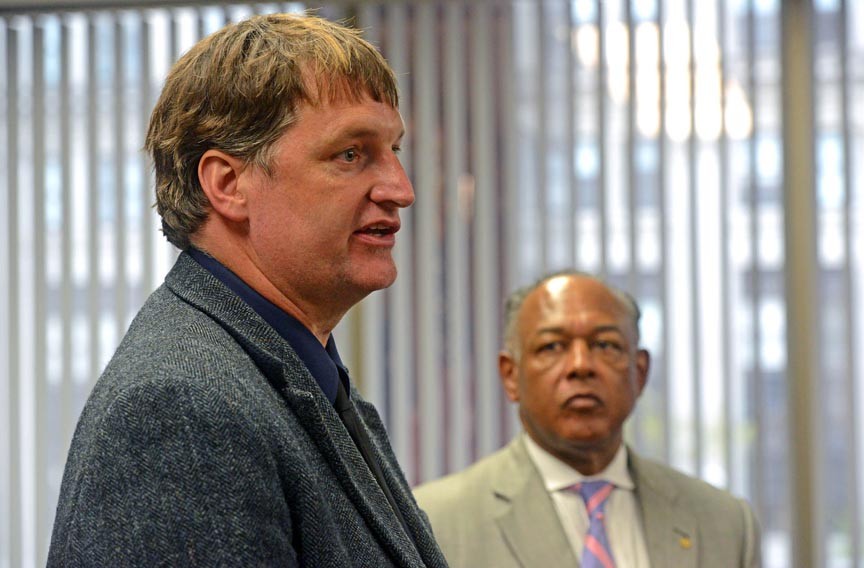 Williamson says that one hope is that the new Bus Rapid Transit line eventually will link with new spurs to more job-saturated places. Building regional cooperation has been sluggish. Williamson has had general meetings with suburban officials. He has met individually with Henrico County Manager John Vithoulkas but has yet to meet with Chesterfield County Administrator Jay Stegmaier.

Chesterfield is an especially hard nut to crack on regionalism. It shunned participation in the recent UCI Road World Championships bike races and hasn’t participated much in discussions about where to locate a new stadium for the Flying Squirrels.

Stegmaier says that “poverty is an extremely important issue for all of us,” but that he’s never met with Williamson one on one. Regarding the mayor’s anti-poverty initiative, Stegmaier says, “I’m a little aware of it.”

Since the anti-poverty plans made a splash, other things have diverted city officials. Jones has been sidetracked by a fruitless battle over relocating the Squirrels’ home at The Diamond to Shockoe Bottom — a push that’s been called off. He’s also been stymied by financial messes at City Hall and has been shepherding the bike races that put Richmond in a unique international spotlight.

So it’s been slow going for Williamson’s initiative. He says he’ll probably return to the University of Richmond sometime next year. As he says, the problems are daunting and will take decades. Building a sound framework might be the best he can accomplish.