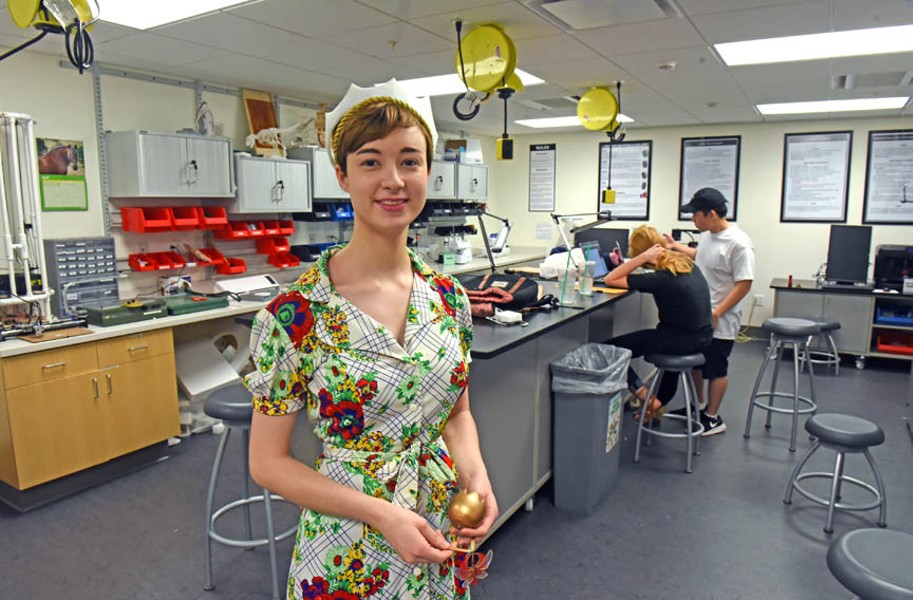 The Workshop sits on the lower level of Cabell Library at Virginia Commonwealth University and it feels a bit like Oz.

One student, who appears frozen in place, wears virtual reality goggles. Others are flying drones, tinkering with stop-motion animation characters or standing in front of a green screen. It’s just an average Wednesday, staffers say. Even so, this probably isn’t the first place you’d look for fashion inspiration.

Yet designers are creating complex pieces here, employing the latest technology as their assistants. Welcome to the university’s cosplay closet, folks — things get a bit weird beyond this point. Don’t expect polos and pleated Dockers.

“It’s easier than ever to get into cosplay,” says Natalie Dementhon, a senior communications student and habitué of the Workshop.

In recent years an increasing number of professional tutorials have emerged online for different sewing and processing techniques, she says. Designers are uploading pattern files on such open-source websites as Thingiverse, accessible to anyone with Internet access. Sewing machines and sergers help bring these patterns to life, but the Workshop is frequented for more than just these basic tools.

“I use the Workshop’s embroidery machine to make complex appliqués for garments, the laser cutter for acrylic pieces, and even the foam cutter for cutting insulation foam props,” Dementhon says, all in one breath. “There are also plenty of circuitry tools I plan to use in the future to make some of my clothes light up.” 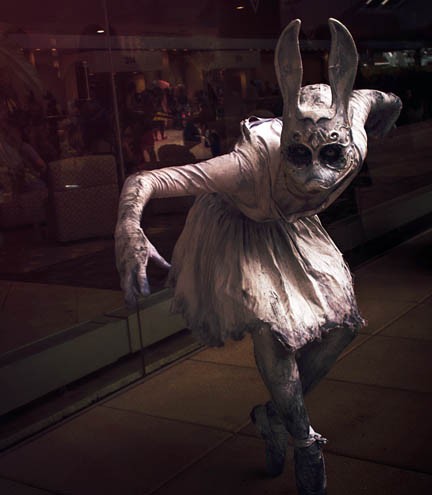 Dementhon’s latest creation was inspired by an enemy character called a Plaster Splicer from the video game “Bioshock.” To make it, she downloaded the enemy’s mask pattern from Thingiverse, which she fabricated on a 3-D printer. Then, using scrap fabric, she assembled a ragged ballerina skirt to complement a bodicelike top. Everything was covered in gesso and beat with sandpaper, shoe polish and wood filler crumbs. The result is a subtly textured, off-white dress, paired with pointe shoes to enhance the dancer image. It would fit well in a dystopian production of “Swan Lake.”

The piece took a summer to complete, though some cosplayers spend half a year or longer on their creations. That might seem like an incredible investment, especially when many designers don’t sell their work. But with the completion of each difficult piece, players say the community gets one step closer to being recognized as a major fashion influencer.

“This place is incredibly useful for creating outfits that can be shown off at conventions,” says Megan James of Gazebo Tier Cosplay. “Otherwise, I wouldn’t have the funds or resources to produce this level of work.”

But besides cutting-edge equipment, the Workshop provides another resource that makes up for the time investment: encouragement. Cosplayers say that’s the most important ingredient for success.

“All of my motivation comes from my friends,” Dementhon says. “We typically work together in groups to make a bunch of characters from a single series. We cheer each other on.” S