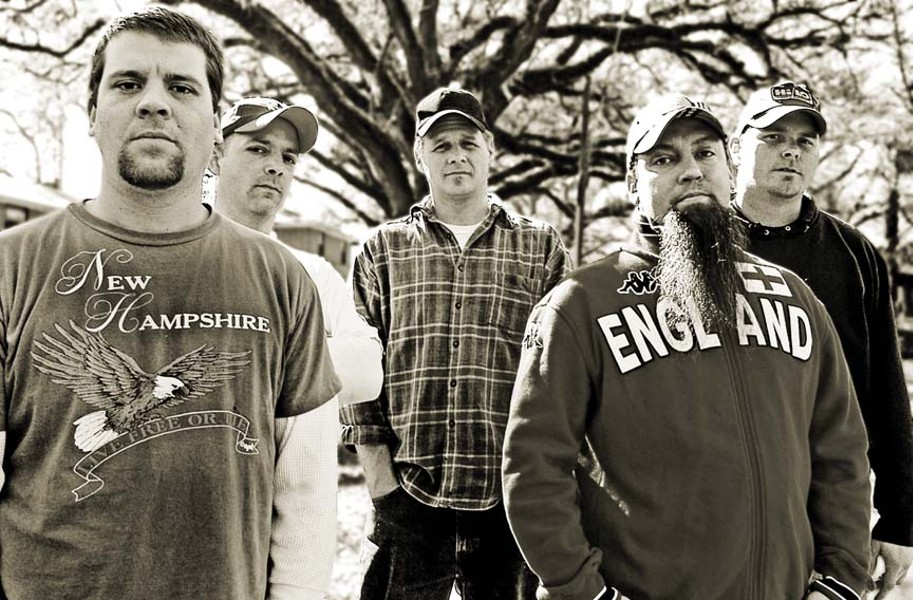 I'd been coming to Richmond to visit my brother since 1986 and we [Avail] were tired of living in Northern Virginia. Beau and I came down for a visit in 1990, and we were blown away by all the shows taking place on Grace Street. Faith No More was playing at the Metro, Nuclear Assault was at the Jade Elephant, Twisters had a punk show going on and Newgate Prison was having a glam night. We couldn't believe all this amazing stuff was happening. In Northern Virginia, you had to drive everywhere, whereas in Richmond, all you had to do was walk a couple of blocks to get to all the action.

And Richmond was cheap. When the band moved down a couple of months later, we all lived in a house on West Main Street for 450 bucks a month and we could practice there too. We were the only house on the block that wasn't abandoned or boarded up so no one ever complained about all the noise we made.

I remember standing in front of Twisters and Dirtwoman came out wearing a skimpy pink bikini. It's a memory that's burned into my mind. We didn't see anything like that in Northern Virginia.

Seeing Breadwinner was like getting hit upside the head with a hammer. The Alter Natives, Sliang Laos, Gwar — the scene was just so fuckin' intense. It was a very special time in my life. … When I see bands, it doesn't matter what type of music they are playing, I can always tell if they are from Richmond. They all have that same fuck-you attitude.

I came to VCU mainly because of Avail. I thought they were awesome and I wanted to be part of that scene. Born Against had moved from New York to Richmond.

There was a big scene. Then I moved here and everyone was just grumpy and hated life [laughs].

There were all these Northern Virginia people that were part of the D.C. scene, guys who went to hardcore shows, they brought that aesthetic down with him. The house-show thing was normal. That helped propel Richmond and let people know that there doesn't have to be crappy bar shows, you can do house shows, have your friends come over. You don't have to rely on booking agents with touring. You sort of had to make your own scene.

People were supportive too. Everyone was kind of on the same level. Trading fanzines, Food Not Bombs, a feeling of camaraderie. It was tougher back then, it was us versus rednecks. As far as a peak moment — for me, personally, there was the Grumpy's sandwich shop shows. For one summer, all of those shows were amazing, real sweaty and hot. Those Grumpy's shows were the best.

We stayed in Richmond because it was super cheap and there was a cool scene going on. We had a bunch of people living in our house so we could leave to go on tour for a month or two and only had to throw down a couple of hundred bucks. … All the Avail shows were violent. Some fucked-up shit was always going down in the pit, but the weirdest show we ever played was a birthday party at the Nile. There were like 10 or 15 people there with their mothers sitting there. It was totally ridiculous. We didn't play birthday parties after that.