Print this out at home, grab some dice and enjoy.

By Matt Schmidt and Rich Griset 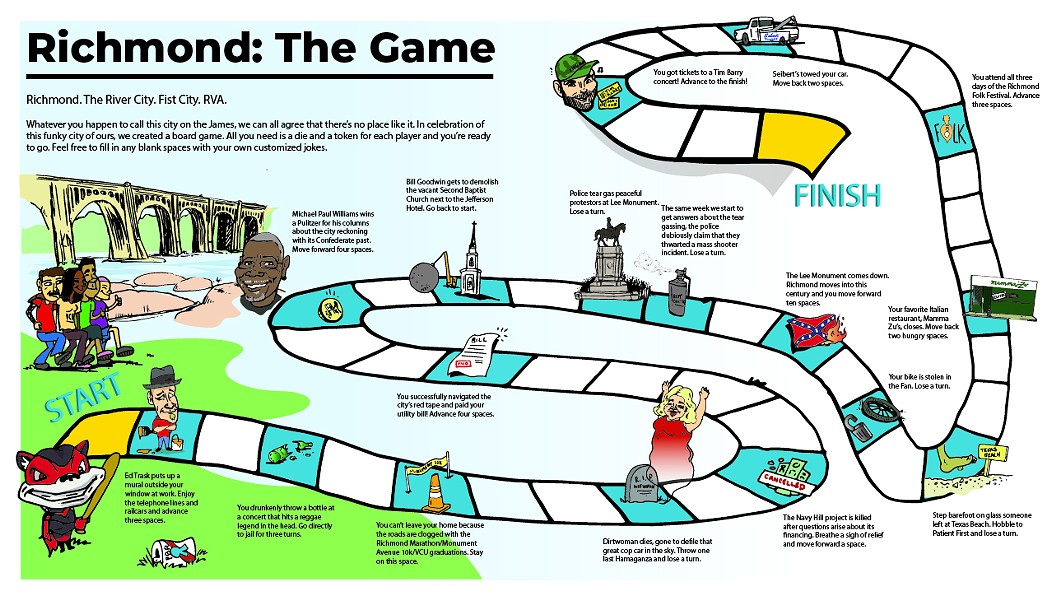 Illustrated by Matt Schmidt Click on the image to see a larger version, or just print out at home and play.

During the production of our special 40th anniversary print issue, which is on stands this week, we had some freelancers work up a Richmond board game that we planned to run as a colorful, two-page spread in the issue.

However, our crack sales team sold some last minute ads and, due to space constraints, that lofty plan didn't come to fruition. But hey, we still have this website and you might just have a printer at home.

"Richmond - The Game" was illustrated by Matt Schmidt, with most of the text written by Rich Griset (plus a few additions from our editor). Now crack open a brewski, turn up the Taylor Swift tunes, grab that funky old D&D dice pouch, maybe light a Dirt Woman prayer candle, and have yourself a ball.

(We fully realize that almost none of that will happen. It's like a weird request from four decades that don't match. But when else do you get to combine Taylor Swift and Dirt Woman in the same sentence?).