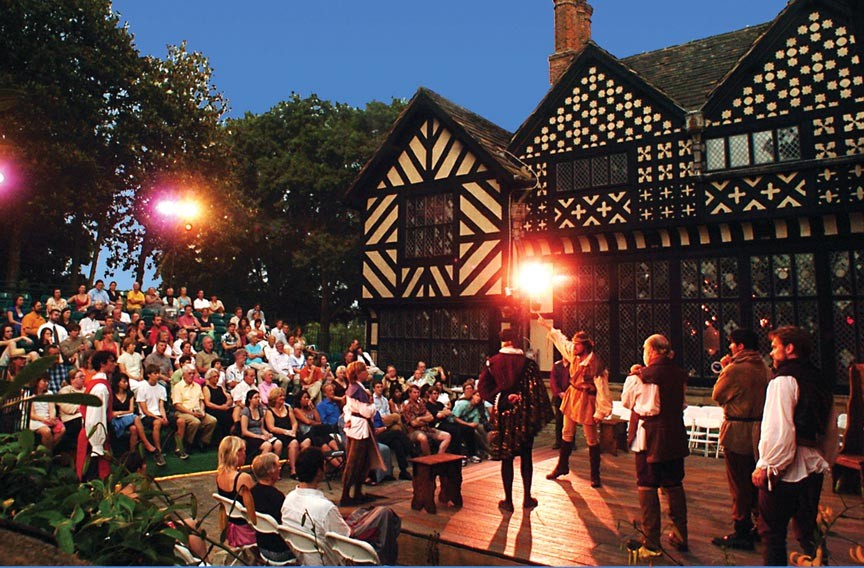 Woe is the Richmond Shakespeare Festival, left cold as any stone by a General Assembly that some say callously declared its sister in Williamsburg as the state's official keeper of the Bard's legacy.

A resolution that passed both houses of the General Assembly names the Virginia Shakespeare Festival in Williamsburg as the state's official such institution, adding it to the same list that designates Virginia's official beverage as milk and its official insect as the tiger swallowtail butterfly. Gov. Bob McDonnell is expected to sign the resolution, making it law.

The bill made it through the state Senate generating virtually no controversy, but when it hit the House of Delegates, the floor erupted in a deluge of re-appropriated Shakespearean quotes.

Delegate Jennifer McCellan, D-Henrico County, says another delegate beat her to first choice for an opener, "to be or not to be Virginia's official Shakespeare festival." But no matter, she says. Because for all the lines that got dropped, the debate was a serious one: Should Williamsburg's Shakespeare festival be named the state's official one when there are other notable operations around the state — including one a short drive from Capitol Square?

McCellan says no. She voted against the resolution along with 20 of her colleagues, though the bill passed with 71 yes votes.

Williamsburg's Virginia Shakespeare Festival does have a few things going for it. According to the resolution, it's the oldest in the state with 35 seasons of continuous operation. And, the resolution says, Williamsburg is the location of the first Shakespeare performance in the New World.

That doesn't mean competing Virginia companies don't lay claim to their own Shakespeare superlatives. The American Shakespeare Center in Staunton gives performances in the world's only replica of Shakespeare's original Blackfriars Playhouse. The Richmond festival, meanwhile, is held at Agecroft Hall, a Tudor estate built in 15th-century England and shipped in the 1920s to Richmond, where it was reconstructed.

Jan Powell, the artistic director at the Richmond Shakespeare Festival, says she's disappointed the company wasn't made aware of the legislation before it was introduced and passed. But she isn't holding any grudges, she says: "We move forward."

An earlier version of a photo caption accompanying this article incorrectly identified the photographer, production and date of the performance.