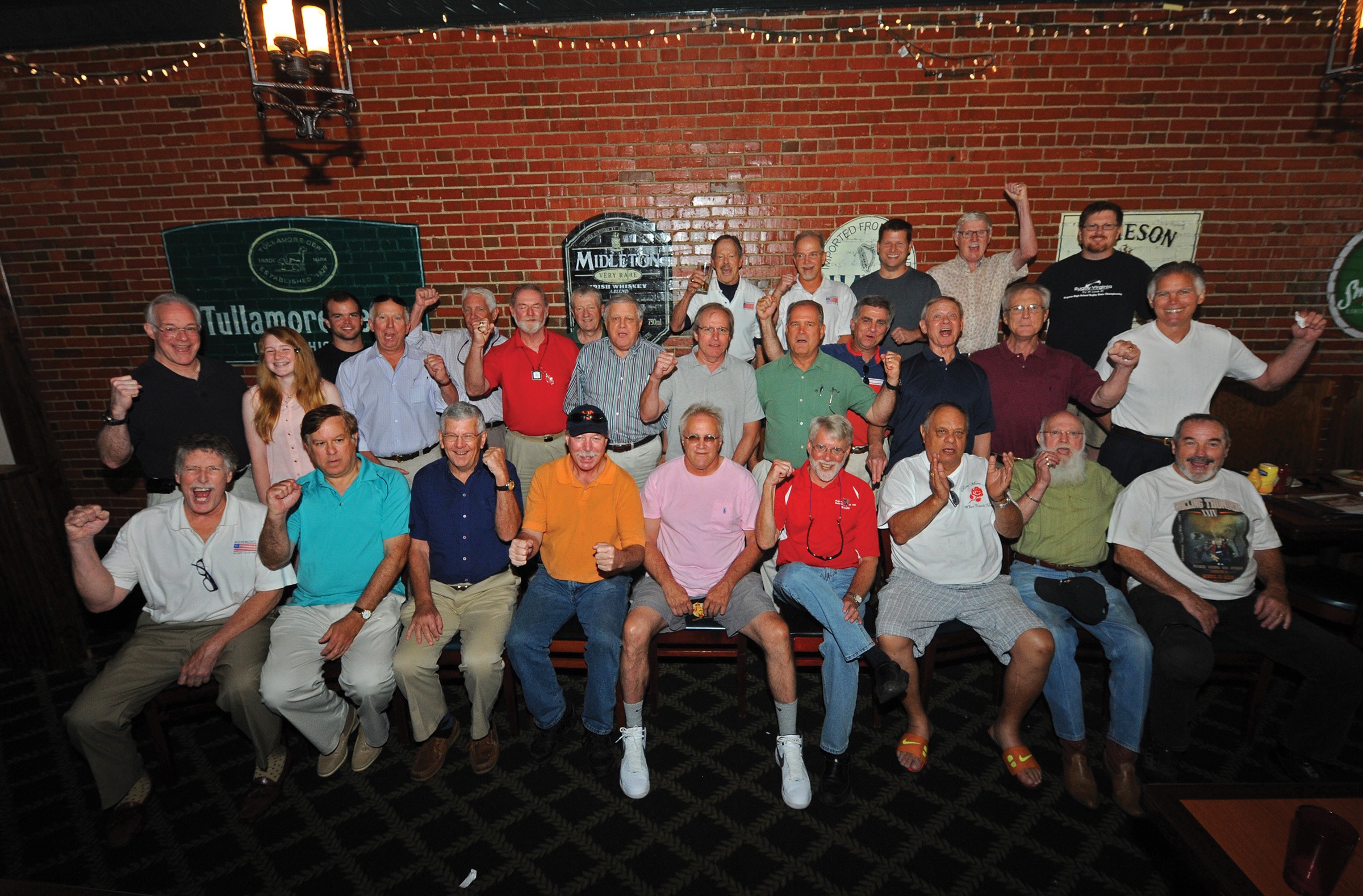 The Richmond Lions Rugby Football Club celebrated its 50th anniversary with a reunion of players, about 25 of whom met Friday at O'Toole's, where things went as you might expect with a bunch of ruggers.

We gonna take a group picture? We don't have to tip you, do we? Put some chairs out in front row. Are those for the guys who can't stand up? You're gonna make us look like old guys. Wait — we are old guys.

"I'm the oldest one," says Jimmy Dagenhart, a white-bearded 71-year-old.

When did you start playing?

"I can tell you a quick story," Dagenhart says. "We used to play touch football at the big field in Windsor Farms, and every week Bob Porter would bring a rugby ball, but no one was interested in playing. And then one week, we forgot a football."

Besides Porter aka Robert Fulton Porter aka Steamboat Porter but called Steamy, those first teams included future Lt. Gov. J. Sargeant Reynolds and his brother, Major. They were young men who came out of Ivy League schools playing rugby. Scott Coffield, who joined the team in 1976, figures that since the club's founding a thousand players have come and gone.

The reunion brings former players from San Francisco, Vermont, Boston. It brings Phil Mitchell ('76-'78 team) from Las Vegas and Reyn Kinzey — who just planned to join the team for a 1987 Style Weekly article, but never left. He served as president of the Richmond club, the Virginia Rugby Union and the Mid-Atlantic Rugby Union.

"Or sometimes away," Kinzey adds.

They reminisce of players past, of matches played around the world, of drink-ups with rival teams and a game that still calls to them.

The friendships have lasted to this day, Coffield says. "We shared bumps and bruises and, occasionally, deflated egos, but we did it as a team and then afterward, we celebrated. Win or lose, we went home happy."