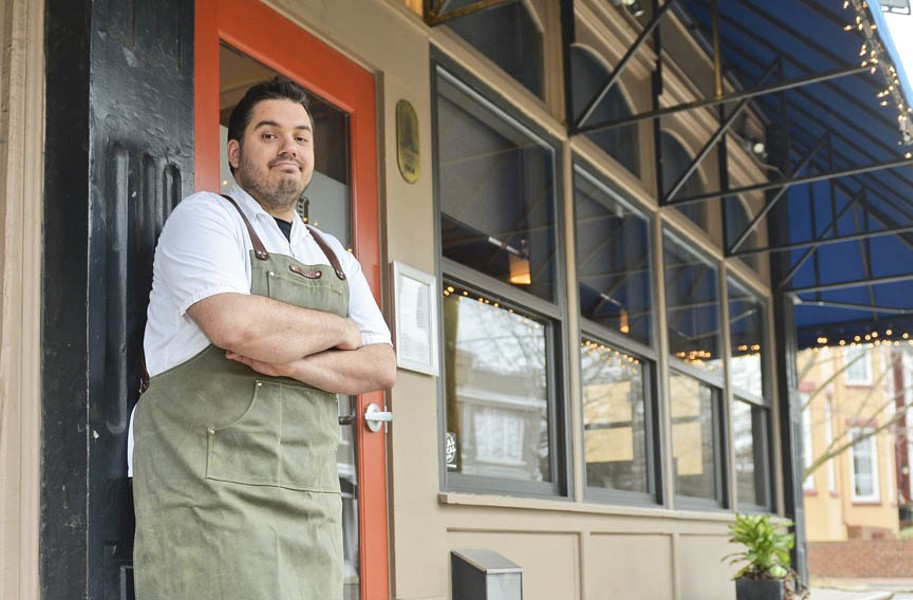 Joe Sparatta, co-owner of Heritage and Southbound, collectively manages nine accounts — with some help from staff — and each has thousands of followers. In addition to the ones representing his restaurants, he actively maintains his personal accounts and posts daily specials or dishes that he’s working on across them all.

“If it’s making people interested in what we’re doing, it’s a great thing,” Sparatta says. “It helps get our brand out and create awareness.”

Sparatta started in the restaurant industry before social media existed — “which was great,” he says, acknowledging that for a busy chef and small-business owner they can be a lot to keep up with. But he credits social media with helping to promote Heritage’s new late-night menu and bringing new diners in, whether they saw a picture on Instagram about a new dish or a Facebook post about an event at the restaurant.

“Social media is great for finding new restaurants, seeing what the specials are that weekend, and just keeping up with the Richmond dining scene in general,” says Sarah Graper, a Richmond resident who moved to the area seven years ago. “Instagram is great for really catchy photos, where Facebook is where I go for information about what restaurants have going on.”

Social-media platforms are increasingly essential when opening and marketing a restaurant, and most Richmond-area establishments regularly use them.

He says Hardywood uses it to highlight new beers, partnerships with local farmers and a focus on green technology. And in turn they have helped brand recognition.

“It’s been incredible how social media has enabled small breweries to tell their story and get their voice heard,” McKay says. “It’s a great platform to share the little stories that make them unique.”

A newer brewery, the Veil Brewing Co. in Scott’s Addition, uses social media to announce the beers it’s going to release each Tuesday, prompting lines of eager fans. It has 25,500 Instagram followers.

But social media channels aren’t only for customers. Sparatta sees them as ways to catalog what he’s doing at his restaurants, as well as an opportunity to collaborate.

“It’s a great way to see what other people are working on,” Sparatta says. “There’s been a great exchange of ideas, and thought processes, and techniques that have evolved because everybody is putting themselves out there.”

Hannah Osborne, the coffee house manager at Can Can Brasserie, runs the restaurant’s Instagram account — dedicated solely to the restaurant’s morning coffee service. She agrees with Sparatta: “We’re followed by other small restaurants — and we follow them. It’s been good for keeping up with what similar restaurants are doing.”

“I think that the most accessible restaurants and chefs are pulling the curtain back on what they’re doing,” says Richmond native Caroline Logan, director of communications for the Virginia Tourism Corp.

Digital social platforms such as Yelp, which allows people to review and rate restaurants, also have turned patrons into restaurant critics.

“Yelp is a good and bad thing,” Sparatta says. He doesn’t pay much attention to his restaurants’ reviews, he says, but he has noticed that overall diners write mostly positive things on Yelp. “It matters what people say. It matters what people think. Everyone’s entitled to their own opinion.”

For diners, social media are ways to find the best places to eat, especially out of town.

“Yelp is a good resource, especially for new places,” Graper says. “I’m always on the lookout for reviews and almost always consult Yelp for trying somewhere new. But my most trusted reviews come from friends and word of mouth.”

While social media alone doesn't make a good restaurant or guarantee success, they have enabled businesses with razor-thin margins to reach larger audiences if an advertising budget isn’t part of the plan.

“If you look at Virginia’s dining scene, and in Richmond especially, we’ve really exploded as a food destination,” Logan says. “Everyone’s a foodie now, and everyone’s looking for accessibility. Storytelling through social media is really great for chefs and restaurants.” S