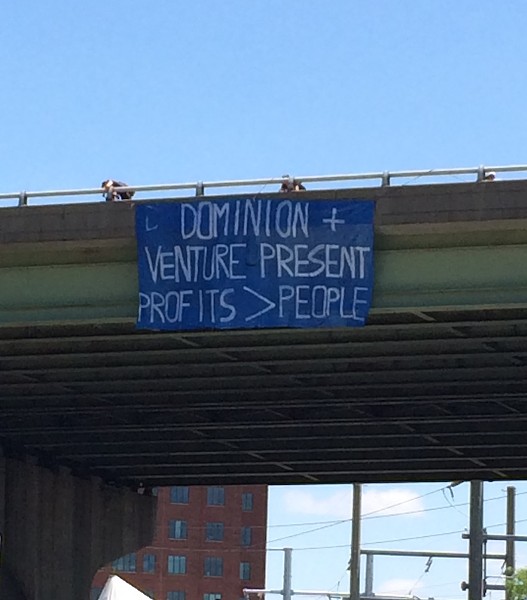 A group of climate and social justice activists known as Richmond Resistance unfurled several banners at around 1 p.m. during the crowded sixth annual Dominion Riverrock event on Brown's Island.

The banners contained messages criticizing Dominion Power's contribution to global warming and its political spending, as well as calling out Venture Richmond for its "involvement in the LovingRVA public relations campaign for a baseball stadium in Shockoe Bottom," according to a press release.

Self-billed as "the nation's premiere outdoor sports and music festival," the weekend festival is organized by Venture Richmond and Sports Backers and sponsored by Dominion Virginia Power. This year organizers estimated crowds for the three-day event at 100,000, making it the largest Riverrock event yet.

The activists sent a press release to Style Weekly explaining their protest action (excerpted below):