The Manischewitz and grape juice flowed Tuesday night, as a Museum District synagogue became a multifaith event for Passover Seder.

In the basement of Temple Beth-El, the congregation was host to members of Richmond’s refugee community, mostly Muslims, who have fled from such countries as war-torn Syria.

“We are a refugee people,” Rabbi Michael Knopf said, leading the crowd of about 275 through the rituals of the Jewish meal. The event marks the beginning of the Passover week and commemorates the ancient exodus of Jews from Egypt.

“We’ve continued to be a wandering people throughout much of history,” said Brienna Stammer, a synagogue member. 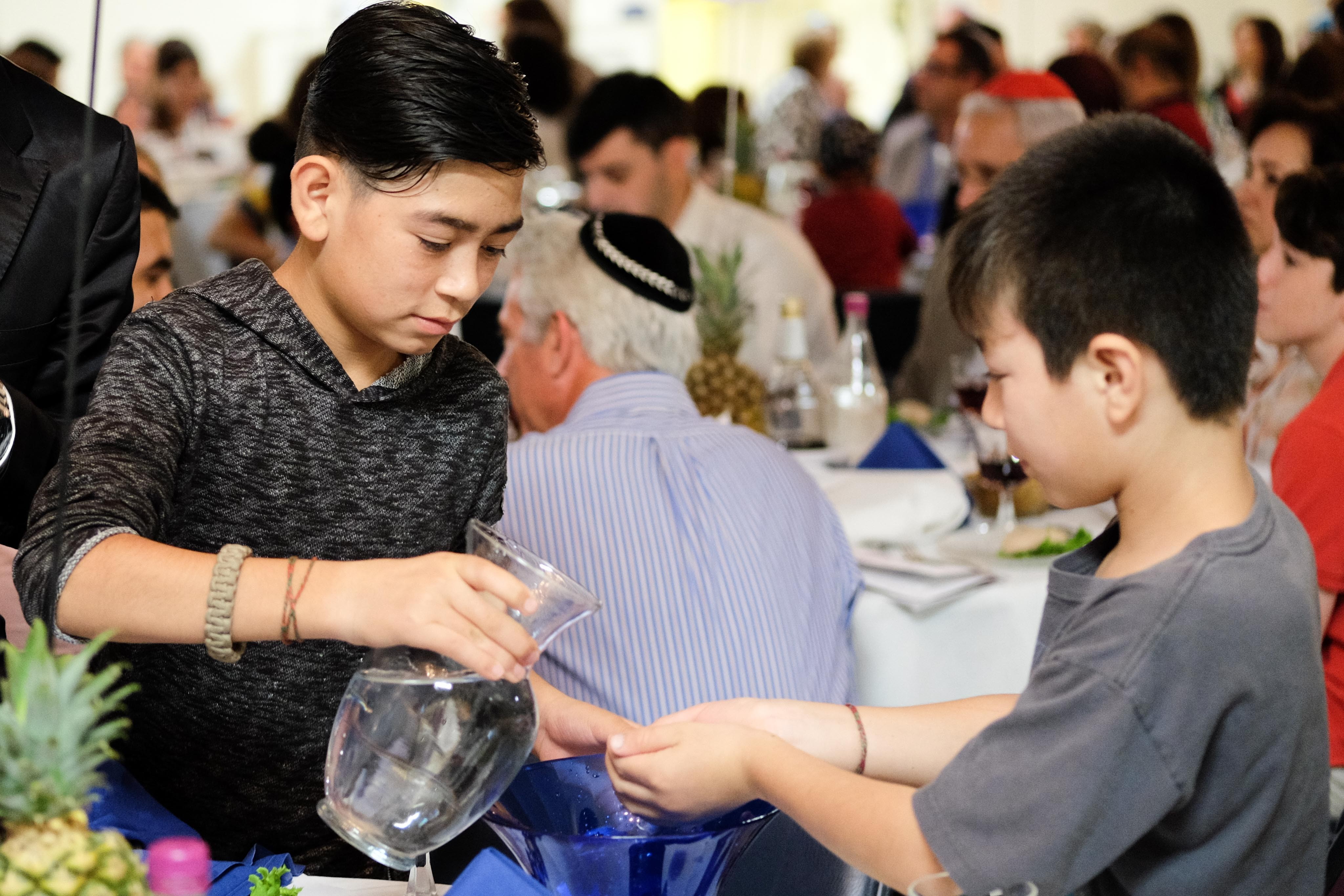 “It’s important that we not lose touch with what that experience was like. There were those that helped us and protected us and put themselves at risk to help us. And we have an obligation to turn around and bring it forward.”

The event is part of the synagogue’s larger effort to help refugees settle in the metro area, Stammer said.

“We recognize that our hands can be vehicles for creation or destruction,” Knopf said from the stage. Hands were cleansed and dedicated to working for good. Parsley was dipped in salt water and used to bless attendees.

“Because symbolism,” Knopf joked. He read from a Haggadah, the Seder text, and focused on the parallel of current human rights issues and social justice.

“We are committed to continuing to stand with contemporary refugees,” Knopf said, noting the legacy of persecution shared between faiths. Hate crimes against Jewish and Muslim religious place are rising, he said, and a federal travel ban targeting Muslim countries is in place. 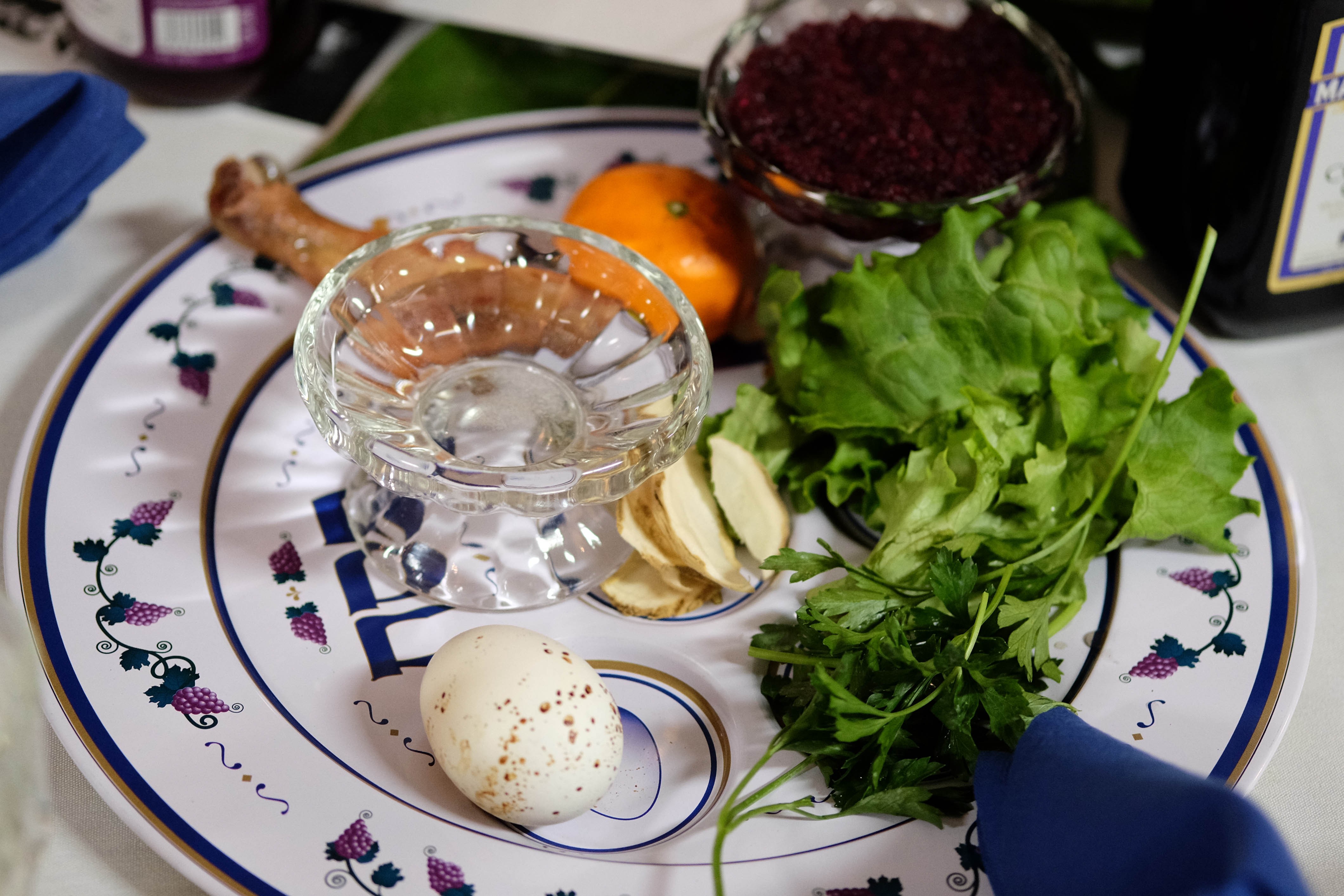 Attendees broke matzah bread, wrapped it and placed it on people’s shoulders -- a symbol of leaving Egypt with only the food they could carry on their backs.

The rabbi added a few traditions: empty shoes were placed by the door, an orange on the table for inclusion, and a pineapple, a nod to the southern symbol for hospitality.