+4: The Martin Agency Marks a Milestone

One of Richmond’s hottest companies, the Martin Agency, marked its 50th anniversary in 2015. The Shockoe Slip advertising giant has become a creative treasure, spinning off local business and churning out nationally recognized work.

And the accolades racked up alongside the 50th celebration. Shoot magazine recently named it agency of the year, and the trade journal Adweek lauded Martin as producing the best ad spots in 2015 — the Unskippable series for longtime client Geico, which also won the 2015 Cannes Lions Film Grand Prix.

True to form, the agency keeps the viewer in mind. The videos, positioned to run before you see a video online, are so brief that you get the message before you can hit the skip button.

Savvy work for Geico has been a trademark since the mid-’90s. Creatives took a chapter from HBO’s “The Sopranos,” intricately weaving multiple stories for hawking insurance like a Tolstoy novel. There’s the gecko, the cavemen, the camel. And that’s not to mention work for such clients as Oreo, Wal-Mart and the JFK Library.

The agency has undergone a round of leadership change. Joe Alexander was named Martin’s chief creative officer in 2012. And John B. Adams Jr., who’s led Martin since 1992, is stepping down as chairman Dec. 31. In 2012 he left the chief executive post, which was taken over by Matt Williams, and will stay busy teaching at the University of Richmond and the Virginia Commonwealth University Brandcenter.

Next on the Martin Agency’s list is expanding its global presence by opening regional offices on several continents.

+6: A Chinese Company Stakes Out a Green, Multibillion-Dollar Future Along the James

Richmond is all abuzz about the new Stone Brewing Co. plant going up near Rocketts Landing. But if you want to see something far more powerful when it comes to potential local income, paddle your kayak a few miles farther downstream.

There, Shandong Tranlin, a Chinese company, has broken ground for a $2 billion paper mill that will employ 2,000 local workers. When finished by about 2020, it will use green methods that should diminish the pollution, such as ultra-toxic dioxin, that’s usually associated with stinky pulp mills.

There won’t be any foul-smelling air because the plant will use leftover farm waste instead of trees. It won’t use bleach that typically puts dioxins in the water. And it will recycle much of its waste and turn leftover corn and wheat stalks into a “black liquor” that can be used as highly concentrated fertilizer by the farmers who supply it with raw materials.

Believed to be the largest single Chinese investment into a green-field plant in the country, the plant is expected to enhance the Richmond area’s logistics base, which includes the revived Port of Richmond and various trucking and rail facilities from the city south along Interstate 95 to Fort Lee. It seems like a win-win-win. 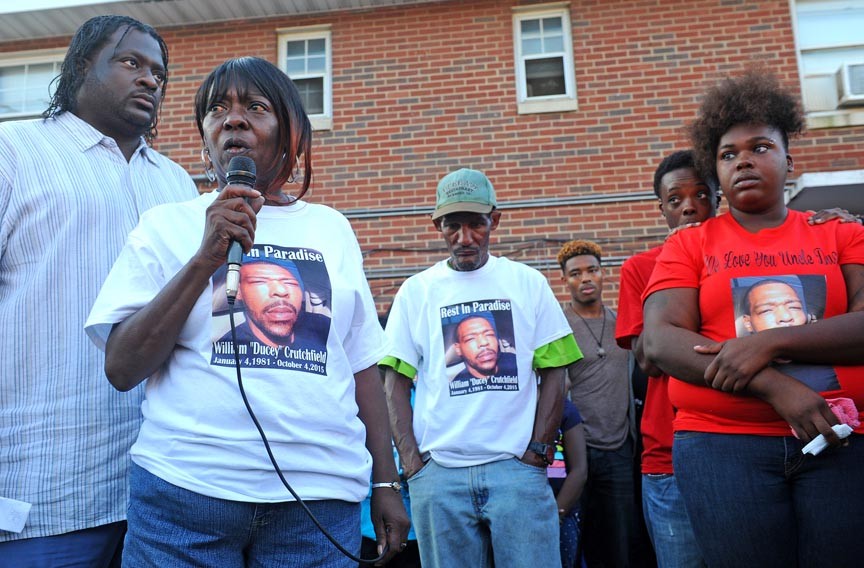 -9: Mosby Court Braces Itself Against Tragedy

Mosby Court became the site of the year’s most homicides in a Richmond public housing project. The violence hit its zenith with the fatal shooting of Jawaun L. Hargrove, 33, and Anthony D. Addison, 21, on Sept. 9. Nearly a month later, the death of William E. Crutchfield brought the body count in the East End neighborhood to six, a stark change from 2014. Capt. Roger Russell of the Richmond Police Department compared it to 2014, when there was one homicide in Mosby, that of Zyemontae Redd, 15, who was shot.

The uptick in violence resonated with Mosby residents, and Police Chief Alfred Durham said they stepped forward with more crime-solving tips. Durham also said the department was stressing community policing, a model it adopted 10 years ago to build relationships between officers and residents before crime happens. Grass-roots efforts to get Mosby back on track have been spearheaded by the nonprofit Kinfolks Community, Virginia Commonwealth University, local activists and the residents themselves.

Of course gun violence and homicides weren’t limited to Mosby, and in the weekend before Christmas there were five shootings in the city, leaving three people dead. At a news conference last week, Durham said he was considering whether to bring back Project Exile, a federal program started here in 1997 to crack down on gun-related homicides.

The message was clear: Enough is enough.

Richmond Mayor Dwight C. Jones has been basking in the afterglow of the grand UCI Road World Championships bike races. But inside City Hall, the administration has been facing a dirty and not-so-hidden secret: Its finances have been an absolute mess since at least 2011, mucking up operations and planning.

Since then, its financial leadership has gone through three complete turnovers, with some officials lasting all of six weeks before being let go. The revolving door worked so briskly that City Hall became the butt of jokes among other municipal financial officials. In a highly rare event, Cherry Bekaert, a respected local accounting firm, fired its client, saying Richmond was too dysfunctional to work.

The core of the problem is the botched installation of RAPIDS, the city’s main database. By contrast, Henrico County installed something similar with little disruption. City officials blame the database and the incompetent former employees they hired for several highly tardy financial reports due to the state.

A new team led by Chief Administrative Officer Selena Cuffee-Glenn, tapped for the job in April, promises a turnaround, but her team still missed its Nov. 30 deadline for the latest state reports. The dilemma shows the weaknesses of doing away with a strong city manager form of government as Richmond did in 2004. Maybe we don’t need a figurehead after all?

-5: The Children’s Hospital Standoff Ends With the Status Quo

No one’s coming out a winner in the bitter struggle over plans for an independent standalone, regional children’s hospital.

After moving in fits and starts for several years, the idea came to a halt in May when the VCU Medical Center and Bon Secours Richmond Health System pulled out of the plan, saying it was too costly and outdated.

Backers held out hope for a solution, including a group of pediatricians, billionaire businessman William Goodwin and Katherine Busser, chief executive of the Virginia Children’s Hospital Alliance. They considered part of the North Boulevard site around The Diamond as a potential home. But by year’s end, Busser’s group had suspended activities, making prospects even dimmer.

Proponents of a children’s hospital say that advanced pediatric care is lacking locally, and parents are forced to travel outside the area for the most serious kinds of treatment. They believe an independent hospital would become a regional medical destination, and that Virginia Commonwealth University quashed the effort because it wanted to control the new facility.

Executives with VCU say the hospital system can treat many children’s illnesses and that they’ve invested heavily in outpatient and preventive care, which is where pediatric care is heading. They also blame changes in the economy and the health care system as obstacles.

Richmond hasn’t hit high tide yet with the rising success of its breweries. Two of them opened in the last year, Garden Grove and 7 Hills Brewing Co., and at least four more were announced for 2016.

The kegs will overflow when Hardywood Park Craft Brewery builds a second production compound in Goochland County that will include an amphitheater, taproom, beer garden and of course, the space and equipment to make beer. It’ll cost a whopping $28 million that the founders raised privately, plus a little more that the state and county will kick in to get the project off the ground.

+2: A Race For State Senate Cranks Up the Drama

An unusually heated race for the Virginia Senate in the polyglot 10th District may predict the shape of things to come.

Republican Glen Sturtevant narrowly beat Democrat Dan Gecker in Virginia’s second-most expensive race ever. Together the pair spent $4.8 million. That’s huge for the Richmond area but still didn’t top the $5.8 million that was poured into the 29th District Senate race in the Manassas area.

The 10 District fight was crucial because had Gecker won, the power balance in the Senate would have shifted to the Democrats. But what made the race even more exceptional was the level to which outside money came into play in what normally are fairly docile affairs.

Along with Republican political action committees, the National Rifle Association helped Sturtevant, a lawyer and Richmond School Board member.

Gecker, a developer on the Chesterfield County Board of Supervisors, ran a money-machine campaign with indirect help from New York billionaire Michael Bloomberg, who bankrolls progressive political agendas. In this case, he helped arrange for $700,000 in gun-control television ads in the 10th.

But the ploy seemed to backfire. The district runs from blue parts of central Richmond to purple zones on the Chesterfield County line and on west into red Powhatan. Voters living in the more western parts didn’t buy the Bloomberg intrusion and gave Sturtevant the winning edge.

The race is a political turning point showing how once-sedate state races soon may be driven by big bucks and technology.

+3: Richmond Voices Get the Celebrity Treatment

They didn’t make it to the end, but they made their mark. Richmond singers got far on reality singing competitions, with Rayvon Owen sliding into “American Idol” just in time, before the series rides off into the sunset next year.

Owen got to the part most finalists crave — when cameras follow him for a hometown visit. He traveled the country for the “American Idol” tour and has been back to town for performances, including at the UCI Road World Championships and serving as grand marshal of the Dominion Christmas Parade.

And Evan McKeel of Bon Air, well-known from his singing at the West End Assembly of God, was mentored by fellow Virginian, star singer and producer Pharrell Williams on NBC’s “The Voice.” He’s also been back, singing his heart out for home basketball games at Virginia Commonwealth University and the University of Richmond.