+1: Mobile Food Options Get Their Legs

It’s every little food truck or stand’s dream to find a permanent place it can call home. And several made the transition this year. Pizza Tonight, seen everywhere across town serving its signature pig and fig pies out of a wood-fired mobile pizza oven, moved into the old Aziza’s on Main space, expanded the menu and transformed into Pizza Tonight Restaurant & Bar.

Paul Cassimus, the King of Pops, proved that he reigns frostily supreme when he opened a retail arm to his manufacturing space that includes a patio in Scott’s Addition. Ginger Juice Co. left the farmers market, and with the help of mobile pal Goatcado set up shop in the Village Shopping Center.

Sugar Baking Co. was a staple at farmers markets, too, and after a successful Kickstarter campaign it emerged as Whisk, a French-influenced bakery, in the old Globehopper Coffeehouse and Lounge space. And the granddaddy of mobile eats, Boka Truck, opened yet another location for its unexpected tacos, Boka Grill. 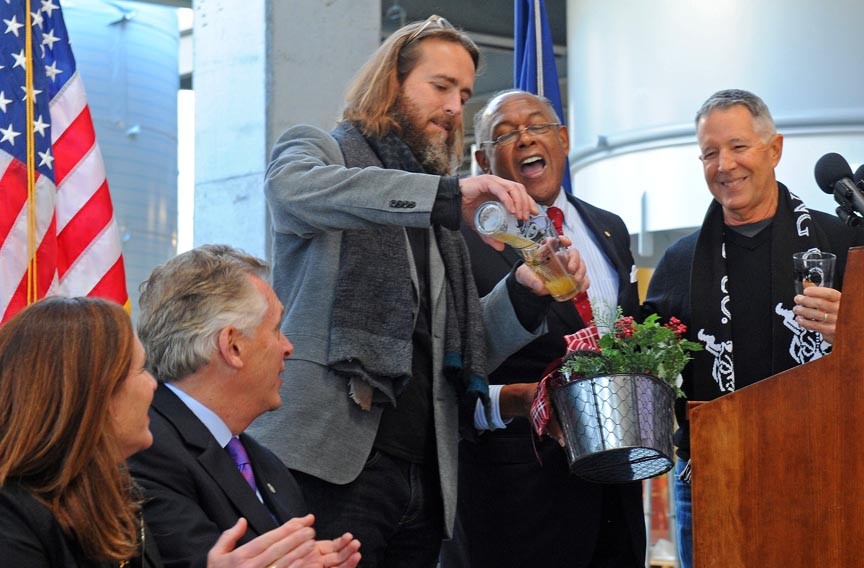 +6: Fulton Hill Gets a New Neighbor With Big Buzz

Gov. Terry McAuliffe says that he plans to visit every craft brewery in Virginia by the time he leaves office and that he’s “just the man to do it” — and you can “blame [his] Irish heritage,” he adds.

One of the few he can check off his list is Stone Brewery, where he continued to voice his enthusiasm in December. McAuliffe shared a drink with the mayor, state officials and Stone executives to mark construction progress on the brewery’s mammoth building. Its roof was removed to install large brew tanks.

Heady excitement is bubbling when it comes to the brewery, set to be completed in May. But hashing out plans for the project wasn’t all Stone and economic-development officials holding hands and singing. The city closed the deal with Stone in February after months of debate surrounding control over revenue from the project and the lease on an $8 million restaurant. The city fronted the cost of the restaurant and $23 million for the brewery, which Stone is scheduled to repay in a 25-year lease. The debates helped put a plan to complete the brewery by January behind schedule.

The project is lauded for its potential to bring economic development to the long stagnating Fulton Hill. In all, Stone expects to invest $74 million in the operation, which includes a packaging hall, retail and offices. The company expects to employ more than 288 people.

Stone also links into the city’s overall plan to revitalize the riverfront. The Sugar Pad — a concrete slab adjacent to the restaurant — is slated to become a beer garden, promenade, site for bicycle amenities for the Virginia Capital Trail, tidal pools and an event lawn. And the dilapidated intermediate terminal building will have new life as the Stone Brewing and World Bistro & Gardens restaurant.

There was a time during one of his many news conferences when Joe Morrissey said he hoped to enjoy a quiet, private life with Myrna Warren and grow his family. Could it be that he was prepared to let his no-punches-pulled political career fade away?

Not exactly. In November, he announced through Style that he and Warren were expecting a second child, were moving to a North Side house and, yes, that he wouldn’t rule out a run for mayor of Richmond. And in December, he told the T-D that he’d officially proposed to Warren.

But it hasn’t been all sunshine for the couple. Their relationship drew headlines when Morrissey, now 58, was accused of having sex with Warren, who then went by the name Myrna Pride, when she was 17 and a receptionist at his law firm.

Both of them deny the charge, and last December Morrissey entered an Alford plea in the case, denying guilt but acknowledging evidence against him. He received a six-month sentence, reduced to a three-month work-release term, which he served while he held the 74th District seat in the House of Delegates. He won re-election from his jail cell in January.

Warren gave birth to their first child, Chase, in March, days before she turned 19. Their second child is expected in early April, and they’re planning a spring wedding at Morrissey’s farm in Varina.

As for the mayor’s race, it seems like Morrissey will keep the speculation going till he’s ready to make it official. He gave up on his campaign for the state Senate earlier this year, citing health issues when his diaphragm stopped functioning twice. Now he says he’s in perfect health and he’s “not ruling out a political run.” 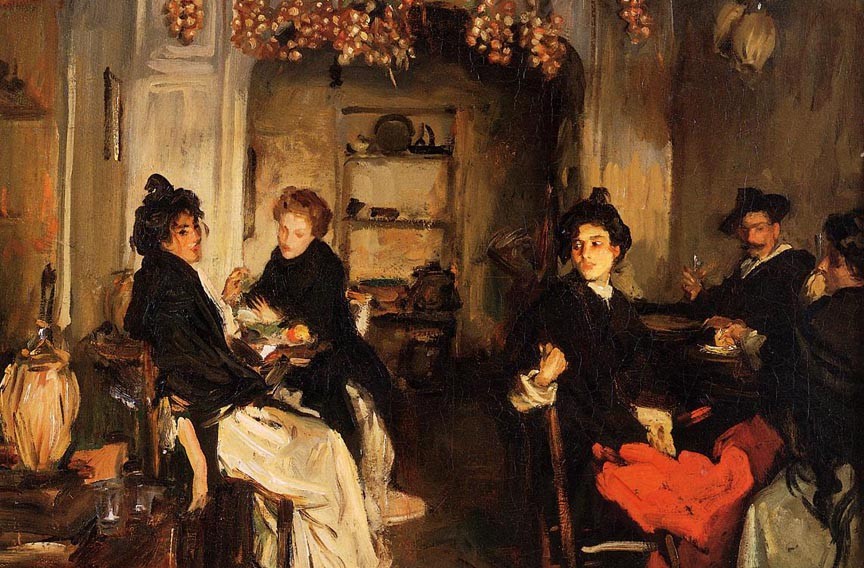 +4: Christmas comes early to the VMFA

While the Virginia Museum of Fine Arts is still undergoing some growing pains since its big expansion — especially when it comes to the employee experience — it got some major good news when longtime patrons James W. and Frances G. McGlothlin announced a $200 million donation of American art.

The 73 works are drawn from “some of the most important artists in the 19th and 20th centuries,” including John Singer Sargent, George Wesley Bellows, and Mary Cassatt, artists that the McGlothlins of Bristol have been collecting for years. The associate curator of American painting and decorative art, Susan Rawles, said the gift has put the museum on a trajectory unique among art institutions when it comes to American art.

While the McGlothlins already had their own wing at the museum, they probably deserve that lifetime pass too, at the very least — plus unlimited coffee refills and the sweetest seat in the sculpture garden.

+1: A Bus Debate Speeds Along

At first, a bus rapid transit line seemed like manna from transportation heaven. Funded in part by a generous federal grant, the $53.8 million project would cut 14 minutes off the average 35-minute time a regular bus takes on its 14-stop run from Willow Lawn to Rocketts Landing along Broad Street in the heart of Richmond.

Yet the plan quickly became riddled as various groups took aim. One, called the RVA Coalition for Smart Transit, complained that the Pulse, as the project is known, would hurt businesses by eliminating parking spots and would dissuade shoppers because of construction. Members of the group include the Fan District Association, the Museum District Commission and the Monument Avenue Preservation Society.

Another problem is the project’s target market. Critics say that it will favor well-heeled whites while doing little to help low-income minorities get to jobs or make shopping easier. Public housing projects such as Gilpin Court now in food deserts wouldn’t be directly served.

Proponents say that spur lines would link to the line eventually. But don’t expect the project to do much to make a dent in the city’s 25-percent poverty rate any time soon. 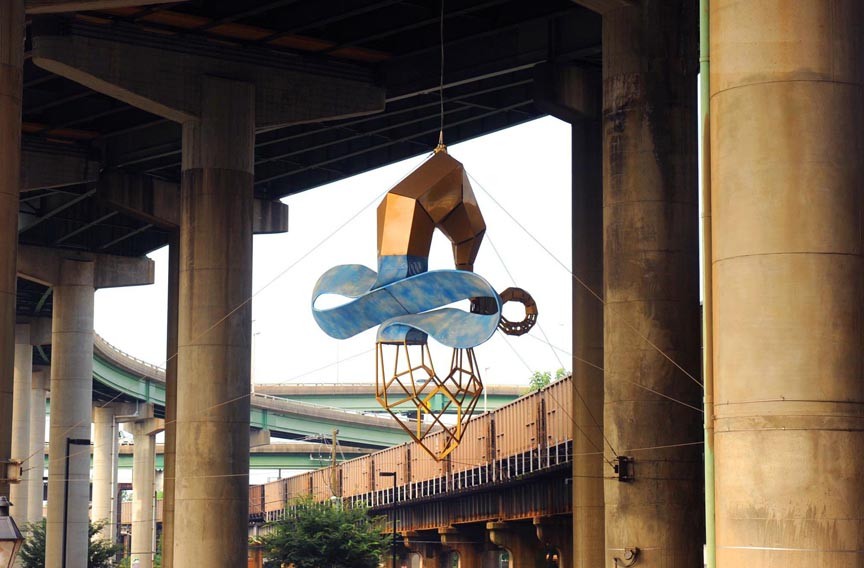 Whenever Richmond is sitting on a pile of money, you can bet national consultants aren’t far behind. In this case, because of the new city jail and an ordinance from 1997 that mandated 1 percent of capital projects be spent on public art, the city fund for public art has reached $3.2 million.

In July the city hired Ellyn Parker as a full-time public art coordinator and awarded a $150,000 contract to Gail Goldman and Gretchen Freeman (from San Diego and Phoenix, respectively) to develop a public art master plan. They’re still in the research phase, and last month held a public meeting that drew 60 people. So if you have a plan for public art that deserves money, now is your time to make a pitch.

Note: They’ve already set aside $300,000 for that new Maggie Walker statue. The next public art master plan meeting is Feb. 10 at ArtWorks in Manchester; there’s a community meeting on Jan. 12 at Storefront for Community Design about the Maggie Walker project; and Parker tells us there will be a meeting in late January on the public art for the RiverFront project with the artist. Get thee to a meeting. 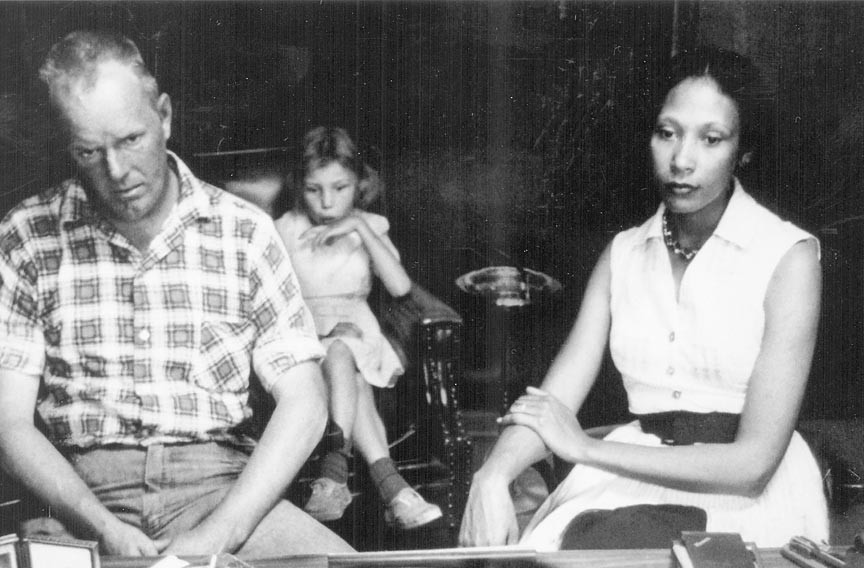 +1: A Love Story is Caught On Camera

What’s not to love about a little love story titled “Loving”? As if you couldn’t tell from the lines of hopeful movie extras that wrapped around the block in Manchester, people are stoked about this one.

The latest locally filmed biopic to capture Richmond’s imagination, “Loving” is about the civil rights case of Mildred and Richard Loving, an interracial couple sentenced to prison in Virginia in 1958. The British-American drama is being directed by a hot Hollywood talent, Jeff Nichols (“Mud,” “Shotgun Stories”), and features actors Joel Edgerton and Ruth Negga as the couple, plus one of our favorites, iron-faced Michael Shannon as a Time photographer.

So if you’ve been following: That’s a powerful and (sadly, still) timely love story, plus major film talents, plus principal photography in Richmond? Something tells us this has Oscar gold dribbling from its pores. If you got your mug in this thing, good on ya.

Sometimes the people who need art the most are those standing at a crossroads — including incarcerated youth whom society might see on paths to lives behind bars. That’s the idea behind local nonprofit Art 180’s Youth Self-Advocacy Through Art, developed with the Legal Aid Justice Center.

The program not only builds confidence and skills through art classes in jails, but also seeks reform through a campaign to encourage young people to advocate for themselves before policymakers. The Robins Foundation rewarded the program with its $500,000 grant, which will help launch the collaboration, keep it going and shed more light on the widespread problem of expensive and outdated punitive systems — which studies have shown to be less successful when it comes to young people. Teach them art instead and they might surprise you.