The department files suit seeking the return of emergency-response manuals that it released to a local anarchist group. 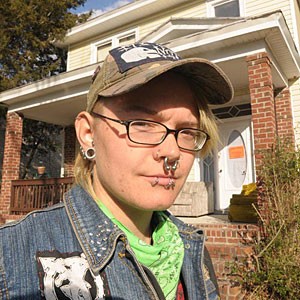 The Richmond Police Department and the City of Richmond have filed suit against a woman who represents a local anarchist collective called Wingnut, asking her to return police policy manuals that the department released to her group.

In the complaint, the Richmond Police Department puts the blame on program manager Angela Harrison, saying she “exceeded the authority granted to her” in responding to a Freedom of Information Act request from the anarchist group.

The group filed its request for the manuals in September, according to Mo Karn, who serves as Wingnut's spokeswoman and contributes to its website, WingnutRVA.org. She also writes a blog at Anarchymo.wordpress.com.

The collective asked for the manuals as part of its Richmond Copwatch program, Karn says, which is aimed at educating the public on police tactics and policies. “Understanding police protocols helps to understand one's rights when dealing with the police,” she says. “And we strongly believe that people need to know their rights in order to protect their rights.”

The department says in the suit that it shouldn't have disclosed the police manuals, which cover emergency policies on crowd management, operation of the mobile command center and a host of other police tactics and policies -- including policies on mounted units and Segway-riding officers.

The release of the documents “jeopardizes and endangers Richmond's Police Officers and citizens,” the department says in the suit, putting the public at risk “because the dissemination of this information would advise the reader what the response would be” in emergency situations.

The court documents name Harrison as the person who handled the Freedom of Information Act request. While negotiating the specifics, Karn says, Harrison told her that “tactical plans” included in the request may be exempt from the information act and would have to be withheld. Karn says that portions the documents were blacked out.

Along with the city, Police Chief Bryan Norwood is named as a plaintiff in the suit. Norwood is the ultimate custodian of the documents and Harrison didn't obtain his permission before disclosing them, according to the complaint.

Lawyers for the city are asking the court to compel Karn to return several of the manuals to police. They've also filed for an emergency protective order to prevent Karn, and presumably any other member of the collective, from publicizing the documents.

But hard copies of the documents included in the original request -- all 595 pages -- have been digitally scanned and made available online. Anyone who's curious about the Richmond Police Department's emergency operations plan or other disputed documents need only surf to the Wingnut's website for a peek.

Karn is unsympathetic with the city's attempts to put the genie back in the bottle, she says. “Our response is that it sucks that you messed up. But that's too bad for you.” She adds that “this suit makes me question whether these aren't public documents, or whether they're only not public when the person requesting them is an anarchist.”

A spokesman for the Richmond Police Department tells Style the department doesn't comment on pending litigation.

Karn says that the group won't take down links to the disputed documents until compelled to do so by court order.