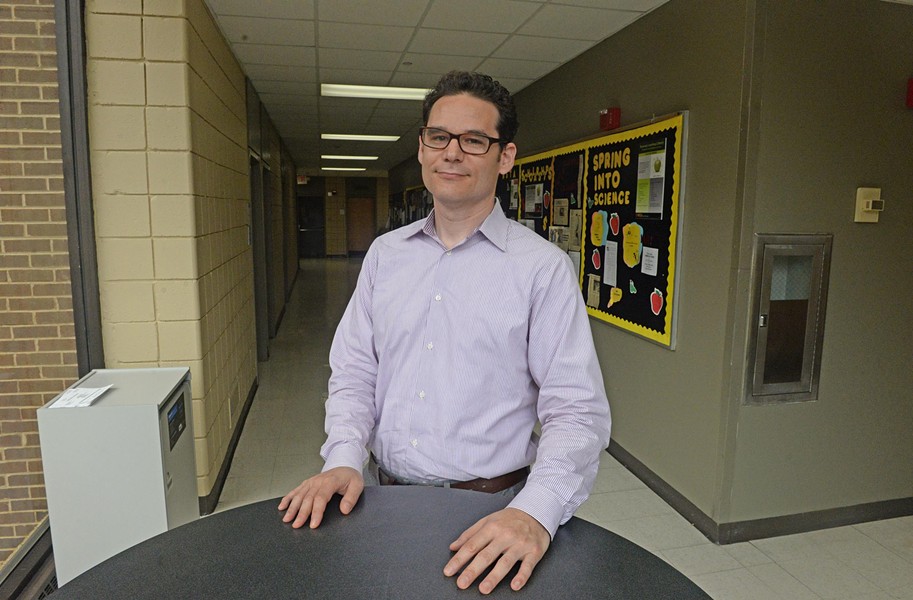 Scott Elmquist Some parents complain about the SOL tests. Others, like Gabriel Reich and members of RVA Opt Out, refuse to let their children take them.

After April showers, May brings flowers. But it bears something else too — a battery of Standards of Learning testing for some of Virginia’s 1.2 million children in public schools.

With the tests drawing near, a dissident group of parents and educators called RVA Opt Out is drumming up action to keep students away from SOLs. The group considers them an abusive waste of learning time and says students become overly stressed boning up for the exams.

“Students can spend up to one-third of their time of the school year preparing for the tests and that is wrong,” says Gabriel Reich, an associate professor of teaching and learning at Virginia Commonwealth University. Last year, he refused to allow his fifth-grade daughter to take the tests.

For years there’s been robust debate about whether standardized testing is a critical measuring stick for student progress or if it forces teachers to waste time teaching test-taking methods rather than broader learning. Reich says the issue became significant with the No Child Left Behind program to mandate standardized testing in 2001 when President George W. Bush was in office.

A supporter of RVA Opt Out, which runs rvaoptout.com, Reich says the movement to slow standardized testing is growing, especially in Henrico County and Northern Virginia. “It’s all over the country,” he says. “In Seattle, an entire class walked out rather than take a standardized test.”

The leader of RVA Opt Out, Victoria Carll, has declined to let her fifth-grader in the Richmond schools take SOLs. She says in three years, the number of parents who are refusing SOLs has tripled, although she has no hard figures.

But the number of parents who refuse standardized testing for their children is quite small, says Julie Grimes, communications manager for the Virginia Department of Education. She says there were refusals for 681 tests last year of the nearly 3 million given.

But is it allowed?

In Virginia, she says, “there is no opt-out option, but we know there are some parents who want that.” She adds that there’s been some new leniency involving SOLs. As of March, a parent can refuse to have an elementary- or middle-school child retake a failed test if the score was borderline, or if there were extenuating circumstances.

Testing times vary according to districts and the school year. But May is a big SOL month.

While Reich is keeping his daughter away from SOLs this year, he says that there may be consequences for her. “She may not be able to participate in governor’s schools or Open High School,” he says.

Grimes says that using SOLs as gatekeepers is up to the individual schools. “It may affect entry into some gifted programs,” she says.

Editor's note: This story reflects a correction to the print edition, in which we misspelled Julie Grimes' first name. Also, we have added that the number of tests that were refused last year, although there is no data on the number of parents who made those refusals.