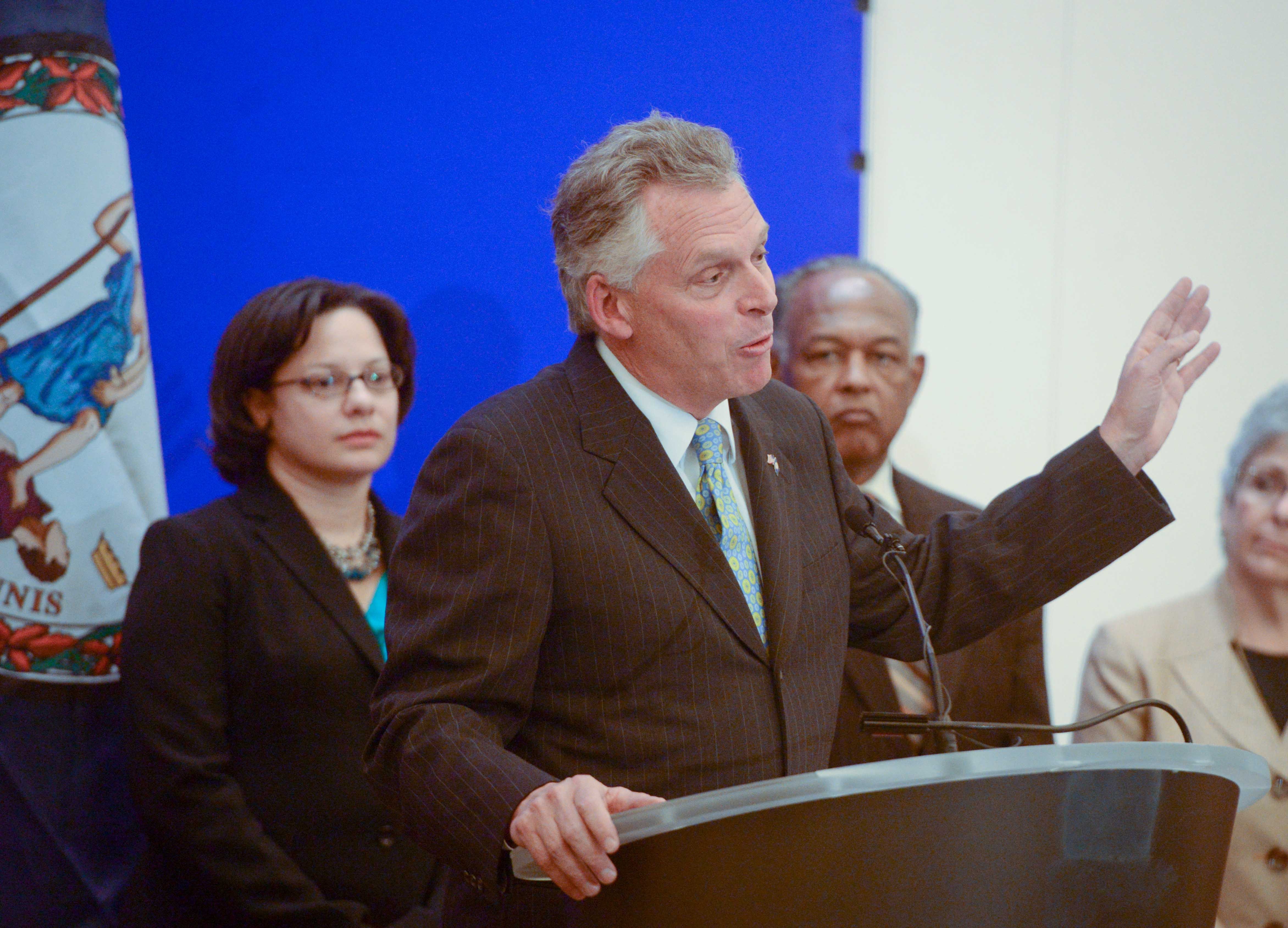 Governor-elect Terry McAuliffe traveled to Richmond today to announce plans for his administration's transition into office. Among those who will lead the effort are two city Democratic politicians: Richmond Mayor Dwight Jones and Delegate Jennifer McClellan.

McClellan will co-chair McAuliffe’s transition committee, charged with helping fill cabinet and other administration members. “I’ll be advising and giving input, helping make the decisions and getting people and resumes together and figuring out how to get his agenda in place,” she said after the announcement.

Jones will co-chair the inauguration committee with author John Grisham. The committee’s role is to raise money to pay for the event.

”We will do everything we can to put together an event that represents the values of our wonderful state and the values of our new governor,” Jones said. “We take our positions as the capital city very seriously, and this is an opportunity to showcase the fact that we are a capital city, so I’m looking forward to it.”

Both McClellan and Jones said they were asked yesterday if they would fill the roles.