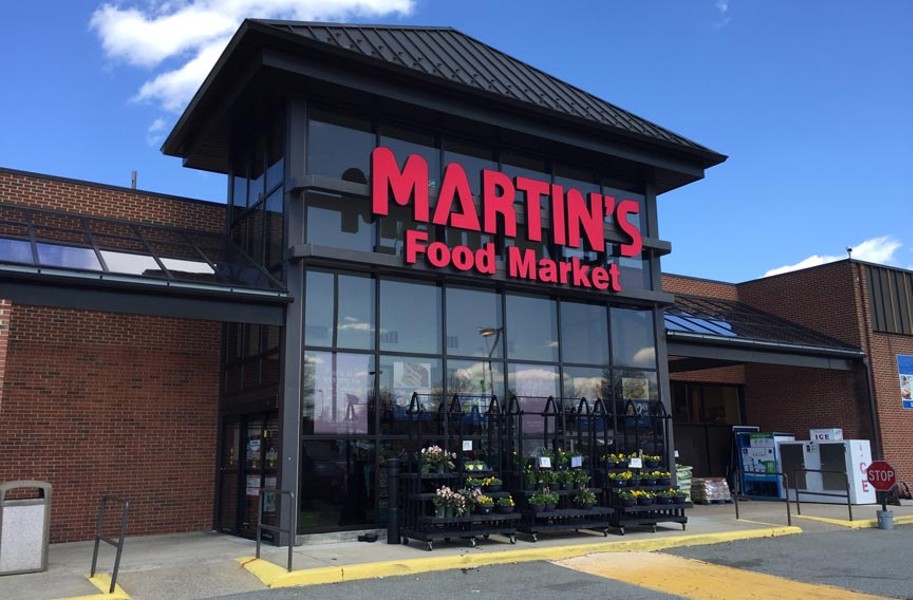 Scott Elmquist With its purchase of 10 Martin’s stores, Publix makes a bold entrance into the Richmond area.

It was the kind of news to make grocery-obsessed Richmonders clutch their old Ukrop’s customer cards, still attached to their key rings, in shock.

Publix Super Markets announced that it was buying 10 Martin’s stores in the Richmond area that were rumored — never confirmed — to be scheduled for closure once parent company Ahold merged with Delhaize.

The merger is valued at $29 billion and will be completed at the end of the month, upon approval of the Federal Trade Commission.

All of this means that pesky antitrust issues that were holding up the deal are resolved. A combined Ahold and Delhaize would have created a monolithic company including Food Lion, Giant Food, Hannaford (remember that name?), Northeastern chain Stop & Shop and Martin’s. At least 80 stores needed to be axed before FTC approval.

It looks like the first 10 dominoes have dropped — and a new player is moving in.

“We’re excited,” Publix spokeswoman Kim Reynolds says. The Florida-based company was started 86 years ago by George Jenkins, who decided early on that his business should be employee-owned. Because employees are invested, Publix has gained a reputation for outstanding customer service.

“We have associates that have been here 50-plus years,” Reynolds says. “The average is 25 to 35 years — and at nine years, I’m considered a newbie.”

Publix made Fortune magazine’s list of best companies to work for 20 consecutive times, including this year. “Turnover is incredibly low,” Fortune reports, “averaging 5 percent for full timers and 38 percent for part timers.”

“I grew up with them in Miami, where they are the venerable local institution,” says “Full Disclosure” radio host Roben Farzad, who follows the industry. “They treat their workers like family, are exceedingly courteous and make the best sub sandwiches in the land. You won’t miss Martin’s.”

This is the company’s first acquisition of a group of stores in a single, localized area.

“When a good opportunity presents itself,” Reynolds says, “we’re going to consider it. We’re still sticking to the principles we’re founded on and even though this may be faster growth, we transfer our management and we have great training programs in place.”

Once permits are in place, which Publix estimates should happen by year’s end, renovation will begin. Other sites are being considered for more stores in the area.

Publix first ventured into the fray when it announced last February that it would build a store on the footprint of what once was going to be a Ukrop’s Super Market in the Nuckols Place Shopping Center in Glen Allen.

By scooping up 10 stores at once in a single area, Publix has thrown the most powerful punch to date in the grocery-store cage match that Richmonders can’t get enough of.