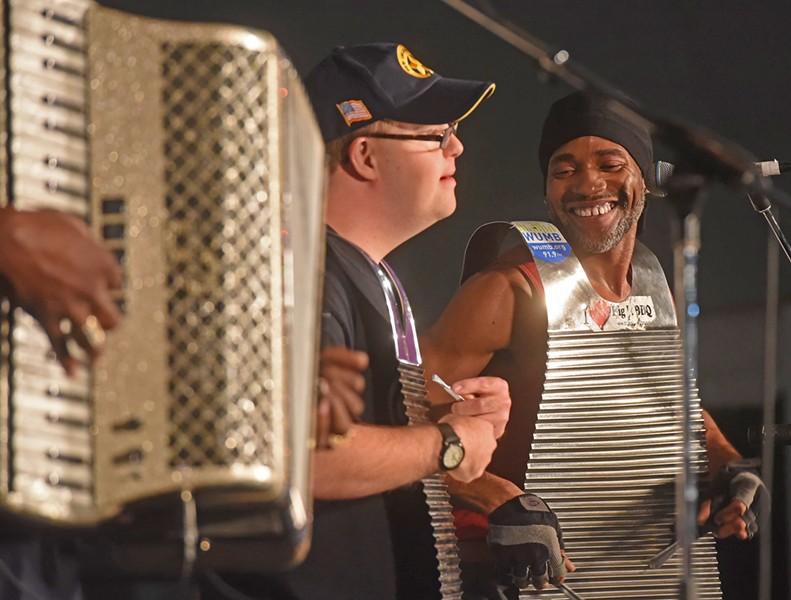 Did you make it to the Richmond Folk Festival last weekend?

Our signature music festival of the year is free but relies on collecting donations. This year organizers collected $120,000, a new record, with more expected to come from online donations not yet counted. The previous record was $118,000 according to Lisa Sims, executive director of Venture Richmond.

As HBO's Larry David might say, the festival was "pretty, pretty, pretty good" this year, even with a lineup that perhaps didn't have as many recognizable artists as years past. Saturday saw consistent crowds even though the weather was overcast, while Sunday was gorgeous, closing things in gloriously sunny fashion with nice breezes off the James. The construction at Tredegar didn't seem to cause problems.

There were many musical highlights, including a brilliant Saturday afternoon set by Memphis soul legend Don Bryant, who was clearly savoring his moment, as well as memorable sets by honky-tonker Wayne Hancock, Bitori feauring Chando Graciosa, and Los Wembler's cumbia sounds from Peru.

Just remember, and again I'm channeling Larry David here for some reason: Nobody is above the bucket. Nobody.