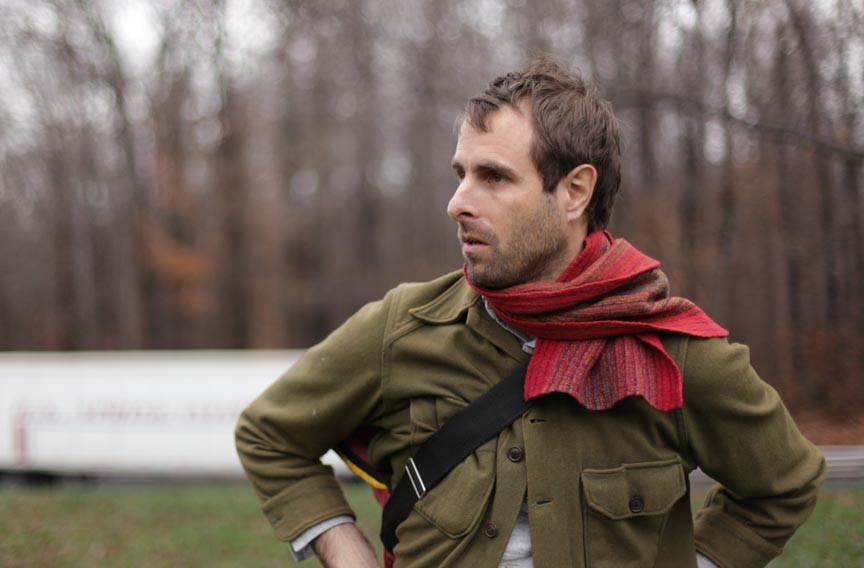 Alverson made his film “to be a challenging and destabilizing experience,” he says. “That’s what I’ve always gone to movies for.” The 41-year-old director and co-writer of the film was in Los Angeles visiting family and taking meetings a day before the Dec. 28 opening night in Richmond. “Troubling, unsettling, I think there’s benefit in those kinds of responses. … American popular cinema is a very different place, more of an anesthetic. This movie is in opposition to that.”

Hollywood is taking notice. Alverson says his next film, “Clement,” is a story about the origins of Ku Klux Klan-style intimidation set in the Reconstruction era. The bigger-budget film will be a Virginia production with shooting on the James River near Scottsville and in Roanoke later this year. But he declines to release who will be cast. “We’re in development, still being financed,” he says, “but I am excited about some of the folks who have shown interest.”

“The Comedy” offers a provocative character study of an entitled, wealthy Brooklyn hipster, played to the grotesque hilt by the comedian Tim Heidecker. It co-stars Richmond musician Liza Kate in a quietly memorable turn as the anti-hero’s sister-in-law. The New Yorker called it one of the best films of the year while others had cooler responses, with critic A.O. Scott questioning the director’s critical distance.

Alverson has experienced critical backlash before, having started out as a musician in the glacial indie band Spokane; he co-wrote “The Comedy” with Richmonder Bobby Donne of influential local post-rock band Labradford and actor Colm O'Leary. “The narrative isn’t driven by the dialogue,” Alverson says, “it’s driven by circumstances and situations, the tone and tempo and musicality of the thing.”

Having now made four films (“Rabbit” is in perpetual post-production, he says), Alverson calls the mixed response around this film, which started at Sundance, eye-opening. “I was surprised by how much of a stranglehold [popular] cinema has on people,” he says, “how people have been preconditioned to expect the thing to think for them, describe a moral universe to them, hold their hand and do all the work.”

Criterion Cinemas is next to Movieland, at 1331 N. Boulevard. “The Comedy” was scheduled to run along with “The Central Park Five,” “A Royal Affair” and “Sleepwalk With Me” at least through this week. Director Rick Alverson and co-writer Bobby Donne will be onhand for a Q&A after the 7:15 showing on Dec. 28.