“LFM: Grande Odalisque” is by contemporary artist Lalla Essaydi who grew up in Morocco and now lives in the United States. Essaydi will speak at a major Islamic art symposium at VMFA in early November.

Even with the Institute for Contemporary Art’s delayed opening, there’s a buzz happening around Richmond’s art and culture scene this fall.

It’s hard to pin down a set of root causes, but artists — those who grew up here, as well as transplants — are committing themselves to Richmond and its status as a midsized, affordable art town. These people, along with firmly established art institutions, are starting new initiatives, while critically re-examining older events and spaces.

Here’s what to watch – chosen in no order — for this fall.

Based on Hiroshige’s “One Hundred Famous Views of Edo,” the exhibition will showcase photographs and a photo novella by collaborators Richard Selesnick and Nicholas Kahn. The unbound book, which features many of the composite images from the exhibition, provides a narrative for an imagined post-apocalyptic world. 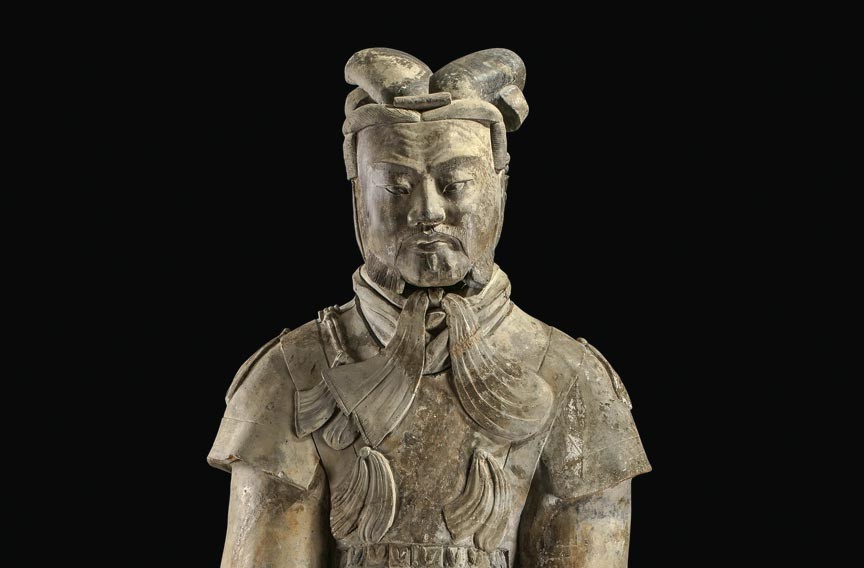 “Terracotta Army: Legacy of the First Emperor of China” at the Virginia Museum of Fine Arts, Nov. 18-March 11.

In 1974, the tomb of Qin Shi Huangdi, the first emperor of China, was discovered in Xi’an with an army of life-size terra cotta soldiers. This November, 10 of those terracotta soldiers travel to Richmond. The exhibition, curated by Li Jian, the E. Rhodes and Leona B. Carpenter Curator of East Asian Art, is the first Virginia Museum-organized exhibition of Chinese art. Culling objects from 20 institutions, the comprehensive exhibition considers the emperor’s legacy by presenting objects from daily life, decorative arts, tools, weaponry and the soldiers. The exhibition is part of the museum’s ongoing partnership with Chinese institutions — remember “Forbidden City: Imperial Treasures from the Palace Museum?”— for cultural exchange. It’s sure to be a big deal: Director Alex Nyerges, museum staff and select local media contacts will travel to Beijing this fall.

Installation artist Sarah Nance’s work is based on research conducted in Iceland and northern coastal regions of Canada and the United States. The exhibition is a complement to 1708 Gallery’s “InLight.”

The Train Shed at Main Street Station is officially open to the public this fall and will host Current, and the Visual Arts Center of Richmond’s Craft and Design Show. Like last year, general admission to Current, an art fair in its second year, is free. However, new things abound — director Sarah Irvin, twice the number of exhibitors, special project spaces and a series of artist talks and themed panel discussions each day. The train station’s size will also allow the juried Craft and Design Show to expand from 60 participating artists to 120.

“InLight” is a decade old and returns to where it all began. This year’s curator Nat Trotman, the curator of performance and media at the Solomon R. Guggenheim Museum in New York has organized exhibitions by many artists, including James Turrell. “In November, these environmental installations of immersive artworks — often with performative, musical and interactive dimensions — will echo the pavilions of the Electric Carnival in 1901, running down the storefronts of West Broad Street,” he says.

Let’s be honest — there aren’t enough platforms for art criticism in town. Few national publications provide local coverage — and then there’s the question of description versus criticism. To ameliorate this dearth, former Institute for Contemporary Arts curator Lauren Ross is launching RVA Critical Art Writing Program, which pairs six mentors from local and national publications with aspiring arts writers. Caroline Wright, former curator at the Visual Arts Center of Richmond and Paige Goodpasture of WRIR’s “Creative Habit” will begin LookSee in October. An online platform, LookSee will feature videos, interviews and stories about visual artists working in or connected to Richmond.

Jaydan Moore is current artist-in-residence at Penland School of Crafts in North Carolina. His work, which uses repurposed metal objects, deals with memory, consumerism and commemoration.