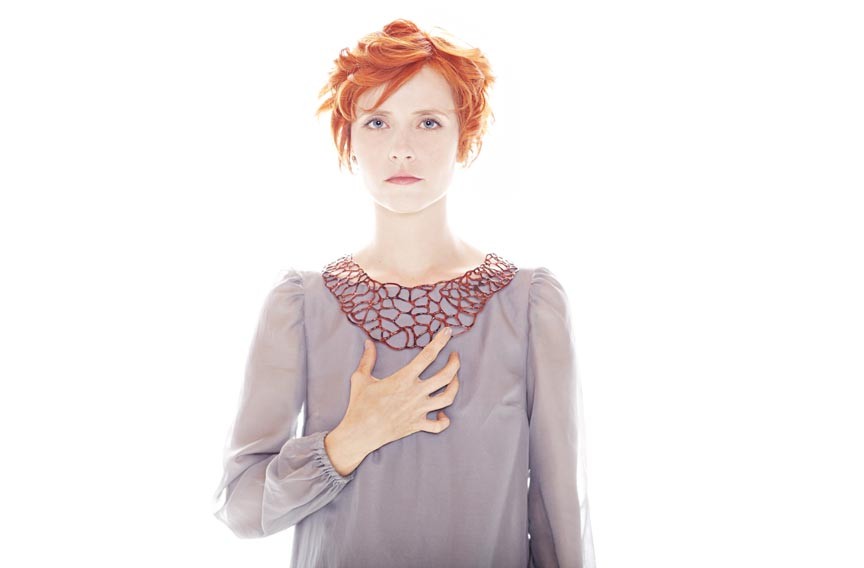 "I had been sacrificed, but I was inspired," says the Richmond-based designer of her elimination from the show during its premiere episode. She says she still cringes when she sees photos of her "disappointed face" online and acknowledges that public scrutiny of a weak moment is tougher than she imagined.

After her departure from the show, the 33-year-old was sequestered for weeks in a hotel room and limited to watching a handful of television shows, including HBO's "Game of Thrones." (She's a Tyrion fan.) Inspired by its fiery characters and ornate costumes, Bacskocky began creating her new collection, which she calls Martyr.

"I've always identified with martyrs and that feeling of sacrificing yourself for someone or for the greater good," she says.

With long, lean silhouettes, ornate lace and delicate sheers, Martyr is Bacskocky at her most feminine. Religious iconography plays a key role, and her signature rock 'n' roll edge remains, but is more subtle on these pieces. "I've got these really exciting leather and metal collars," she says.

Bacskocky is preparing Martyr for a Sept. 16 debut in New York. And she rejoined the cast of "Project Runway" last week to film the finale, which will air early next year. "I've been having nightmares about that," she says, laughing. "I dreamt they had all been working on stuff and I showed up unprepared."

Bacskocky isn't planning to show Martyr in Richmond. The closest it will come to the area is Williamsburg for Virginia Fashion Week in October. "I hate to burst the RVA bubble," she says. "But I want to keep pushing myself to the next level and another audience. This is my time to strike while the iron is hot."