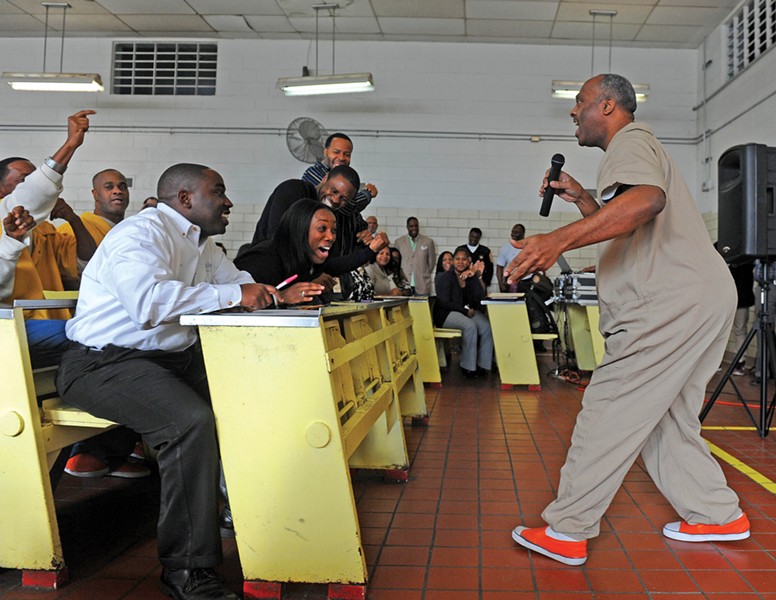 Steven Thompson, a Richmond City Jail inmate serving a two-year sentence for burglary and grand larceny, rouses the audience with his rendition of "Baby Hold on to Me," in a talent show at the city jail.

The event was the culmination of an employment training program, with the winners receiving a post-release job offer from the organizer, Micah White — who also started the local talent competition RVA Has Talent.

Seventeen inmates performed Dec. 13 in the mess hall before an audience of several hundred. Michael Robertson, who performed comedy, and Rebecca Warner-Wysocki, who shared poetry, were named as winners.