“The House of Life” book discussion and reading, June 24 at Chop Suey Books. 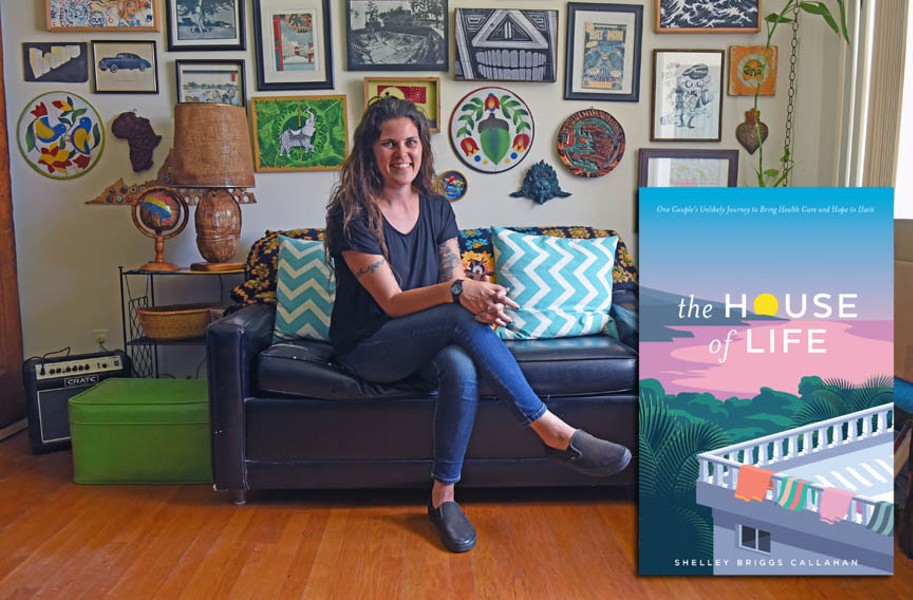 The first time that Dick and Barb Hammond held a medical clinic in Haiti, so many people showed up that they had to do crowd control, in addition to triage.

Shelley Briggs Callahan signed on as a volunteer at the Hammonds’ clinic in November 2011 doing laundry, cooking and counting pills. She enjoyed her time there so much, she returned the following May and has annually since — trips that allowed her to get to know the Hammonds.

The result is “The House of Life,” Callahan’s first book and the story of the Hammonds — then in their 40s and raising a family in Peoria, Illinois — who began working in Haiti in the ’80s. In 1974, on a cruise, the Hammonds’ ship stopped at the island, and they experienced the overwhelming crush of its poverty.

The book’s publisher and owner of Chop Suey Books, Ward Tefft, has been friends with Callahan for 15 years. He knew that she and her twin sister volunteered for the Friends of the Children of Haiti, always returning with such infectious enthusiasm that he became curious about the organization.

“Personally, I was drawn in by these lines [in the book],” he says: “‘It was 1974. The Hammonds had just seen Haiti for the first time. They knew instantly that they never wanted to go back.’ When I read that and realized that over 40 years later they’re still running a successful nonprofit in Haiti from which they do not earn a penny, I had to know what brought them back.”

During her volunteering stints, Callahan got to know the couple well and became fascinated with the clinic’s humble beginnings. The challenges had been enormous. Because they only came once a year, the Hammonds had no fixed clinic site and had to bring all of their supplies with them. There was no way to provide continuing care for a needy population.

When the couple was close to retirement — Dick worked for an architectural firm and Barb was a second-grade teacher — they sat down and decided to build a permanent clinic in Haiti. Barb hosted fundraiser bingo nights every Saturday night for nine straight years. It was enough to buy property and build a 6,000-square-foot, three-story medical clinic in January 2001 that they named Friends of the Children of Haiti.

Callahan, the director of development at Children Inc., a Richmond-based nonprofit organization that assists children worldwide, says the building was a game changer.

“All of a sudden, they could get meds shipped there instead of having to bring them. “They could store food, she says. “Because they were now offering volunteers a better experience with staff-cooked meals and a nice beach to enjoy after the workday, volunteering numbers went up overnight — we had things to offer people between the hard work.”

Six clinic dates a year are offered to provide regular care to Haitians, with the goal of eventually opening year-round. It was during her fifth trip to Haiti, in November 2013, that Callahan first heard many of the details of the long road to the clinic. “Dick said someone should write a book and right then, I said I would. And I meant it 100 percent in that moment,” she says.

Callahan flew to Fort Lauderdale, Florida, where the Hammonds moved after retirement, and she spent three days listening to and recording the Hammonds’ saga. Eighty-five percent of the book came from that initial session. She returned to Florida the following March and August. After that, it took Callahan a year and a half to wrestle those interviews into a book, and it was published Oct. 16, Dick Hammond’s 80th birthday.

Dick also will speak about his early years in Haiti at Callahan’s book reading at Chop Suey on June 24.

“I made a promise to Dick and Barb,” Callahan says of the book. “They’re getting older. And I wanted them to have this.” S