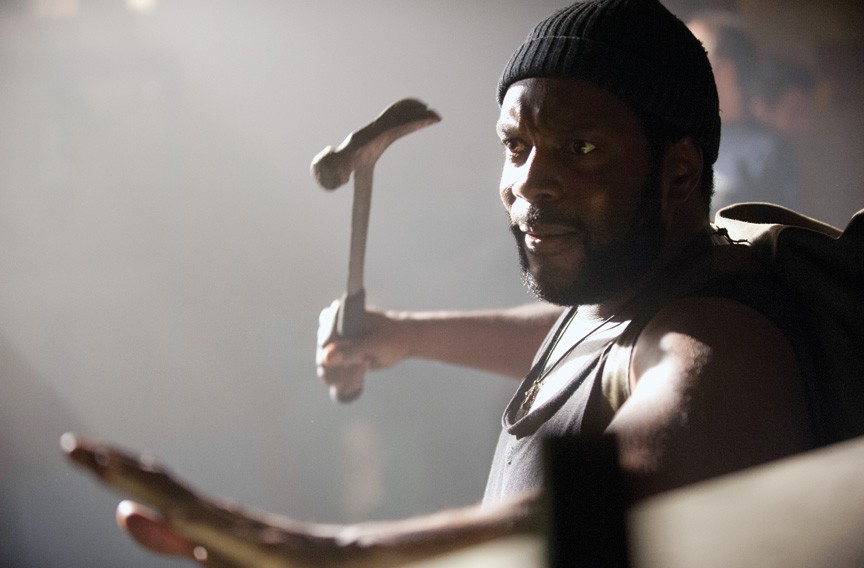 Actor Chad Coleman of AMC's hit series "The Walking Dead" was in town last weekend to volunteer for Camp Diva's annual father-daughter dance when he got the news: His brother, Chris, was back in the city lockup.

So Coleman asked that his brother, who struggles with alcohol and substance abuse issues, be there Saturday when he spoke to inmates about getting their lives together.

"I want these guys to know I'm not some guy floating in off their TV screen. This is real life for me as well," says Coleman, a Richmond native. "It was really good. It gave him a boost. It was good for me to hug him."

Coleman is best known for his role on HBO's acclaimed drug-wars drama, "The Wire," as Dennis "Cutty" Wise, a reformed dealer seeking redemption for his sins.

For the last three years, Coleman also has been the national spokesman for Camp Diva, which provides summer and after-school programs and other support for inner-city teenage girls. Coleman, whose teen daughter, SaCha, has performed on Broadway with Denzel Washington, became involved with Camp Diva after participating in the national Saving Our Daughters charity book series. He volunteers for the nonprofit's annual Date With Dad weekend, which includes a 5-kilometer race, a dinner and ball, and the dance at the city jail.

The dance gained national media attention this year following a recent TED talk by Camp Diva founder Angela Patton. Camp Diva is using Kickstarter to raise money for a documentary about the dance, "Locked In, Not Locked Out," for which Coleman will narrate and serve as host. The Obama administration has shown interest, and other cities are looking at replicating the jail dance, which Coleman says helps families stay connected and encourages inmates to get straight.

The dance is poignant, says Coleman, who praises city Sheriff C.T. Woody for helping to make it happen. "It's not some contentious you're-an-animal deal," he says. "He's saying: 'I believe in who you are. I believe in your redemption and I believe in your desire to reconnect with your daughter.'"