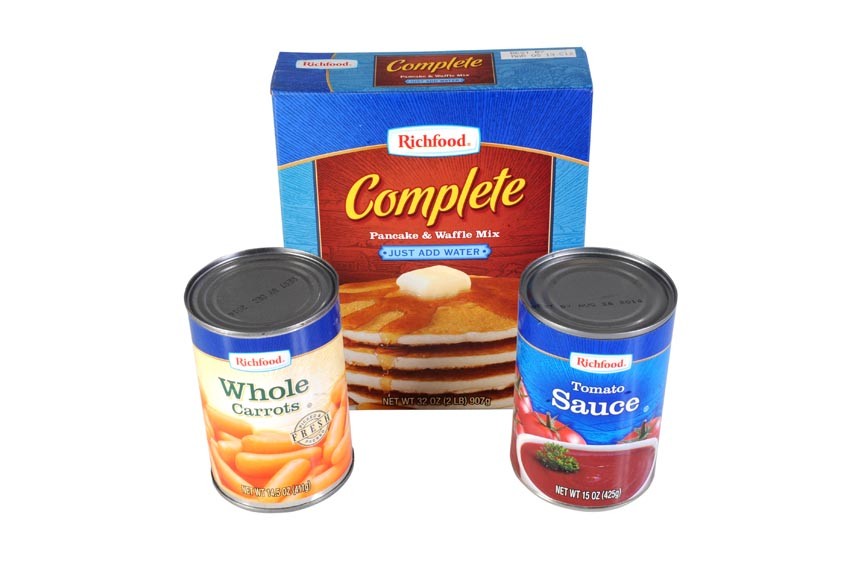 A Richmond icon is getting quietly bumped from local grocery shelves.

Richfood, the private label brand of the former Richfood Holdings grocery distributor, is being phased out after a 57-year run. Supervalu Inc., which purchased Richfood Holdings in 1999, is replacing Richfood with a new generic brand, Essential Everyday, in an effort to consolidate its collection of private-label brands.

"It's a combination of having a true national scale for our private brand and consolidating down to the one name for marketing purposes," says Mike Siemienas, a spokesman for Supervalu. "We've been doing it in waves."

Supervalu began rolling out Essential Everyday branded products to some 2,000 independent grocery stores earlier this year. It's a response to consumer preferences, Siemienas says. Private-label brands have become increasingly popular in the wake of the recession, when shoppers gravitated toward cheaper alternatives to the bigger national food brands.

It isn't unlike Richfood's humble beginnings. In 1935, in a response to pressures from national grocery chains, independent grocers across the state formed a wholesale cooperative in 1935 known as Richmond Food Stores, which changed its name to Richfood in 1974 to capitalize on the popular brand label. Richfood manufactured and distributed products as wide-ranging as canned goods, dairy products, bread and perishables, and eventually owned many of the stores.

Jim Ukrop, former chief executive of Ukrop's Super Markets, says Richfood allowed the company to grow and remain competitive while bigger national chains moved in the 1980s and '90s. "Without Richfood, as a company we would have never existed," Ukrop says. "It was probably the best-selling private label in the state."

When Richfood Holdings went public in 1988, the Ukrop family became its largest shareholder, Ukrop says, which allowed the chain to contribute significant resources into the Richmond community. In 2009 Ukrop's was purchased by the Giant-Carlisle division of Ahold, a grocery conglomerate based in the Netherlands, for $140 million. In 2010 Ahold converted the Ukrop stores to Martin's Food Markets.

Supervalu plans to phase out Richfood completely by early 2013.