Ricardo Sánchez: A Revolutionary Chicano Poet Lost in the Wilderness of Richmond 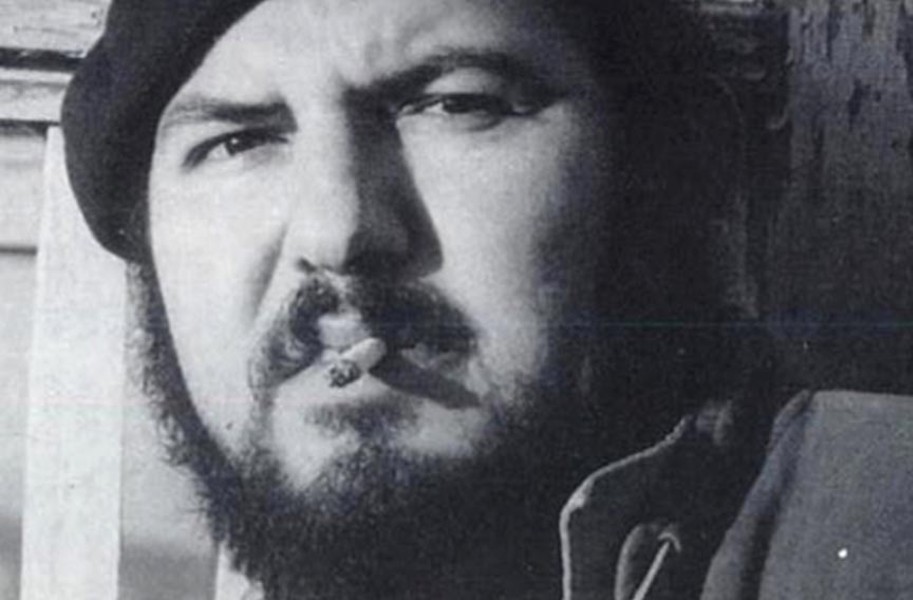 Although his experience in Richmond made a largely bad impression, famous Chicano poet Ricardo Sánchez found a few friends during his time here in the late ‘60s, hanging out playing chess at the Village Restaurant. April is National Poetry Month.

In the Olde Commonwealth of this here Virginny … I now write this short definition of myself — a Chicano — lost in the wilderness of the deep south, and very perplexed am I about this place. — Poet Ricardo Sánchez, on his arrival in Richmond, June 19, 1969.

He arrived at Byrd Field in the summer of 1969 on a Frederick Douglass journalism fellowship. A poetic genius fluent in four languages, capable of ferocious, heartfelt rhetoric but frustrated by the South, Sánchez soon left Richmond to become America’s undisputed revolutionary Chicano poet before his death in 1995.

“The hot, humid air bristled me,” reported the angry, young paroled convict and chess master upon his and 14 other young minorities’ summer arrival. “Spanish would be absent — and the sense of culture would be an estrangement for me.”

Born March 29, 1941, Sánchez was the youngest of 13 children raised in a dangerous El Paso, Texas, neighborhood known as El Barrio del Diablo. As a teenager he hung with neither Mexican nor American pachuca subculture, but he was a poet and gifted student. Until 1958, when a teacher told him he was going to work for the city because “Mexicans don’t become poets.”

From 1960 to 1968, Sánchez served two jail terms for armed robbery in California and Texas, but while in prison earned his G.E.D. and learned Hebrew from a rabbi.

“My son was on the way, I was busted,” he said in 1980 of his incarceration. “I picked up a gun hoping … that Teresa would not have to go to a butcher shop like county general hospital.”

With his post-prison employment allegedly sabotaged by a hostile parole officer and “with no civil rights as a Chicano and an ex-convict,” a friend named Pete Duarte helped secure Sánchez the Richmond fellowship, co-sponsored by the Richmond Afro-American newspaper. He was briefly joined in his Church Hill apartment by his wife, Maria Teresa Silva, and young son, Rikard-Sergei.

The harshly segregated Richmond of 1969 was a shock. Another journalism fellow, James Vaughan, wrote: “Only minutes away from the landscaped remains of Civil War glories sulked the evidence of a forgotten segment of the city’s population. Black people living in houses unpainted, unroofed, unsanitary, and inhumanely rented out by absent white landlords. That was Fulton.”

Sánchez too was estranged from Southern socio-economic disparities but felt a kinship with Richmond’s itinerant black population, who he compared with the “brown poor” of El Paso. He wrote in the Afro that as a Mexican-American he had the vantage point of “having been already confronted by the hideous faces of poverty, hunger and deprivation in my own life’s journey.”

Only his second day in town, Sánchez accompanied Afro reporter Barry Barkan to Petersburg, where they watched in horror as a phalanx of riot-gear-clad white policemen passed by nonlethal crowd-control devices to lock and load live ammunition in front of 400 black residents protesting the city’s inaction against a white policeman accused of raping a black girl. Fearing a massacre, the protesters dispersed at the urging of Black United Front representative Tony Cox.

Sánchez’s poem “Hurt of a Different Hue” expressed the anger he felt at a Southern police force “ready to snuff out human lives.”

you arrived last night
and the strangeness of the
southern madness
affected you
and
somehow I read in your being
a resistance
to the hideousness
the south is
and our son
verbalized
all the idiocy
herein
yet,
it is here that
we must live

Sánchez found solace and friendship at the Village Restaurant on Grace Street, and frequently showed off his chess acumen. According to his friend Bruce Smith, several chessboards were set up one evening at the apartment of fellow poet Rik Davis. Sánchez traveled from table to table, reportedly winning every game.

An excerpt from his poem “Human … to the first power …” acknowledges these activist elements:

“… and even this here
commonwealth
of olde Virginny
is reclusive
habitat
hiding neo-Nat Turners
non-genuflectors, E. A. Zapata,
and other freedom fighters
striving to re-humanize humanity
somehow …”

Around Christmas, the Sánchez family slipped out of Richmond and he became a staff writer and adjunct professor at the University of Massachusetts, where he refused an offered doctorate.

A collection of poetry first published in 1971 titled “Canto y grito mi Liberation” (“I Sing and Shout My Liberation”) established him as the major literary voice of the Chicano movement. He completed a doctoral program at Cincinnati’s Hebrew Union College in 1974, then further cemented his reputation in 1976 with “HechizoSpells” and “Milhuas Blues and Gritos Norenos” in 1978. He participated in the One World Poetry Festival in Amsterdam, Holland, in 1978, and in 1986 he was invited to the Poets of the Latin World in Mexico City.

In 1993 he accepted a job at Washington State University, just before he was diagnosed with terminal stomach cancer. Sánchez’s presence was “awe-inspiring,” and the school’s self-described diluted Chicano brand returned as a proud and proactive heritage.

Despite the full-time professorship, however, Sánchez was destitute and on permanent disability from his illness. “I feel fortunate, I don’t feel moribund,” he proudly told poets, students and colleagues at a fundraising benefit for him in Pullman, Washington, on March 29, 1994. He died Sept. 3, 1995, at age 54.

… What is more primordial
than the lightless madness
of this commonwealth nightmare
so devoid of cuneiform truth …?