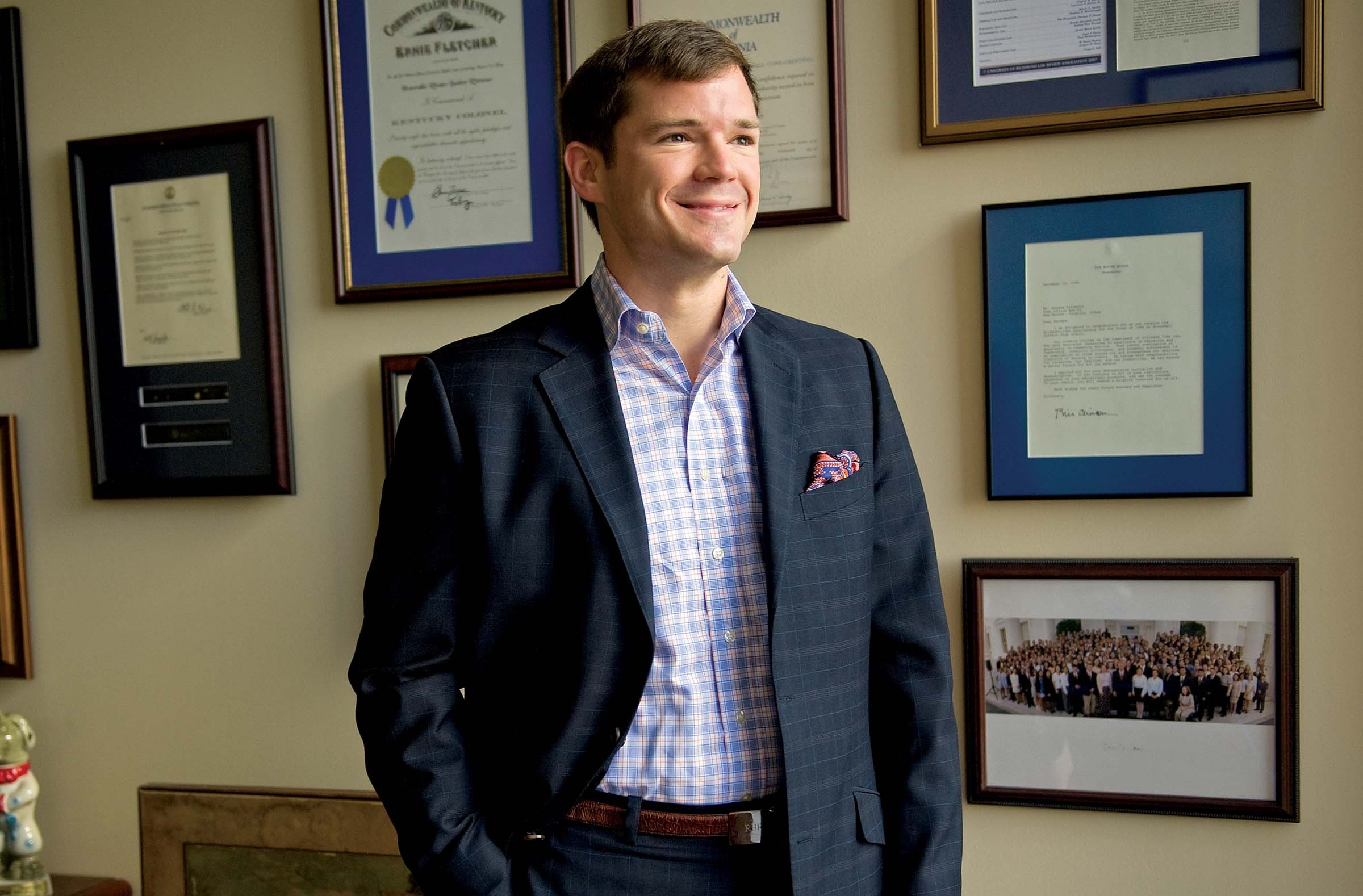 Diabetes can be debilitating, but Rhodes B. Ritenour never let it get him down. At 5 years old, the man from New Market in the Shenandoah Valley was diagnosed with the Type 1 version of the disease, which if untreated can be fatal.

For the next 30 years, Ritenour followed a long treatment regime, including checking his blood sugar more than 80,000 times and giving himself 20,000 insulin injections. "The disease has to be properly managed," he says.

Such discipline rubbed off in other ways. He won his undergraduate and law degree from the University of Virginia and served in various legal clerkships — with Sen. Mark Warner on policy, and in the press section of the vice president's office.

He was fast-tracked to partner at his law firm, where he splits his time between intellectual property and alcoholic-beverage regulation. His clients include a large South Korean company and breweries in Delaware and New Hampshire.

Ritenour regards a major contribution being his work with diabetes. "When my wife, Alana, and I moved to Richmond in 2006, we were surprised there were no diabetes support groups," he says. So the couple set up one that grew to include more than 100 members. They also created a public-access television show, and Ritenour has written a book about diabetes management.

The next project he's tackling? He and his wife expect their first child Dec. 13. "That's going to be a lot of responsibility," he says. "It really scares me."