Given that 25 percent of Richmond’s children are Caucasian but only 10 percent of children in city schools are white, it’s absurd to act as if race doesn’t matter. 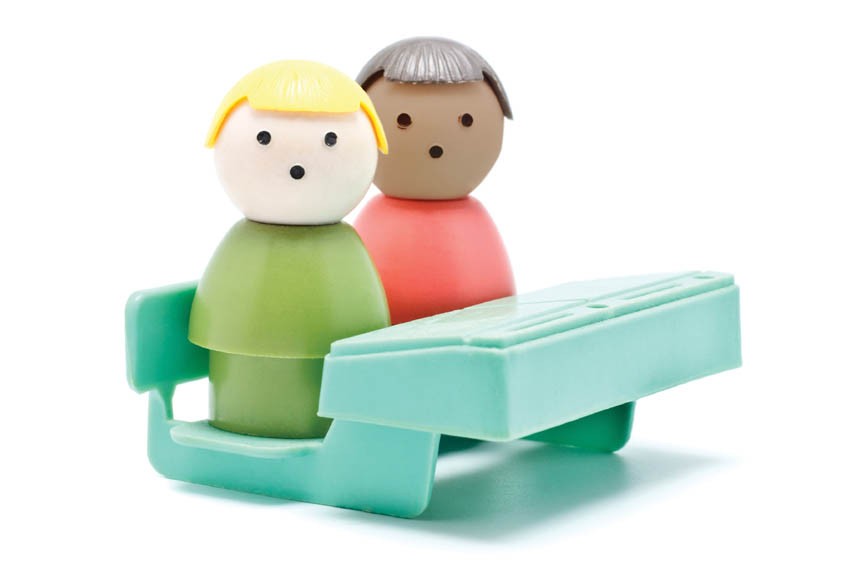 As the city's school rezoning process moves toward a conclusion next month, the Richmond School Board has the opportunity to incorporate two key issues conspicuously absent from public debate: the goals of promoting diverse schools and increasing the number of high academic achievement schools in the city.

The two issues are linked in ways not widely understood. Most understand that Richmond doesn't have a problem only with white flight, but also with middle-class flight of all races, with respect to parents of school-aged children. But there are particular racial dynamics underlying the rezoning debate that need to be honestly addressed. Given that 25 percent of Richmond's children are white but only 10 percent of the children in city schools are white, it's absurd to act as if race doesn't matter.

For years, conventional wisdom among white, middle-class parents in the city has been that if you are going to send your children to city schools, do whatever it takes to enroll them at Mary Munford or William Fox elementary. In 2011-'12, of the 1,300 non-Hispanic white pupils attending city elementary schools, some 758 (58 percent) are at Munford or Fox. Overall, 79 percent of children at Munford and 65 percent at Fox are white.

It merits some comment that the city is operating two majority white schools in a system that's 81-percent African-American, and more than half of the elementary schools are 85 percent African-American. This arrangement both reflects and promotes the view that the only way to get the bulk of white middle-class children to attend public schools in the city is to offer them majority-white schools.

The safest option for the School Board would be to preserve that status quo. Indeed, some parents would prefer to wish away Richmond's history of school segregation and pretend that race no longer is an issue. The bolder move — one with greatest long-term payoff for the school system, its students and the city as a whole — is to create more schools with a demographic that reflects the diversity of the city. Here are three reasons why:

First, the strategy of using majority-white schools to attract white, middle-class parents is self-defeating in the long term. There's no majority-white middle school in Richmond, and there won't be one anytime soon. White parents who aren't comfortable with the idea of sending their children to a majority-black school will continue to do what many white parents do now, which is send their children to Munford or Fox, and then go private or suburban for middle school and beyond. To alter this dynamic, more white parents are going to need to have positive experiences in majority-black settings.

Second, having more diverse schools is good for everyone. Substantial evidence documents the positive long-term impact of attending racially integrated schools on black children. But it's increasingly recognized that white students also have much to gain from diverse learning environments, from learning to be comfortable in the experience of being in the racial minority to making friends across racial lines. The America of their adulthood will be one in which non-Hispanic whites cease to be the majority.

Third, it's simply false to assume that white students will suffer academically from being in a majority-black setting.

Linwood Holton, a majority-black elementary school with a significant (30 percent) white population, is living proof. In 2010-'11, the school's fifth-grade pupils consistently out-performed statewide averages on the Standards of Learning reading, writing and math tests within each major demographic group for which data is available (white, black and economically disadvantaged).

In other words, at Holton, black children (63 percent) and economically disadvantaged students (45 percent) did better, often substantially better, than black and economically disadvantaged students statewide. At the same time, white students (30 percent) at Holton did better than white children statewide. Among white fifth-graders at Holton, 92 percent received advanced proficiency on the math portion of the test last year, compared to 63 percent of white students statewide, including 75 percent in Henrico County, and compared with 93 percent and 89 percent of white students at Fox and Munford, respectively.

This is important and promising evidence demonstrating that a school can reflect the city's underlying demographics and achieve across-the-board success. The school offers a positive model that the School Board needs to try to replicate in other neighborhoods.

If that can be achieved, Richmond will not only offer more students a diverse and effective learning environment, but also encourage more middle-class parents — white, black, Asian and Hispanic — to embrace public schools going forward. Showing that diverse schools can be successful for all the students would puncture a lot of unspoken assumptions among middle-class parents. It also would strengthen the odds of keeping more middle-class children in the public school system at the middle and high school.

Continuing to, in effect, reserve two schools for whites within an overwhelmingly black school system is a failed strategy for achieving either diversity or long-term success. It's time to chart a new course, building on what recent experience has taught us: With good leadership and full community buy-in, diverse schools can work well for everyone. S

Thad Williamson is an associate professor of leadership studies at the University of Richmond.