The latest from Todd Solondz follows a dachshund across America. 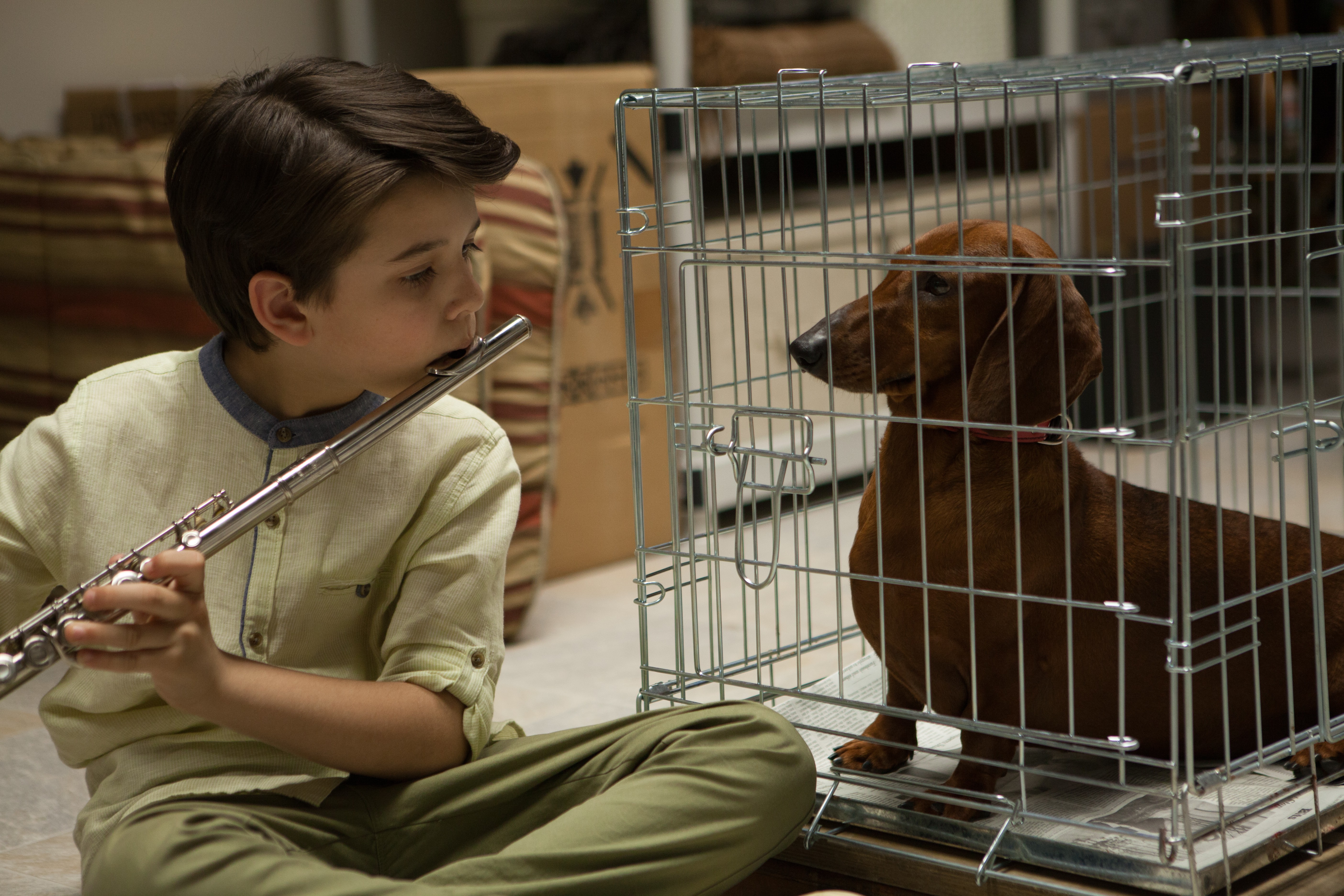 Children and small animals aren’t safe around a Todd Solondz film. Even less so when they’re in them.

Solondz’s “Wiener-Dog” is fun for everyone else -- at least everyone who can appreciate its uniquely dark satire. But its protagonists aren’t so lucky. They revolve around a peripatetic pup named Wiener Dog, a dachshund given to a little boy (Keaton Nigel Cooke) by his parents in the opening scenes.

Solondz, who may have been jailed in other countries for directing such nonpolitically correct comedies as “Happiness” and “Welcome to the Dollhouse,” wastes no time pouncing on the ironic absurdities of modern life, realism that seems taboo in the fantasy world of so much contemporary cinema.

Sample dialogue, when Wiener Dog is first purchased and given to the boy by his otherwise misguided father.

Boy: “What does ‘housebroken’ mean?”

Father: “It’s a way of civilizing. You have to break their will, make them human, in a way.”

Boy: “So they go to the bathroom outside instead of inside?”

A horrific bowel accident involving granola bars rends the boy from his Wiener Dog, sending it on a sojourn with several other owners.

If you haven’t seen the trailer, it would spoil too much to reveal the character name of Wiener Dog’s second owner (Greta Gerwig). She seems like the perfect parent, but Solondz has other plans, and Wiener Dog is given away again, first to a married couple, and then a washed-up screenwriter (Danny DeVito), and finally an elderly artist (Ellen Burstyn). Wiener Dog’s trippy trip across America must be seen to be believed. But Wiener Dog is more device than character, a lens for American farce and a vehicle for Solondz to explore the country’s underbelly, to root around for its ticks and fleas, so to speak.

The film is less ambitious than Solondz’s early masterpieces, but its best moments rise -- or fall, depending on your point of view -- to their level.

Solondz’ sense of humor is decidedly unique. He exceeds at exposing our common frailties and private humiliations, finding what’s hilarious about the embarrassments we share and our common shortcomings. Chesterfield County native Devin Druid shows up in one funny scene about a college applicant clumsily interviewing at a film school.

The in-joke of the title won’t be lost on fans of the director’s earlier films.

But though the references pile up, anyone can see “Wiener-Dog” and enjoy its distinct brand of American weirdness. Or not. It really depends on what you have the stomach for. That last sentence will make more sense if you’re brave enough to see the film. (R) 93 min. 4 STARS