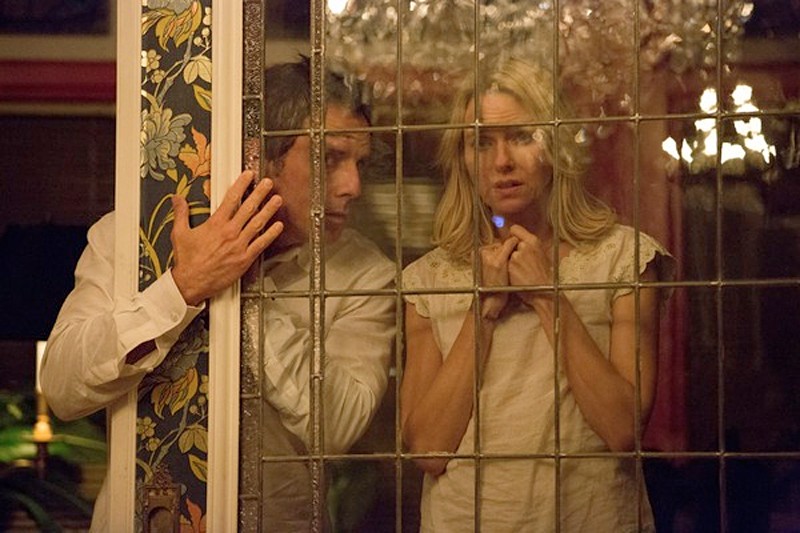 The new Noah Baumbach film “While We’re Young” begins with a quote from a Henrik Ibsen play regarding anxiety toward youth, the “march” and “retribution” threatened by new generations. It plays out this anxiety in a clever conceit, a profile of different generations of contemporary documentary filmmakers, with different ideas about the meaning of truth.

The easy assumption is that it should mean the same to them all, but that assumption is skewered in an entertaining and thought-provoking satire that feels like something Woody Allen could have made in his prime.

The movie begins with Josh (Ben Stiller), a 40-something film professor whose aspiration for authenticity and refusal to cut corners has sentenced him to filmmaking purgatory. He’s been polishing his current project so long he must re-shoot footage to catch up with his current appearance. Josh’s inertia is put into even starker relief when he and his wife, Cornelia (Naomi Watts), meet admiring students Jamie (Adam Driver) and Darby (Amanda Seyfried). Their exuberance, charm and audacious ambition intoxicates and hypnotizes the elder couple.

Jamie and Darby arrive just in time to save the two from some of the discomforts of growing older, like engaging in baby talk with their friends Fletcher (Beastie Boy Adam Horovitz) and Marina (Maria Dizzia), who have subsumed themselves in their firstborn. “We’ve lost them to the baby,” Cornelia says. But in Jamie there is hope, a walking, talking can of Red Bull reminiscent of Driver’s character from the HBO show “Girls.”

The couples start hanging out often and their budding friendship wittily reveals tangled, sometimes inaccurate ageist assumptions. There is a generation gap, but it doesn’t always play out how we might expect. Josh and Cornelia are consumed by trends like Facebooking on iPads, while youthful Jamie and Darby demonstrate rebellion by turning toward all things outmoded. Worn VHS tapes and antique typewriters adorn the desks and walls of their apartment, so quaintly filled with all manner of vintage artifacts it looks more curated than decorated, like a gallery or museum exhibit.

Such juxtapositions might be intended to undercut any assumed preference by the film for Jamie’s glib, spontaneous personality over Josh’s comparatively stolid one. Is preening admiration for old-fashioned technology any less insufferable than the cultlike adoption of the new? “Let’s just try to remember!” Jamie insists at one point when Josh pulls out his smartphone to look something up, insisting again when nobody can recall the answer, “let’s just not know,” as if not knowing were a radical act. Jamie is too busy being smugly satisfied to realize there were encyclopedias before there were Wikipedias, and everyone is too infatuated with his confidence to remind him.

Such moments, recalling the film’s preamble, make us wish we could let in the parts of youth we admire and lock out the parts we don’t. What is youth in a world not just devoid of new ideas but uninterested in them? Josh suspects and eventually realizes his new young friends doth protest and decorate too much, becoming incensed about the value of process and authenticity. But though he’s talking about art he might as well be talking about life, especially in an age containing the dubious credo that everyone should make their life a work of art.

The film seems to ask if that credo is merely a clever cover for co-opting other people’s hard work and ideas. How creative is it, really, to decorate with a bunch of thrift-store and eBay finds made by someone else? We learn, at one point, Jamie and Darby “said our vows in an empty water tower in Harlem.” It’s hard to imagine documentary can survive a mode of existence so contrived.

The surprise of “While We’re Young” is that it can delve into these heady topics with such a light and amusing tone and never get bogged down in moralizing. It doesn’t allow its characters or story any easy answers. There is no moral compass. One of the final jokes is that Cornelia’s father (Charles Grodin), an elder statesman of the documentary movement, turns out to be as ambivalent about truth as Jamie. Josh frets and fumes at first, but also ends up frustratingly equivocal, which befits an age in which values are so transient, so easily adjusted.

The film’s coda initially seems like a cheap shot, but might also make Ibsen’s line, from that same passage of “The Master Builder” – “Youth against youth!” – more ambiguous and frightening than ever. (R) 97 min. 4 STARS