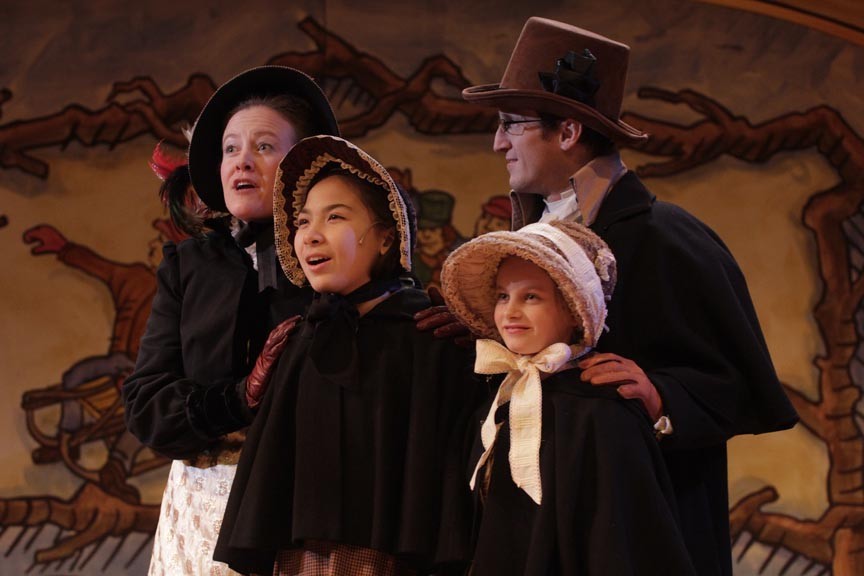 “Twas the Night Before Christmas,” on a Virginia Rep stage,

Playing one hour long, for those young of age;

Following Clement Clarke Moore as he writes his great poem,

The show lacks the pizzazz to bring it on home,

Creating the verses destined to endure;

We see Moore as he frets, his daughter is sick,

He must finish his poem, and finish it quick;

The surprises are few, but not a full loss,

With a mouse named Diana, for the Supreme named Ross,

Backed by the Sugar Plums, Hayward and Shaw*;

His eyes all a-twinkle, his beard bushy thick;

The cast sings sweetly, to say the very least;

And the lights will make sugarplums dance in your head;

Though it could use a good goosing, it’s pleasant enough,

* - Ashlee Arden Hayward and Pamela Shaw portray the Sugar Plums in this show.