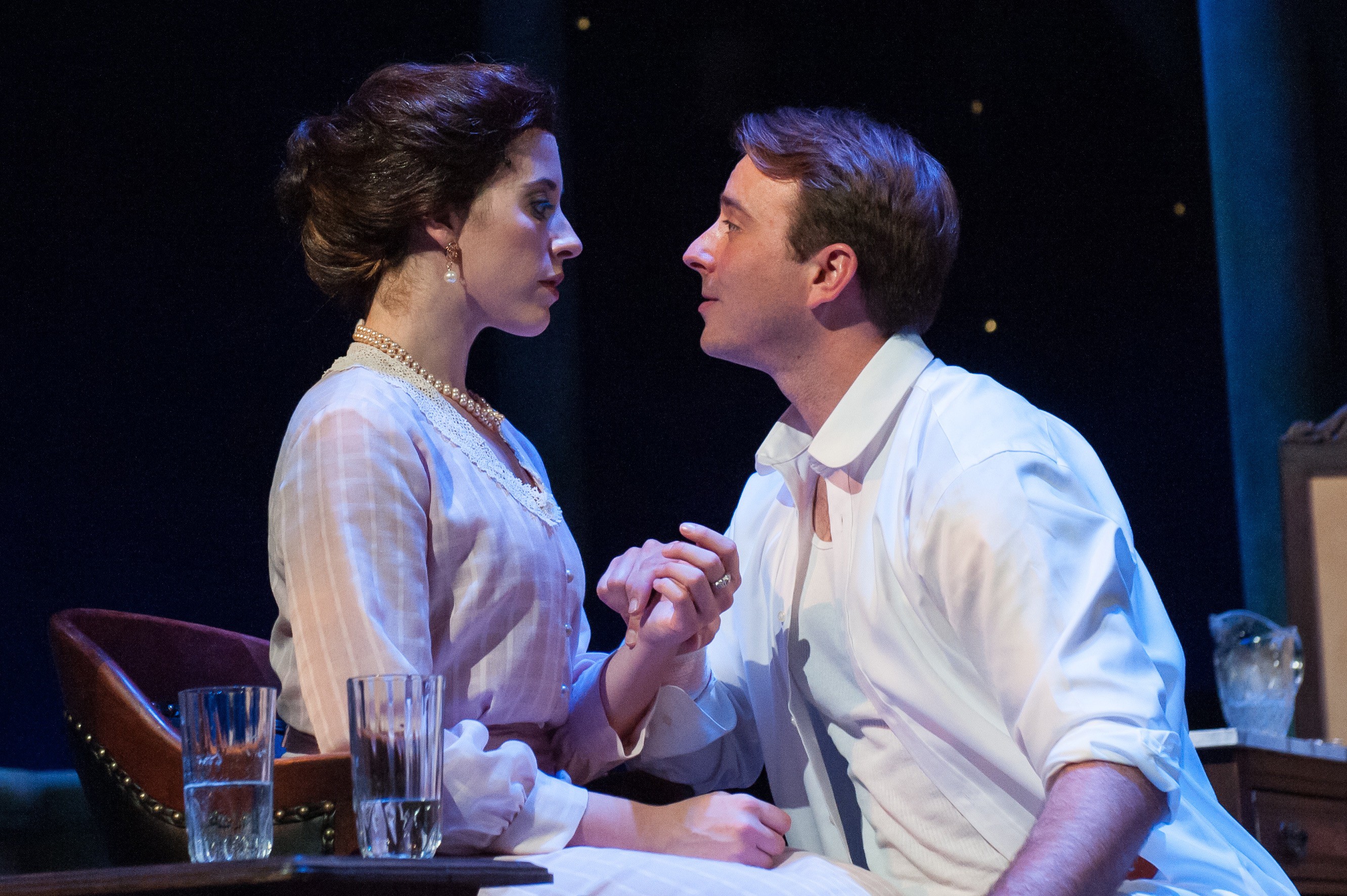 Before the start of Virginia Rep’s staging of “Summer and Smoke,” the show’s actors take the stage to deliver a prologue.

In 1953, they tell us, six New York theater artists risked it all to start a theater company in Hanover that would become one of the foundations of Virginia Rep. To found Barksdale Theatre, one of the six left his job as the stage manager of Tennessee Williams’ “Summer and Smoke,” starring Geraldine Page. Not only was that production the toast of the town, but some critics refer to it as the beginning of the modern off-Broadway movement.

Upon arriving at the then dilapidated Hanover Tavern, the six actors gathered in the unfinished basement and held a private reading of “Summer and Smoke.” Sixty-three years later, Bruce Miller decided it would be the perfect show to close his tenure as Virginia Rep’s artistic director.

And what a show it is. On Rich Mason’s stunning set, Miller has crafted a masterful production of longing, desire and the depths to which sexual repression can drive a person. Taking place in the fictional Glorious Hill, Mississippi around the turn of the last century, the play follows Alma Winemiller (Carolyn Demanelis) as she pines for the hell-raising rascal next door, Dr. John Buchanan Jr. (Alexander Sapp).

Though light on plot, Williams’ script is a rich exploration of theme and character, particularly that of Alma. Williams wrote that the character and her complicated relationship with her sexuality made Alma his most autobiographic character, and Demanelis doesn’t disappoint with such a rich offering. Where Williams’ ingénues can seem cloying or unrealistic in lesser hands, Demanelis rises to the occasion, making the audience care deeply about her.

Opposite her, Sapp yet again proves himself as one of Richmond’s finest actors. He’s perfectly cast as the charismatic young doctor who has taste for whiskey and easy sex. Even in his smaller ticks – the closing of the flask or the chomping of a piece of hard candy – Sapp gives us a fully realized and realistic portrayal.

The supporting cast is also strong, with Charley Raintree playing John’s paternalistic father and Alexandra Deglise pulling double duty as Alma’s mother and John’s Mexican lover Rosa. It’s only here that the play stumbles a little; as written, Rosa and her father run a little too close to stereotypes of the era for comfort.

At its close, Miller’s direction takes a slightly more modern direction than Williams’ script might suggest. Instead of a message of broader inclusion, the staging seems to say that society may allow a man his dalliances, but still force a woman to pay for her hard-won knowledge.

Virginia Rep’s “Summer and Smoke” plays at the November Theatre through May 15. For more information, visit va-rep.org or call 282-2620.