Review: TheatreLAB's "When Last We Flew" at Richmond Triangle Players 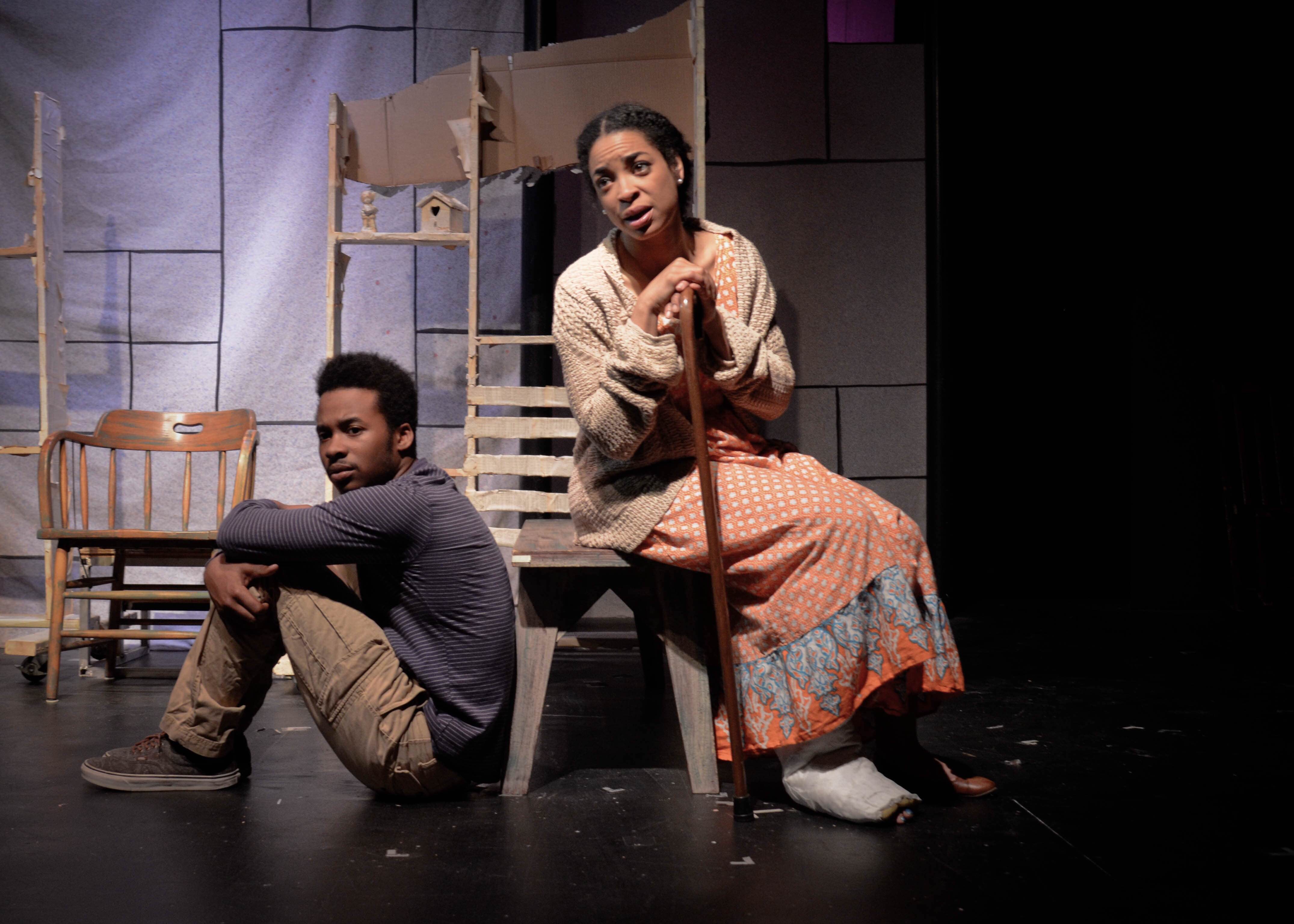 TheatreLAB’s latest production, “When Last We Flew,” starts out like any number of teenager coming-of-age stories.

And then an angel crashes through the bathroom ceiling.

With theatrical flourishes like that one, playwright Harrison David Rivers has recast the typical angsty problems of its young characters that could be so much navel-gazing into visceral eruptions of experience. It’s the first “coming out” play that I’ve seen that made me truly feel how surreal and disconcerting it can be to discover you are different from the world around you. And while the devices employed are a bit fantastical, the result is a surprisingly humble, human, and heartfelt drama, leavened with large slices of humor.

The play focuses on Natalie (Raven Lorraine) and Paul (Marquis Hazelwood), two African-American teens living in the middle-of-nowhere Kansas, both starting their senior year of high school. As the sole black student at her snooty private school, Natalie is drafted to sing a song in honor of Martin Luther King, Jr. at a school assembly, with disastrous results. Across town, Paul won’t leave the bathroom, obsessively reading and rereading the play “Angels in America” as a salve to relieve the painful side-effects of his homosexuality.

Both teens have parents with complex stories of their own, Natalie’s mom (Jessi Johnson) still melancholy about having left Washington DC years before and Paul’s mom (Katrinah Carol Lewis) still devastated by her husband’s betrayal. Eric Evans gives an endearing performance as Paul’s would-be suitor and Jay Banks shines in a myriad of roles, from Natalie’s principal to Paul’s absent father.

The two main plot lines play out simultaneously but separately on stage until they collide in comic and revelatory ways. Both Lorraine and Hazelwood capture the overwrought nature of teen-dom without falling into caricature and take advantage of many opportunities for nuance. The scenes when they are trying to be “normal” kids at school are particularly effective as they try to reign in their outsized emotions.

But the moments that had large swaths of the audience in tears by the show’s end were interactions that too often come across as schmaltzy in other plays: a budding friendship, a reconciliation between parent and child, a first kiss. Director Chelsea Burke has staged these moments impeccably and also handles the aspects of magical realism that pop up with understated grace. Her direction, together with the performances of a uniformly excellent cast, breathes vibrant life into an already stellar script.

The production is not flashy but nicely utilitarian from a technical standpoint: Ryan Allen’s costume design helps distinguish the multiple characters Banks and Johnson portray while Michael Jarrett’s lighting design delineates important areas of the stage. Michael Todd’s simplistic scenic design isn’t particularly attractive but it gets the job done.

Paul’s and Natalie’s stories are not unfamiliar but it is worth noting that few mainstream plays have bothered to tell them from an African-American perspective. More significantly, TheatreLAB has granted lucky theater-goers a rare, intuitive and sympathetic view into the minds of some tormented teens and the people who love them. Those looking for an antidote to the excessive numbing sentimentality so often seen on stage should catch this show during its limited run.

“When Last We Flew” plays Monday through Wednesday this week and next, April 13th through 22nd at Richmond Triangle Players theater, 1300 Altamont Ave. Tickets available at TheatreLABRVA.org.