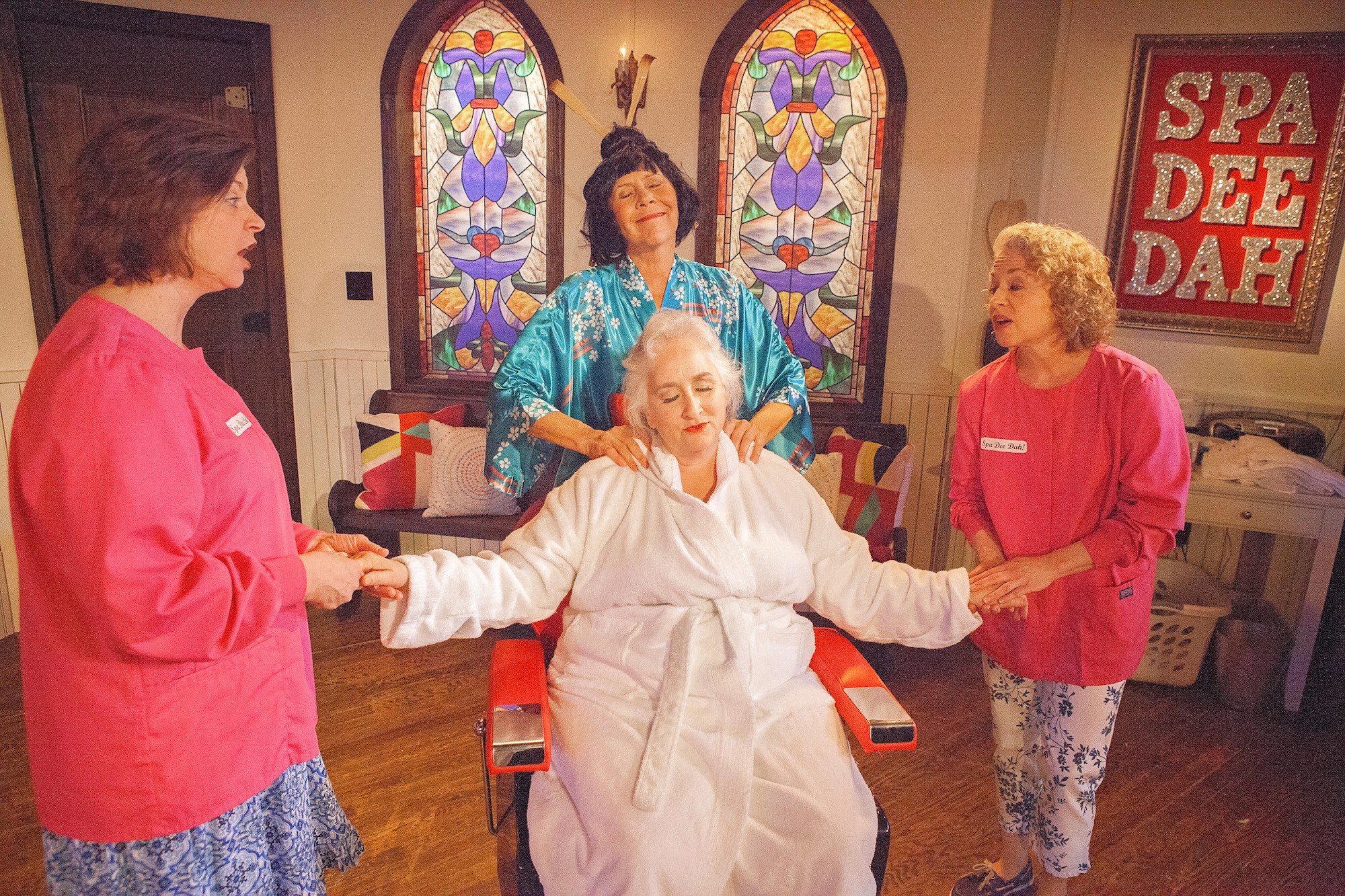 When Swift Creek Mill Theatre closed “The Dixie Swim Club” two years ago, the play was so popular that it still had a waiting list in the hundreds.

The theater brought it back the following summer and again met massive success. Now it’s staging “The Hallelujah Girls,” a not-quite sequel by the same playwriting team of Jessie Jones, Nicholas Hope and Jamie Wooten -- the latter of which served as a writer and producer on “The Golden Girls.”

Sugar Lee (Vicki McLeod) has purchased a dilapidated church in the hopes of turning it into a spa. Her friends worry that she’s invested her nest egg in a money pit, but soon the place is christened the “Spa Dee Dah” and her business takes off. All would be fine, except that rival Bunny Sutherland (Catherine Butler-Cooper) wants the old church building for herself, and doesn’t mind pulling a few underhanded tricks to get it.

Additionally, Mavis (Jody Smith Strickler) is stuck in a loveless marriage, Nita (Jacqueline Jones) is constantly dealing with her son’s run-ins with the law, and Carlene (Jennifer Frank) has had three husbands who all died accidental deaths. Adding a bit of a love story, Sugar Lee’s high-school beau Bobby Dwayne (Richard Koch) has been hired to renovate the spa.

As you’d expect from a play partially penned by a writer and producer of “The Golden Girls,” the show feels much like an older sitcom. The plot is light, the ending is predictable, and the jokes follow a standard setup and punchline formula. That’s not to say it isn’t funny -- a number of jokes are real zingers. Throwing ornery barbs left and right, Strickler is the highlight.

Keeping with the sitcom feel, the show features two wacky minor characters: the holiday-obsessed Crystal (Joy Williams) and the Urkle-esque mailman Porter (Mike White). As Porter, White has an overly exaggerated laugh, and takes up just enough stage time before the character becomes annoying. Unlike the other women in the show, Crystal has no story; she’s there mainly to dress up in holiday-themed costumes like Uncle Sam and act zany. At one point she inexplicably dresses in a Japanese kimono to celebrate Chinese New Year, but luckily any stab at representing Asian culture stops there.

Though it lacks some of “Dixie Swim Club’s” heart -- and can get fairly corny at times -- it’s still pretty funny. If the opening-night audience is any indication, it’ll sell quite a few tickets.