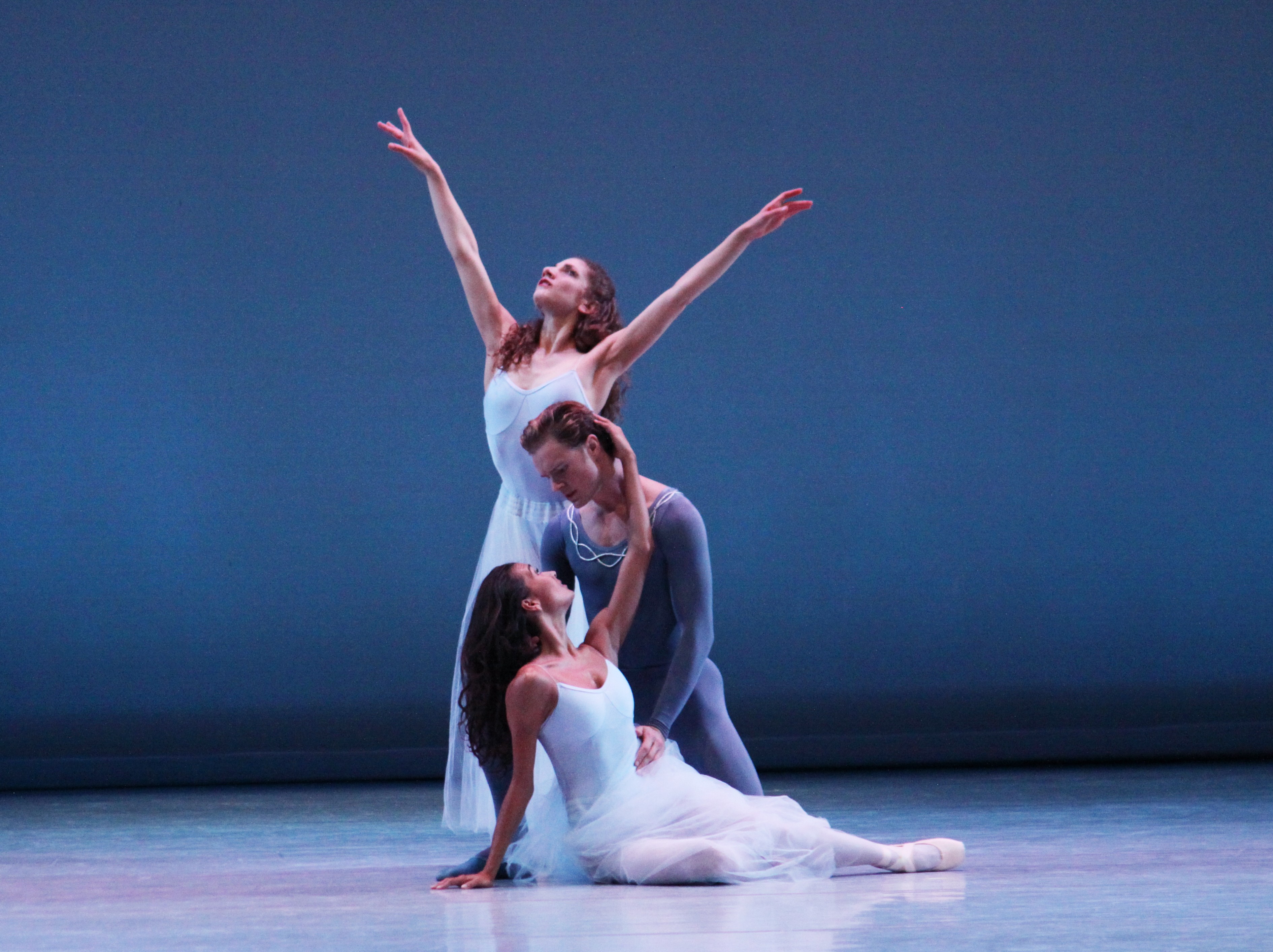 When the curtain rose Friday evening on Richmond Ballet dancers in Balanchine’s “Serenade,” the audience gasped and applauded before a single step had been taken. Pale blue light encompassed 17 women dispersed across the stage, each standing motionless with one arm raised delicately against the light. From the First Dress Circle, the Carpenter Theater stage appeared to float above the orchestra pit, a magical effect that enhanced the ballet’s swirling geometry.

Set to Tchaikovsky’s “Serenade for Strings in C Major,” this early Balanchine ballet -- the first to premiere in the United States, in 1935 -- is a favorite of many dancers and balletomanes alike. Balanchine’s choreography unites music and movement so effectively that they become indistinguishable at times, though he originally designed the piece simply as a study in stagecraft for young dancers.

Richmond Ballet performed the work creditably, despite some unevenness in attack. The dancers scooped and flew through the space, landing jumps lightly, pointe shoes soft on the floor. Some brittleness in the arms and upper bodies, however, detracted from the corps’ expressive power. Cody Beaton, dancing the role known as the “Russian girl”, achieved a lush port de bras which the dancers of the corps would do well to emulate.

The evening’s second work, Jerome Robbins’s “Fancy Free” (1944), shifted from the timeless appeal of “Serenade” directly into wartime New York City and its manners and mores, as three sailors on shore leave tried to find a little fun. The Richmond Symphony, conducted by Steven Smith, romped jazzily through Leonard Bernstein’s score, but the sailors seemed a little off their game, trying to woo some sassy ladies (Maggie Small and Lauren Fagone) but appearing disjointed, perhaps due to opening night jitters. Most engaging was the third male “rumba” solo (originally danced by Robbins himself), performed by Fernando Sabino with charm and mysterious ambiguity.

The program closed with Salvatore Aiello’s “Rite Of Spring” which, for all its athletic jumps, stamping feet, and scant costumes, does not offer a range and depth of movement to match the ferocity of Stravinsky’s iconic score. The dancers, however, attacked the work with relish, and it was a refreshing testament to their versatility that they unleashed some savagery in the wake of the two previous works in such different modes. I found myself wishing, again, that these capable artists had more tools at their disposal, through consistent study of modern dance and/or somatics alongside their classical practice, to achieve a fuller, richer embodiment of contemporary material.

Overall, the dancers transitioned well between the works on this divergent program, and revealed themselves once more as a tight-knit, accomplished and open ensemble – evidence of a consistent evolution over the company’s long and rich life as a lynchpin in the Richmond arts community.