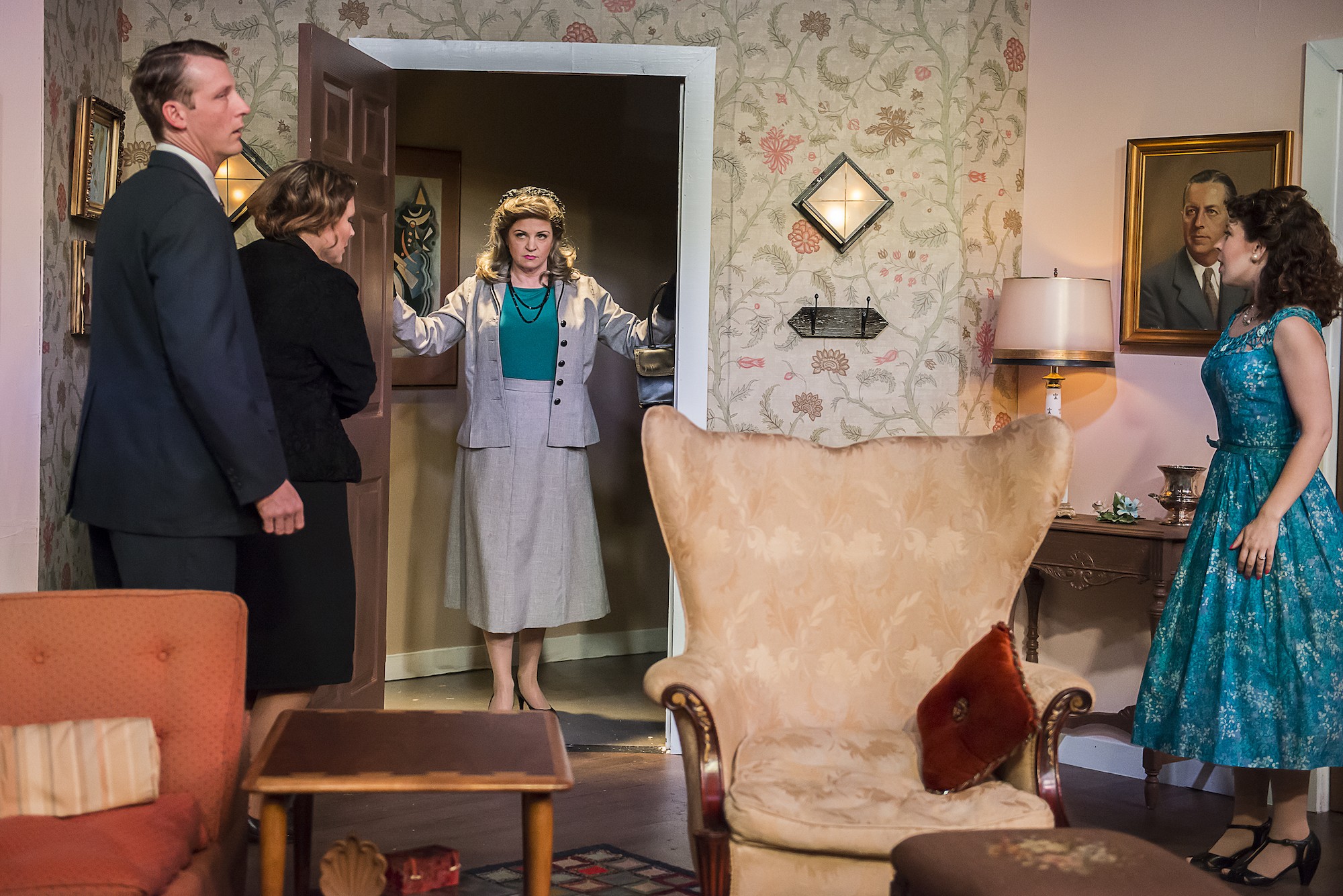 It may seem shocking, but there was a time in America when a politician was able to galvanize popular support by fomenting prejudices toward broad categories of people. Sen. Joe McCarthy didn’t use words as blunt as rapist, but he and his compatriots did call one class of supposed security risks deviants and perverts.

And so it was that hundreds of government employees were kicked out of their jobs for being suspected homosexuals during the lavender scare of the early 1950s, the lesser known companion to the Communist-focused Red scare, and the subject of the surprising comedy at Richmond Triangle Players, “Perfect Arrangement.”

Most surprising is that the broad humor playwright Topher Payne employs, while entertaining, is much less engaging than the interpersonal drama that underlies the laughter. A couple of actors take well to the broad comic stereotypes with winning results, but the play’s bigger impact lies in the meaty moments where actual angst comes through.

Bob (Stevie Rice) is one of the principal administrators of the scare. He works in personnel at the State Department and fields complaints against so-called deviants. At the same time, his marriage to picture-perfect wife, Millie (Louise Ricks), is a sham he uses as a diversion from his actual relationship with Jim (Luke Newsome). Bob’s secretary, Norma (Tara Callahan Carroll) is Millie’s actual lover, and Norma married Jim so that the two couples could share adjoining Georgetown apartments with a secret closet that connects them.

This tenuous arrangement is already wearing on Norma as the play begins. Then Barbara Grant (Jennifer Frank), a woman who played a key role in Millie’s past, ends up in Bob’s crosshairs and the complications start compounding. In an opening scene full of loud banter like something out of “The Honeymooners,” the play also introduces Bob and Norma’s boss, Mr. Sunderson (Jeff Clevenger), and his oblivious wife, Kitty (a very funny Jacqueline O’Connor). The scene sets a campy tone that belies the intensity of what’s at stake, where not only jobs but also people’s entire futures are on the line.

Ricks, in particular, shows great range, projecting a textbook housewife fraying as an insurgent activism emerges. As her partner, Carroll is saddled with a more melodramatic role that she isn’t always able to make realistic. She is worst served by the script’s bipolarity, such funny quips as, “It’s handy when misogyny works in your favor” alternating with clunky dramatic lines like “There’s trouble brewing.”

Rice also suffers as the heavy of the piece, only occasionally given room to show other dimensions of his character. Most appealing is Newsome as Jim, the affable heart of this awkward family unit. His last-ditch appeal to fix the situation comes across as bittersweet and sincere.

Frank chews the scenery with abandon as the larger-than-life omnisexual, Barbara Grant, so much so that a spin-off spotlighting her exploits certainly would sell. All of the cast’s ladies sport dapper, period-appropriate frocks thanks to costume designer Lynn West, and the action plays out on a spacious, functional set designed by David Allan Ballas.

The story hints at many potentially fascinating back stories and ends on a not quite believable note. Still, director Amy Berlin has constructed an enjoyable production that might satisfy many with its comedy but leaves this reviewer hankering for just a bit more drama.