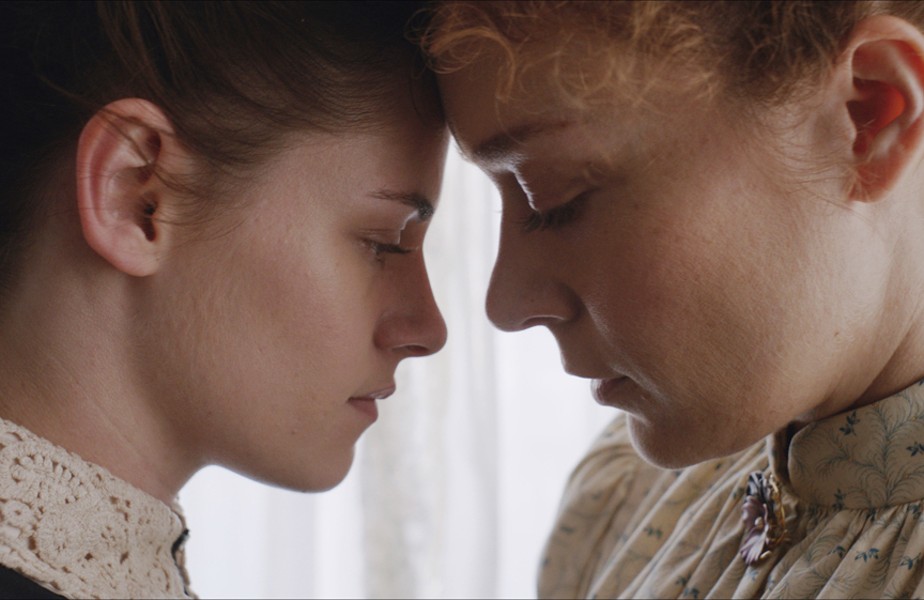 Kristen Stewart and Chloe Sevigny are great actors, but they appear to be as shackled somewhat in "Lizzie Borden."

“Lizzie” updates the legend of Lizzie Borden for the #metoo movement, offering a worst of many worlds: hysterical yet fatally self-conscious camp.

On Aug. 4, 1892, Borden allegedly butchered her father, Andrew, and her stepmother, Abby, with a hatchet in the family home in Fall River, Massachusetts.

Lizzie was acquitted, probably due to her wealth and social station, but became a notorious figure and a kind of pop cultural boogeyman.

Borden’s possible motivations for committing such brutal, seemingly passionate acts have been widely contemplated. In his novel “Lizzie,” mystery writer Ed McBain suggested that Borden had been having an affair with the family’s maid, Bridget Sullivan. It has also been speculated that Borden may have killed Andrew, a successful entrepreneur, over issues of inheritance. In their own “Lizzie,” director Craig William Macneil and screenwriter Bryce Kass ham-handedly fuse these theories.

As the film goes to great pains to tell us, this Lizzie (Chloë Sevigny) is an eccentric who’s relentlessly suppressed by Andrew (Jamey Sheridan), a stern hypocrite who rapes Bridget (Kristen Stewart), relying on the latter’s desperation as an Irish immigrant of low social standing. Abby (Fiona Shaw) is moderately more sympathetic, but is seen by Lizzie, and the film, as a nuisance and a disgrace to her gender.

There’s nothing inherently wrong with the film’s speculations about the Borden killings, but the narrative from Macneil and Kass is simplistic and repetitive. Many details that would lead one to suspect an affair between Lizzie and Bridget, such as the odd discrepancies between their testimonies about the events have been omitted. It’s also inconceivable to the filmmakers that Andrew and Abby may be anything other than sexist monsters overdue for slaughter.

Watching “Lizzie,” one unexpectedly longs for “A Quiet Passion,” Terence Davies’ superb biopic of the poet Emily Dickinson, who was lonely and eccentric and somewhat self-imprisoned, but who was also warm, creative and fiercely unpredictable tweet this

If Andrew and Abby are defined as monsters, Lizzie and Bridget are viewed only through a scrim of oppression. We’re given no clue as what their personalities might be like, other than a reference to Lizzie’s love of birds, which is necessary to the plot. Watching “Lizzie,” one unexpectedly longs for “A Quiet Passion,” Terence Davies’ superb biopic of the poet Emily Dickinson, who was lonely and eccentric and somewhat self-imprisoned, but who was also warm, creative and fiercely unpredictable. Sevigny and Stewart are great actors, but here they appear to be as shackled by their environment as the characters they’re playing.

In “Lizzie,” as in his prior film, “The Boy,” Macneil mistakes moody dawdling for maturity. The sound mix likens the Borden home to a haunted house, with plenty of foreboding creaking and rattling, which is about all there is to distract the audience from the film’s litany of pat stereotypes. This narrative might’ve worked if it had been played as a hothouse drama of thwarted passion in the key of Tennessee Williams’s work, but Macneil stretches scenes that are about little to nothing into insufferable monotony, with arty pauses meant to inflate the wisp of a script. We twiddle our thumbs waiting for Chloë to hook up with Kristen.

Tellingly, “Lizzie” comes to life when Macneil gets to the project’s modus operandi. Tired of her drudging existence under Andrew’s thumb, aware of his abuse of Bridget, outraged over his killing of her birds, and, yes, probably concerned about her inheritance — though this last item isn’t convenient to the film’s vision of Lizzie as a proto-suffragist superhero — Lizzie strips to the nude and murders Abby, which accounts for the lack of blood stains on the crime scene while crucially titillating audiences. In fairness, Sevigny’s nudity has a thematic purpose, as Lizzie is stripping herself of her shackles so as to lash out at the patriarchal, yada, yada, yada.

Late in the film, Macneil springs one unsettling scene. In this version of events, Bridget planned to kill Andrew after Lizzie killed Abby, but collapses in panicked shock, leaving Lizzie to complete the job. Stewart’s playing of this scene is unforgettable, so crushingly vulnerable it lends the entire sequence an aura of authentic violation. For one moment, the film’s lecturing is interrupted by unbridled emotion, which taps into the visceral horror of a household eating itself alive.