A critic's round-up from a weekend full of dance. 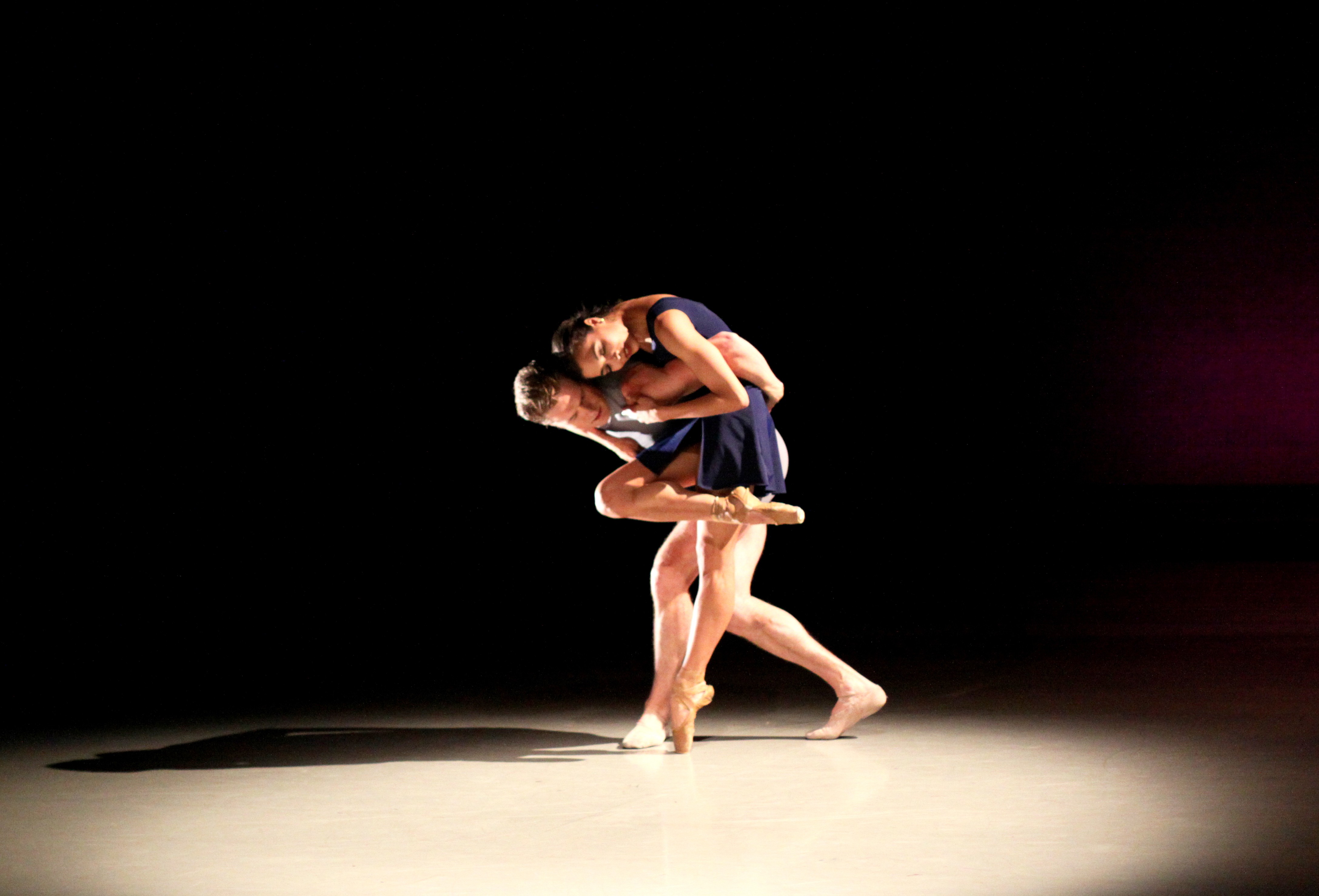 Richmond dance lovers were spoiled for choice this past weekend. Five concerts offered an impressive diversity of styles and aesthetics. There was the contemporary dance of Kyle Abraham/Abraham.In.Motion at the University of Richmond's Modlin Center, the Choreographers Showcase presented by Starr Foster Dance Project at the Grace Street Theater, the Richmond Ballet’s “New Works” program, and the Latin-inspired dance performed to live Portuguese Fado music at Dogtown Dance Theatre, a collaboration with dance company Claves Unidos and music ensemble Fado Nosso.

In particular, the contrast between the Kyle Abraham performance and Richmond Ballet’s "New Works" offered one of the weekend’s great pleasures.

A recent recipient of a MacArthur “genius” grant, Abraham has experienced a precipitous rise to national prominence in the contemporary dance world over the last three years. The Modlin Center presented two works over two nights: “The Watershed” and “When the Wolves Came In,” inspired by (though not set to) jazz drumming legend Max Roach’s 1960 album, “We Insist! Max Roach’s Freedom Now Suite,” itself a celebration of the centennial of the Emancipation Proclamation.

“When the Wolves Came In” was presented in three sections: “When the Wolves Came In,” “Hallowed” and “The Gettin’." In the first section, set to piercing choral music by Nico Muhly, dancers in exaggerated, tall wigs oscillated between classical, almost academic movement consciously and elegantly performed and swirling whiplashes, forward-thrust hips and occasionally crawling on all fours. Were the crawling dancers indicative of the de-humanization of slavery, segregation, or apartheid? Did the wigs indicate a preoccupation with hair as a marker of difference? Or was it simply a way to elongate the dancers’ silhouettes? The choreography offered few clues but remained engaging nonetheless.

“Hallowed” resonated deeply for several reasons: the Gospel recordings of Cleo Kennedy and Bertha Gober, the projected archival images and video of white violence against black folk, and its more concentrated investigation of movement as a repository for cultural history -- specifically the struggle against oppression. In a bowed back, a cool walk with limply held wrist, or a crisp fourth position lunge, Abraham’s three dancers embodied the vicissitudes of oppression, resistance, dominance and assimilation with breath-catching precision and commitment. Dancer Jeremy “Jae” Neal in particular performed with entrancing subtlety.

The final section of “The Gettin’” referenced apartheid with projected images of, for example, Whites Only signs in English and Afrikaans. Six dancers costumed in 1950s-era dresses, shirts and pants devoured the stage to music by Robert Glasper. But the focus of this section was the engrossing, fraught duet between Neal and Matthew Baker or, as it seemed we were intended to view them, a black man and a white man. Despite the specificity of its settings and cultural references, “When the Wolves Came In” provoked more questions than it answered, evoking for an attentive audience a mood of self reflection through its critical gaze at the culture.

This annual tradition in which several (in this case, four) choreographers are given 25 hours of time and space with Richmond Ballet company dancers to create new works, marks one of the Ballet's most vital contributions to the field. Of the four works on the program, two in particular showed an accomplished delight in dance for its own sake. The evening opened with “From My Life,” choreographed by Nicole Haskins, who also dances for the San Francisco-based Smuin Ballet.

Composer Bedřich Smetana’s String Quartet No. 1 in E Minor “From My Life” formed the luscious sonic landscape through which 10 dancers spiraled, windmilled and rocked -- men and women swooping through partnering sequences with infectious exuberance. A few fleeting moments in which the women lent support to the men while they arched backward brought a refreshing glimpse of ballet partnering unmoored from its typically rigid gender roles. In her short time working with the company, Haskins crafted movement in which the dancers looked completely natural and completely delighted -- which in turn delighted their audience.

Matthew Frain’s “Inventory” offered a glimpse into the psyche of a man (Fernando Sabino) seemingly disturbed at what he learns about himself from his reflection (Trevor Davis). Two women (Elena Bello and Sabrina Holland) seemed to serve as foils, a chorus or, more disturbingly, victims of abuse by one or both of the male figures. A score composed by D. Randall Blythe of Lamb of God fame offered an engaging soundscape which grew overwrought by the work’s end.

“Lenten Rose,” as noted by choreographer Rex Wheeler in a short video segment (each work was preceded by brief video introductions to the choreographers), sought to evoke the blossoming flower through dance set to Johannes Brahms’s Piano Quintet in F Minor, Opus 34A.

The final work, “Polaris,” by Katarzyna Skarpetowska, surprised on many levels. In the introductory video, Skarpetowska confessed to never having worked with ballet dancers. She said her work was inspired by images of the so-called “Pillars of Creation,” giant plumes of gas and dust in the Eagle Nebula, the birthplace of many stars, photographed in 1995 by the Hubble Space Telescope.

An ambient score by Fernando Corona and performed by Murcof provided the perfect environment for Skarpetowska’s deployment of dancers as the embodiment of cosmic forces, surging along the floor in a group through pinpoints of light (designed by Brittany Diliberto) or whirling through space in pairs, a man lifting a woman in one long, slight curve, and spinning together in place. The work read as contemporary dance rather than ballet, and achieved what so many performances do not -- it left us full of wonder and wanting more.