REVIEW: Intermission Beer Co.Deserves to Be a Part of Your Rotation 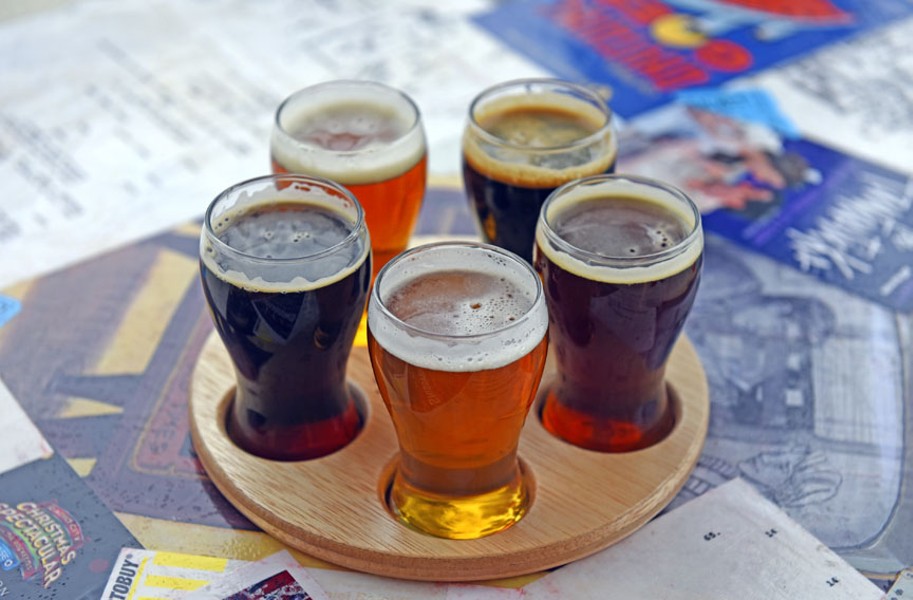 Admittedly, I needed an attitude adjustment.

Intermission Beer Co., the new brewery at Virginia Center Commons, started off on my bad side. Despite my complicated calendar, I rushed there on opening day, Friday of Labor Day weekend. It wasn't open as announced.

I shouldn't have let the first impression dissuade me. Granted, it's not in my neck of the woods, but my need for updated information would have suggested an imperative to experience it firsthand. Finally, three months later, I did.

Tucked beside a Goodyear shop off of Brook Road, it's in a challenging location to attract the regular brewery-hopping crowd, but I was pleasantly surprised. It certainly deserves to be on the regular rotation for those checking out Richmond-area breweries.
On my visit, I ordered a flight of beers. Each one was clean and well executed, with a fluffy head and good clarity.

The English mild — not a style you see every day — offers a caramelly malt goodness for malt lovers, with a hint of dried fruits and molasses in the brown-hued beer. The Fuggles hops tempers the malty sweetness without contributing bitterness or the piney and citrusy American hop notes that can turn off nonhopheads. Better yet, the English mild is a sessionable 4.2 percent alcohol with plenty of flavor.

If you like a hint of smoke in your beer or your whiskey, give the Smoky Wheat a try. Thanks to the wheat, the beer offers plenty of body. The smoke is apparent in the nose and on the palate: not subtle, but certainly not as overpowering as Laphroaig scotch can be, hinting at tobacco. The mild Smoky Wheat is both sessionable and flavorful.

True to style, the pale ale is nicely balanced, with enough malt backbone to both offset and accentuate the Cascade hops. The beer is also spiced with coriander and orange peel, not necessarily to style, but adding a pleasing complexity.

Lastly, the milk stout offers a pleasing way to end the flight. The beer is dark and roasty, with lactose sugars contributing sweetness and a satisfying mouth feel, and sufficient hops to keep the sweetness from being cloying. This would certainly make the menu for dessert, like that Hershey's dark chocolate that finishes off my dinner.

The lineup changes, so if these styles don't float your boat, new releases include the cream ale, Irish red, and Winter Warmer with a cinnamon sugar rim.

The brewery also offers regular events, including game nights on Wednesdays and trivia night every Thursday as well as special events, such as sketch comedy and movies on a projection screen.

In chatting with Courtney and Justin during my visit, I learned the reason for the late opening: An essential part of the tap system didn't show up until much later than promised. I also learned that the Whites later discovered a way they could have opened despite lack of that essential part — the learning curve of any new business.

My reminder for the day: After negative first impressions of a new business, give it a second chance. Pleasant surprises may await. S